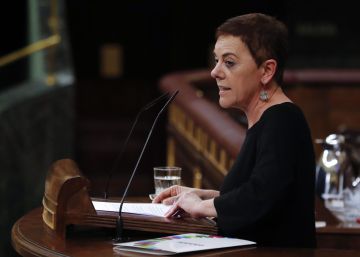 Express rectification. Hours after announcing and sign a pact with Unidas Podemos and EH Bildu for the “complete” repeal of the 2012 labor reform, the PSOE has rectified and now specifies specific points to be repealed, but avoiding talking about a complete repeal. The initial pact was signed to achieve the abstention of EH Bildu in the vote on the extension of the state of alarm, which in reality the Government did not need. Instead, it provoked the rejection of the PNV and Ciudadanos, whose votes were decisive. The economic vice president, Nadia Calviño, has also always opposed the full repeal of the labor reform.

The PSOE has sent what it calls an “explanatory note” to the media in which it states: “Regarding the agreement signed throughout the day between the PSOE, Unidas Podemos and EH Bildu, the first point of said agreement is annulled” , the one that collected the complete repeal. Neither Unidas Podemos nor EH Bildu have said that they also disregard what was signed, so there are doubts about how the agreement is.

All these measures do fit with what the Executive planned to do and do before signing the agreement and, as stated in the government agreement between the PSOE and United We Can. In fact, the Ministry of Labor and Social Economy had already repealed, by means of a Royal Decree, the dismissal for absenteeism.

After this, and to comply with the agreement between the PSOE and Unidas Podemos and now with EH Bildu, it would remain to recover the ultraactivity of the agreements, which allows the automatic extension of labor agreements until the existence of a new agreement and whose validity it was limited to one year in labor reform.

And, finally, the Executive has ratified its commitment to make the agreements of scope superior to the company have an application priority over the latter. This measure aims to end the wage devaluations applied through company agreements, which after the 2012 labor reform were above the agreements of higher levels.

This rectification leaves out other changes that would have had to take place if the labor reform had been completely repealed, such as, for example, the recovery of administrative authorization in the Employment Regulation Files (ERE) as well as in the temporary employment adjustments ( ERTE). The Government would also have had to recover the compensation for unfair dismissal of 45 days per year worked and a maximum of 42 monthly payments or would have had to harden the causes of the objective dismissals, eliminating, for example, the possibility of dismissing due to a forecast of falling earnings. .

The nuanced agreement at the stroke of midnight is signed by the PSOE spokeswoman, Adriana Lastra; that of Unidas Podemos, Pablo Echenique, and that of EH Bildu, Mertxe Aizpurua. Formally, the Government does not sign the agreement, but the two parties that form it do so.. And, according to the statement in which the socialists rectify, the rest of the signed agreement remain.

Specifically, it will allow local, regional and autonomous entities to have “greater capacity to spend on public policies aimed at alleviating the social effects of the crisis.” They also undertake that the expenses on social policies of local entities are excepted from the computation of the spending rule and that the debt capacity of the Basque Country and Navarra is established exclusively based on their financial situations.

Already during the debate, the spokesperson for EH Bildu in the Congress of Deputies, Mertxe Aizpurua, took the derogation for granted after the Prime Minister, Pedro Sánchez, took the abstention of this group for the request. of the fifth extension of the alarm state. He did it in his second turn in the parliamentary debate after which the authorization of Congress for this new extension will be voted. In the first, he had announced that EH Bildu was negotiating with the Government the complete repeal of the labor reform in exchange for the meaning of his vote before the fifth extension, which was debated between ‘no’ and abstention ‘.

In his response to the parliamentary groups, Sánchez had thanked EH Bildu for his abstention and had assured that the Government’s commitment to repeal the labor reform “remains indelible”, but without qualifying whether it would be a total derogation or not or to relate it to any type of agreement with the abertzale group. “He has been a little ahead of me, he has taken our abstention for granted,” Aizpurua replied, thanking him with a certain sarcasm that he did not have to extend his second intervention to announce it. But then he added: “I understand that they have accepted the agreement for the complete repeal of the labor reform.” And he celebrated: “When there is political will, you see that it is possible.”

During the debate in the plenary session of Congress, Aizpurua, has alluded to this negotiation with the Government to culminate a “complete” repeal of this labor reform, ensuring that this agreement “would mean recovering a part of dignity for the workers and returning them a minimum of security”.