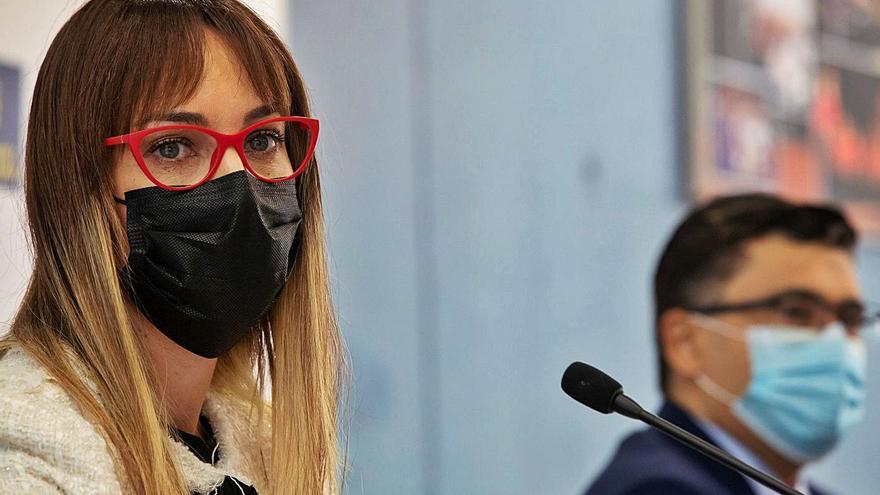 The trigger for this maneuver by the socialist group has to do with the differences of opinion with Morales regarding the measures to be adopted due to the different conflicts, labor and administrative situations of doubtful legality in the Orchestra, which affect and involve the current titular and artistic director Karel Mark Chichon.

On the one hand, the three lawsuits and investigations underway for alleged workplace harassment within the OFGC, which implicate Chichon, with a contract until 2023, which is also null and void, according to the legal services of the Cabildo; and on the other, irregularities that are attributed to the director between unjustified expenses and the hiring of backup musicians for one million euros.

The demands have been formulated by the manager of the OFGC, Christian Roig, in this case referring to protection of the right to moral integrity, the right to honor and moral harassment in the workplace; the head of production of the Philharmonic, Isabel Turienzo; and one of the staff musicians who is off work. Regarding the latter two, the Cabildo has received external reports from the company Igualia in which there are signs of workplace harassment by Chichon.

None of this was discussed yesterday at the appearance of Guacimara Medina and Miguel Ángel Pérez at the headquarters of the Philharmonic Orchestra to give an account of this decision as a result of the “rejection” of the socialist group of the management of the OFGC Foundation. “It is an exercise of political responsibility,” said Medina to justify this resignation without going into more detail than the insurmountable differences with Antonio Morales regarding the Orchestra. “We do not ask for absolutely anything in return, it is not an agreement between the parties,” stressed the insular Minister of Culture.

According to Miguel Ángel Pérez, “for a long time we have not shared the vision or the form of management that the president of the Cabildo, Antonio Morales, intends, and for consistency, for responsibility, we have decided to renounce our powers in the OFGC Foundation.”

A decision, which, as he reiterated on several occasions, “does not condition any signed agreement or previous pact with our government partners and we want to guarantee stability to the island government pact, which today governs Gran Canaria.”

The problem is with Antonio Morales and not with Nueva Canarias. “Above the personal whim of the president of the Cabildo, there is the stability and well-being of Gran Canaria society,” Miguel Ángel Pérez published yesterday on Twitter after making his resignation public.

Before, he made it clear that “this does not affect the relations of the socialist party with our government partners, Nueva Canarias and Podemos, but I would like to make it clear that it is an obvious discrepancy with the criteria by Antonio Morales regarding the form to manage the orchestra and to participate in the day-to-day administration of the Foundation ”.

“The resignation is timely”

Medina and Pérez insisted yesterday that “resignation is the right thing to do at this time” since they consider it impossible to redirect a situation with bitter positions on the future of Karel Mark Chichon, who has the support of Morales, as he has been stating: and the current manager Christian Roig, who has been questioned by the president.

“Visions are not shared, we do not agree on the management model to follow [en la OFGC], we step aside and continue with the management ”in the rest of the Culture areas, Medina said. Neither the counselor nor the vice president consider that the departure of the OFGC Foundation can be classified as a political failure. “On the contrary,” stressed the Minister of Culture. According to Medina, in the year and a half in the presidency of the Foundation “the general interest, the good of the entity and always attending to the inalienable criteria of transparency, legality and the correct management of the public service has prevailed”.

In this sense, he showed that “nothing has diverted us at all from this path and in the face of the difficulties, which no one is hiding, that this Foundation is going through, which have not been motivated by this president at all, we understand that there are decisions that must be taken for the benefit, and ensuring the interest of the entity and the vocation of public service ”.

It is also a matter of “coherence”, in the words of Miguel Ángel Pérez, since the discrepancies with Morales have aborted any consensus on the OFGC. “We have tried to negotiate on several occasions, and we have a different political project that we have repeatedly wanted to put into practice with interference from the president of the Cabildo, Antonio Morales. We do not participate in those decisions ”.

Among the “intrusions” referred to by the vice president of the island institution, who yesterday avoided any answer about what the problems are in the Orchestra, and what is not working in the OFGC – “the question he asks me has many slopes ”, he limited himself to saying-, it should be remembered that in mid-January Antonio Morales withdrew and returned within 24 hours, with two decrees, the powers to Guacimara Medina in the OFGC. With this, he had access to documentation of open litigation in matters of workplace harassment. “In recent months there have been numerous incidents,” said Miguel Ángel Pérez.

“The president of the Cabildo is responsible for making decisions now,” said Pérez when asked about what is going to happen to the director, the manager, and the other complaints. The circumstance occurs that the manager Christian Roig, in the position since last July this weekend exhausts the duration of the contract in test. Regarding Roig, Pérez acknowledged that “the manager has done his job as we believe he should have done, and we understand that predicting the future is not appropriate and I believe that it is not appropriate to give information.” And he recalled that “from now on, other people will occupy the responsibility of the OFGC.”

Guacimara Medina did announce yesterday that “the lawsuits already have a date” to resolve the judicial fronts, although he did not reveal them and refused to make any statement in this regard.

“Cessation of duties” and “cowardice”