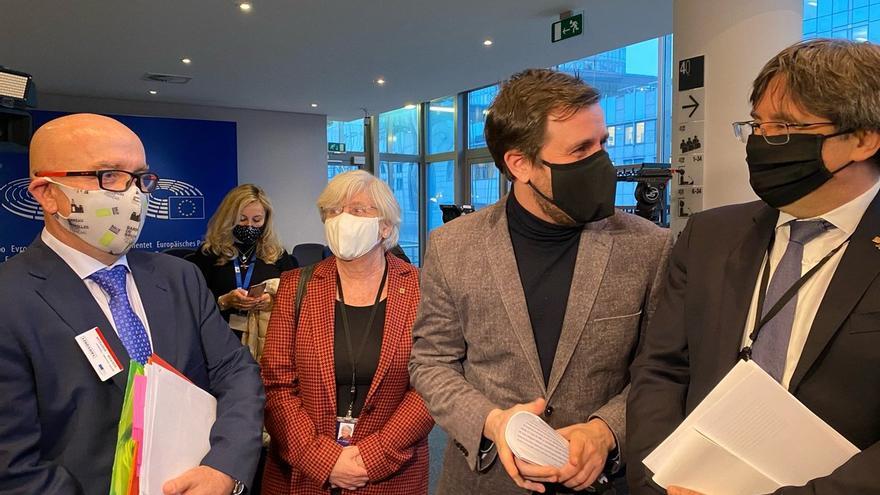 The PSOE reserves, for now, to announce what it will vote on Tuesday in the Legal Affairs committee, which is dealing with the lifting of the immunity of the former president of the Generalitat Carles Puigdemont and his former councilors Toni Comín and Clara Ponsatí. The request has been made by the Supreme Court, a body considered not competent by the Belgian Justice in the case of the euro order of former Minister Lluís Puig, and the phase of the appearances of the three MEPs in the commission on January 14 has already passed . “Our position is respect for the rule of law”, says the president of the Socialists in the European Parliament, Iratxe García: “We have to wait to see what it says in the report and therefore to be able to say if we are going to vote for for or against what that report establishes “.

This whole process comes, a week after the elections of February 14 in Catalonia, which gave victory at the polls to Salvador Illa (PSC), although a reissue of the pact between independentists may place Pere Aragonés (ERC) as president with the votes of Junts, the party of Puigdemont.

Now, it is the turn for the speaker of the three cases, the ultra-conservative Bulgarian Angel Djambazki, from the group of European Conservatives and Reformists (ECR, the Vox group), to present his report on Monday 22, when it will be debated. The vote is scheduled for the next day, February 23, if the agenda does not change.

Djambazki participated in March 2019 in an act in the European Parliament with the secretary general of Vox, Javier Ortega Smith, and the now MEP, Jorge Buxadé, in which Ortega shouted: “Puigdemont, to prison.”

“We defend the rule of law”, responds Iratxe García, president of the European Socialists in the European Parliament when asked about the position of the PSOE and the socialist group regarding the lifting of immunity: “We do not know what will be vote [en relación con el informe que presentará el ponente] and from there, we’ll see what we decide. We do not know whether or not the immunity of these deputies will be suspended. We will have time to decide what we are going to do in relation to the supplications. ”

But is the position of the socialist group and the PSOE delegation to lift immunity? “We go in parts”, responds the head of the PSOE delegation, Javier Moreno: “And following the procedures as have been followed for all suspensions or parliamentary immunity protections. In this case it is not different from the thousands that have been before “.

“Respect for the rule of law,” García insists, “is the position of the socialist group.” And is there any interference between this issue and the negotiations in Catalonia at the moment? “Honestly”, affirms the president of the S&D, “I do not see any interference. I insist on this issue, the Socialist Group is very clear that its position is always the defense of the rule of law.”