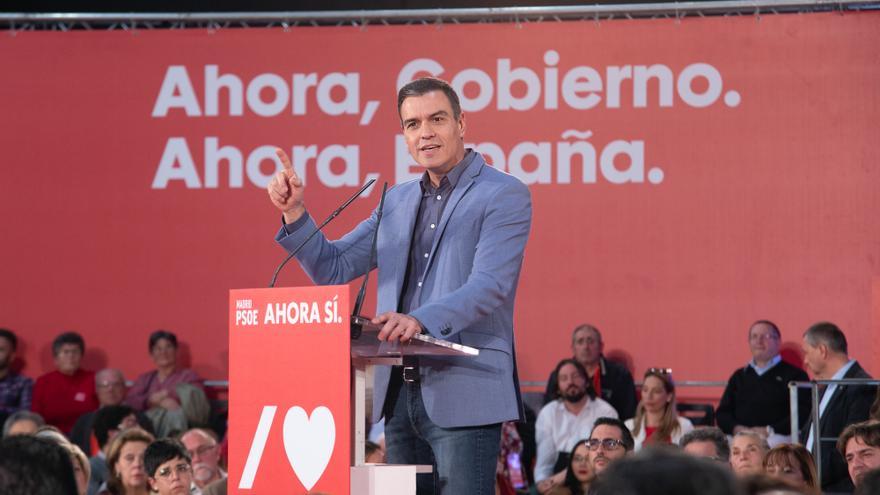 2021 is the year of renewal in the PSOE. The Socialists’ calendar is in red because three and a half years have passed since they held the last congress, in which Pedro Sánchez prevailed and configured a party to suit him, and they have until June to celebrate a new conclave in time and shape. However, the PSOE leadership has decided that the 40th Congress be delayed until the second half of October. This delay will have a domino effect on the regional processes, which are held in a chain after the federal one.

Sánchez wants to hold a congress in person and within the maximum possible normality. So summer is still early. Although the intention of the Government is to reach that moment with 70% of the vaccinated population. The party statutes establish that they will have to be held “between the third and fourth year from the previous ordinary congress.” The act in which Sánchez was acclaimed after his victory against Susana Díaz and Patxi López was held in mid-June 2017. The Executive held this Monday, led by the Deputy Secretary General, Adriana Lastra, in the absence of Pedro Sánchez, who was at a meeting of the civil protection committee, has established that it be postponed to the second half of October, according to sources present at the meeting. Sources from the socialist leadership maintain that the postponement is practically negligible –especially in the absence of general elections in sight– and admit that it will affect the regional and local processes to a greater extent.

The Federal Committee, the highest body between congresses and the one in charge of convening them, which meets blended on Saturday, January 23, will agree to postpone that conclave. The meeting has been postponed for a week – it was scheduled for January 16 – due to the emergency situation due to the storm Filomena and the subsequent cold wave. This is the first meeting of this body, which has to meet regularly at least twice a year, from February 15, 2020. In addition to addressing the issue of congressional processes, the meeting will serve as the starting signal for the Socialists for the next course. Sánchez will also make a management balance -which coincides with the completion of one year of the coalition- and an assessment of the pandemic, according to socialist sources. Only Sánchez and his hard core will participate in person from Ferraz, as established by the coronavirus restrictions, and the rest of the members – about 300 – will do so by videoconference.

Sánchez wants to come to that congress with the wind in his head: in the Government and with the pandemic practically defeated. The secretary general faces a radically different conclave from four years ago, when he took back the reins of a PSOE split in two after one of his most bloody battles, although he made a party to suit him with a marked presidential character in which the territories lost a lot of power. The pyramidal composition of the party causes discomfort in the federations, although Sánchez has little internal response. “We have to find a middle ground,” says one of the territorial leaders who supported him four years ago. However, in Ferraz they do not expect any shock.

Despite the times, the congressional drums were already sounding in the PSOE before COVID-19 hit the world and the socialist leadership had come to consider celebrating it at the end of 2020 or in the spring of 2021. Sánchez’s goal is renew the Executive and surround yourself with profiles with greater political weight than the current one, in which he placed those who had been by his side in the desert crossing of the primaries. In fact, early last year incorporated to the Permanent Commission ministers with PSOE cards.

Where this internal noise has not stopped ringing has been in Andalusia, one of the territories in which the Socialists take the war for granted –also in Galicia, although to a lesser extent, and specific relays in federations such as the Basque Country–. After the loss of the Junta for the first time after decades of uninterrupted power, Ferraz pointed out to Susana Díaz the exit door, although until now there has been a truce. However, the armies have been rearming in recent months. The general secretary of the PSOE-A has been in the internal campaign for a long time and is willing to fight to stay at the front, but she has been making enemies over the years who are working on a joint candidacy with which to confront her. For now, the one who has positioned himself the most is the deputy spokesman in Congress, Felipe Sicilia, although in the increasingly swollen critical sector they maintain that they will first raise a project and then the candidate will come, that they assure that it will be of consensus.

That critical bloc with Sicilia at the head openly advocates a change in the PSOE-A after the debacle of 2018. The latest barometer of the Andalusian CIS predicts a victory for the PP of Juanma Moreno Bonilla in the face of the retreat of the Socialists. In the federation there are more and more voices that believe that with Díaz at the helm that trend will not be reversed. Despite the fact that the alternative is not yet outlined, the former president is gaining time and will play the card of the proximity of the elections so that the party does not open on the channel shortly before the elections.