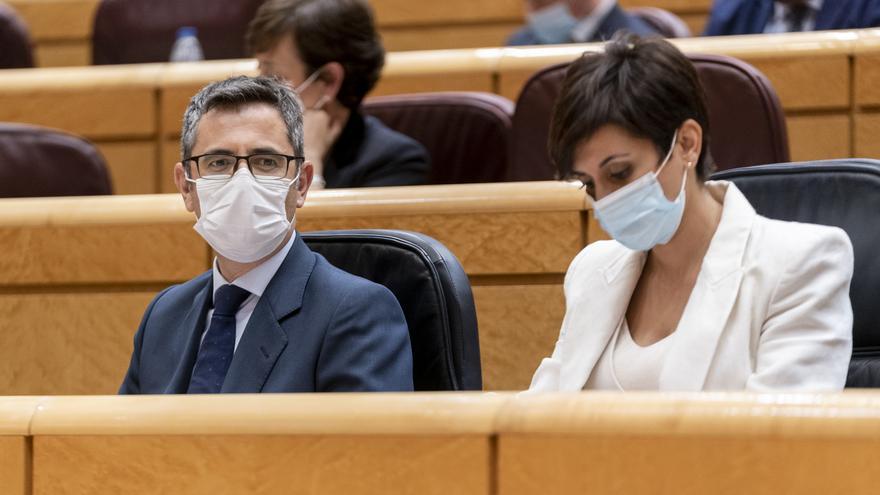 Third change. What the 39th Federal Congress approved, the 40th will suppress. At least to modify the article that prevented a PSOE member from simultaneously holding more than one directly elected institutional or public position. The precept had a “trick” because it was, in the end, the federal direction that could establish exceptions as it did. Everything so that the ministers can be part of the federal leadership of the party. We are talking about article 557, which spoke of the incompatibilities of public and organic positions, and that in order to be mocked he needed a reasoned report from the regional Executive Commission so that the Federal, later, authorized the compatibility to simultaneously hold more than one institutional position or public of direct election by a / same militant.

The impediment now disappears after the new socialist conclave so that Sánchez can include four of his ministers in the leadership. The head of Territorial Policy and Government spokesperson, Isabel Rodríguez, join the command of Ferraz; that of Science, Diana Morant; the Minister of the Presidency, Félix Bolaños, and the Minister of Education, Pilar Alegría. All as members, without a specific area of ​​competence.

Sánchez elevates Jaen Felipe Sicilia to the spokesperson, who will leave the leadership of the socialist group in Congress, to be the face and voice of the party. The promotion of the national deputy takes place after his name sounded like a possible parliamentary spokesman, a position that finally fell to the Canarian Héctor Gómez. He thus replaces the mayor of Valladolid, Óscar Puente, who only held office for a few months.

The general secretary of the Socialists received all the barons until an Executive was appointed that, in principle, it was thought to close in the early afternoon and that was completed around midnight. The cabals and the tension between territories to close the puzzle were not in any case as in previous conclaves, where it was common for the addresses to finish squaring at the wee hours of the morning. This time there was not even tension between territories. Harmony and good roll who have presided over the entire congress also spread in the negotiations between Sánchez and his main barons, a task in which he was accompanied by the Deputy Secretary General, Adriana Lastra, and the Secretary of Organization, Santos Cerdán.

Juan Espadas will be responsible for the Federal Policy Council; Alfonso Rodríguez Gómez de Celis will face Municipal Policy, Guillermo Fernández Vara as head of regional policy. Andrea Fernández, the youngest national deputy of the socialist group will be responsible for Equality. Adriana Lastra and Santos Cerdán continue as number two and three of the party; Javier Izquierdo in Electoral Action and Llanos Castellanos will lead Institutional Relations and Justice. All outgoing directors will be members of the new Federal Committee, the first third of which has already been elected by this conclave.