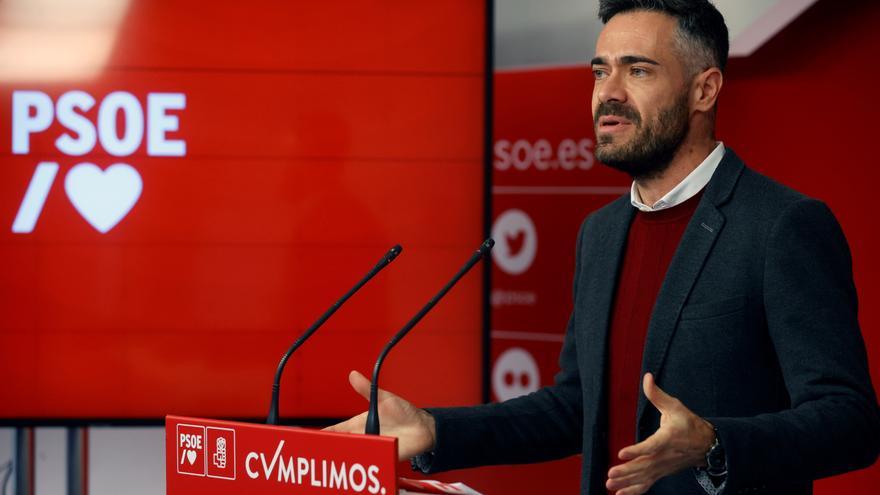 "I can understand that there are different approaches in a formation like Podemos, but the Government is clear: all the ministers are clear that foreign policy is directed by the president. There is no division in the action of the Government or in the Government as a whole" , said the socialist spokesman, who has come to ensure that "no member of the Government" has questioned Pedro Sánchez's decision, despite the fact that Ione Belarra and Irene Montero have made it clear that they do not share it. "All the members of the Council of Ministers have supported the Prime Minister," she added.

The tone was raised by the two ministers in an act this Sunday in which the leader of Podemos spoke of the "war parties" when referring to those who have defended the sending of weapons, as the PSOE has done. However, the party's spokeswoman, Isa Serra, denied this Monday that she was referring to the majority shareholder. What Sicily has not wanted to reveal is whether the Socialists have contacted the minority partner to try to reduce the clash.

"This is not the party of the war," Sicilia has defended. "The PSOE is committed to peace and has been against any illegitimate war such as the one in Iraq, as we are against this, which is an illegal war, it is a true invasion, it breaks international legality, but in favor of solidarity that the Ukrainian people ask of us to protect and defend themselves", he pointed out regarding the decision to send weapons to Volodímir Zelenski. Sicily has claimed the PSOE's 'no to war', as Pedro Sánchez did in his speech before the Federal Committee in which he reminded Podemos that "diplomacy has not been lacking" before the Russian invasion.

What the Socialists are warning about is that the war will have consequences for the economy and they take the opportunity to ask all the political forces to "join the great agreement that is beginning to take shape between the Government and the social agents." The appeal is made especially to the PP with the hope that Alberto Núñez Feijóo will give a change of direction to the type of opposition that Pablo Casado has made. Thus, they urge him to renew the General Council of the Judiciary as well as other pacts, such as the one on income that Moncloa intends to launch together with unions and employers, the effects of the war "be the least painful."

The PSOE is also pressuring Feijóo to demonstrate the moderate profile attributed to him. The Socialists consider that the first litmus test will be this Thursday during the composition of the Cortes. Sicilia has raised what the Galician president is going to do in Castilla y León "if he is going to give him a vice-presidency and the possibility of entering the government or wants to get away from that extreme right that does so much damage, among other things, to the rights of women".

"Feijóo must clarify whether it is in mere renewal or regeneration," said the socialist spokesman, who considers that more than a "renewal cycle" the PP needs to regenerate itself and "leave behind that systemic corruption in which it has always been immersed". The PSOE calls on Feijóo to "allow" the investigation commission that the PP has rejected in the Madrid Assembly so that "the contracts are clarified (...) by finger [Isabel Díaz Ayuso] to your brother".