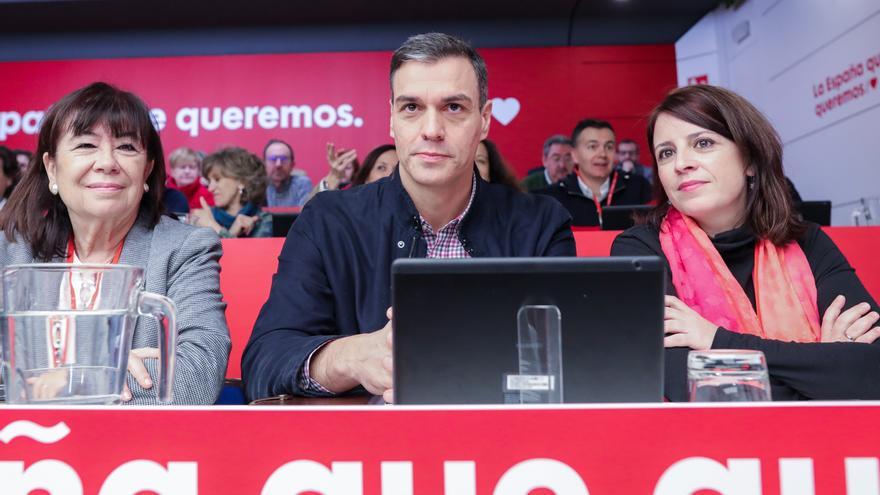 The PSOE enters the pre-congress phase. The Socialists will approve that Saturday in a Federal Committee held blended in the calendar for the 40th Congress, which will take place on October 15, 16 and 17. It is a slight delay with respect to what the statutes establish, but Pedro Sánchez wants to guarantee a conclave with a certain normality once the pandemic is practically exhausted. The PSOE will also propose to the federations that all the regional renewal processes are finalized before the end of 2021 to have margin before the electoral processes of 2023.

“In the socialist conclave, the proposal to hold their subsequent regional congresses before the end of 2021 will also be transferred to the different federations, in such a way that the regional and federal bodies and leaderships are renewed, before the start of a pre-electoral period and electoral in 2022 and 2023 “, reports the PSOE in a press release after the meeting of the Permanent Commission of the party. “Facing the next Congress, the socialist leadership advocates greatly strengthening the task of the party and, by extension, reinforcing and renewing in some cases the regional leadership to make the PSOE competitive in all territories,” the note adds.

Sánchez’s idea is to strengthen the party’s leadership by giving it greater political weight. The current Executive is made up of leaders who were faithful to her in the battle of the primaries against Susana Díaz and the only integration was that of Patxi López, who also fought for leadership on that occasion. Once in Moncloa and with the party recovered electorally, Sánchez wants to turn the page. In Ferraz they do not doubt that it will be a quiet congress in which Sánchez will revalidate his position as general secretary for another four years.

Also, most federations will have more or less calm processes and the main battle is anticipated in Andalusia, where Susana Díaz wants to continue at the head of the federation, but more and more voices are added against her. While waiting for a signal from Sánchez, in Ferraz they assume that there will be a fight. The delay of the congress plays in favor of the former Andalusian president, and more so given the possibility that Juanma Moreno Bonilla opted for an electoral advance that would give him arguments not to open the organization on the channel, but the Federal Committee will establish that it be held as soon as possible in 2021.

There are also expectations of a fight in Galicia and it is not ruled out that there is one in Madrid, a traditionally convulsed federation. In Euskadi, renewal is also planned.