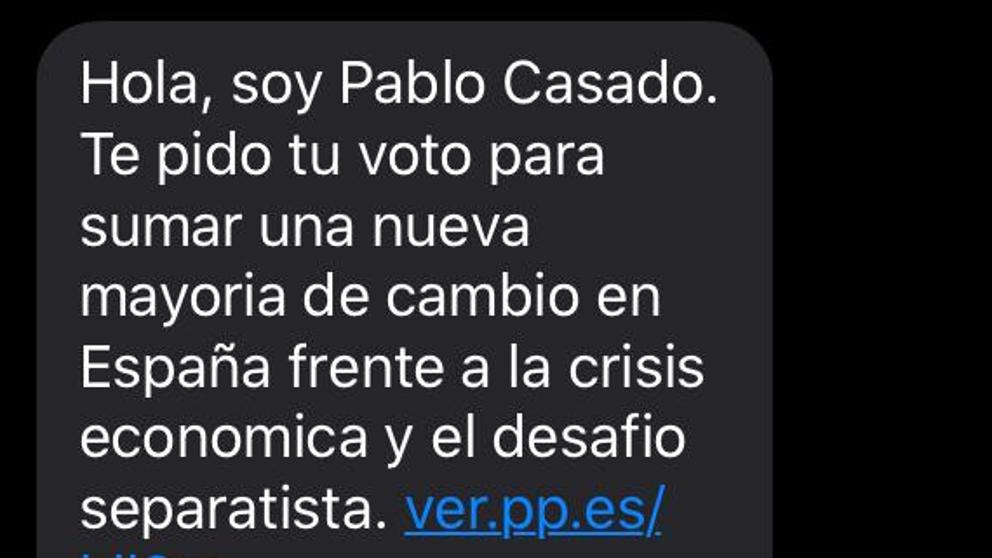 He PSOE has requested in writing to the Spanish Agency for Data Protection (AEPD) to investigate he mass shipping text messages to mobile carried out by the PP on behalf of its president, Pablo Casado, asking for the vote in general elections of this sunday. Santos Cerdán, secretary of Electoral Action of the PSOE, has submitted a letter to the AEPD urging this body to initiate an ex officio investigation regarding that initiative of the PP on the last day of the election campaign and that reached 1.2 million Spanish people.

In the letter, the Socialists echo "a serious concern of the Spanish" for what they consider a "possible violation of data protection legislation." Specifically, they ask that it be clarified if the personal data that has been used for the submission has been obtained on web pages and other sources of public access and if that submission has been made to people entitled to vote or indiscriminately.

They also stress that the recipients have not had the possibility to exercise their rights, especially the right of opposition, "generating absolute helplessness towards the processing of personal data."

Sources of the PP explained yesterday that they obtained the telephone numbers of a database provided by a marketing company among those who have shown a favorable disposition to be contacted by message to receive communications on occasion.