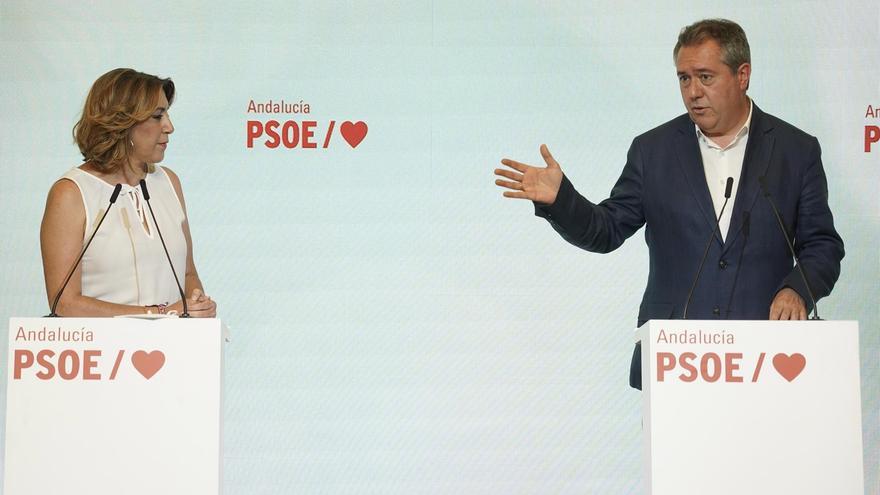 Juan Espadas could be proclaimed secretary general of the Andalusian PSOE on July 23, as long as no more candidates are presented for the primary process that the Andalusian socialists now open to elect their highest representative. If in the end there are more applicants who achieve the corresponding endorsements, this designation would be delayed until September 5, in an accelerated calendar that has been designed to transfer all organic power to the winner of the primaries to be candidates for the Board. Of course, this whole process will take place with Susana Díaz as general secretary since she is not expected to present her resignation, so the formal replacement will not occur until the regional congress, scheduled for the end of the year.

However, by jointly presenting this roadmap, Díaz has sworn and perjured that all decisions will be made by Espadas, as he insists that has been happening since he was the winner in the June 13 primaries. “I am loyal to the PSOE,” he stressed, while predicting a “quiet, coherent and transparent” transition process.

The advancement of the appointment calendar, with the opportune blessings of Ferraz, will be endorsed by a steering committee of the PSOE-A that will be held on July 12. In this way, as Espadas has pointed out, the replacement will be carried out without the need for “an abrupt and divisive process” such as a manager, which in his opinion “was neither necessary nor the best for the party”.

Díaz will continue as an Andalusian parliamentarian, although everything indicates that his destiny in the short term will be the Senate. And she will also continue as general secretary in fact, although Espadas has reiterated that “de facto” it will be he who has all the power. “The direction of regional politics corresponds to Juan Espadas,” Diaz has added.