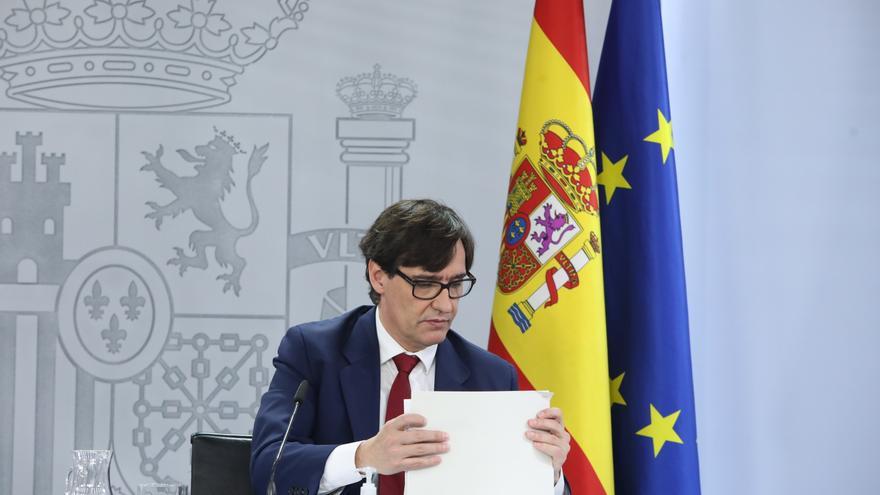 All the polls in recent months have predicted that ERC was in a position to win the Catalan elections with a comfortable advantage, but the race, just over a month before the election date, could have turned around. This is stated this Friday by El Periódico, which publishes a Gesop poll that predicts that the irruption of the Minister of Health and candidate of the PSC, Salvador Illa, could catapult his formation to the first position and become the winner of the elections on February 14.

The survey, carried out between January 4 and 7, predicts that the change of Miquel Iceta for Illa as a candidate would cause the Socialists to obtain up to eight more seats than a month ago, reaching up to 36, the same as Ciudadanos in the past elections. In voting estimation, the PSC’s rise is just over 5 points, reaching 24.1%. The newspaper explains that the key to the good results of the Socialists is their voting loyalty, which would reach 71.5% thanks to Illa’s candidacy.

The collateral effect of the growth of the socialists is that the whole board moves. The jump of the PSC, from the third position to the first, would displace ERC and Junts, which would be in second and third respectively, and with a percentage of votes worse than in 2017 in both cases.

Both pro-independence formations would go down with between three and five less deputies between the two. In fact, if the pro-independence bloc wanted to re-form a joint government, it should rely on the CUP, which would obtain between seven and eight seats. The good forecast of the PSC also influences the decline in the numbers of En Comú Podem, which would remain in a discreet range between 6 and 7 deputies. The same poll shows that the voters of the ‘commons’ prefer Illa as president rather than their own candidate, Jéssica Albiach.

The so-called ‘Illa effect’ does not suit those of Inés Arrimadas either, who do not hit bottom and continue to lose seats in the Parliament with between 12 and 13. The PP could also go down one, staying with between 6 and 7, as well as Vox, which continues to enter the Parliament but with less momentum than was predicted, obtaining between 5 and 6 representatives.