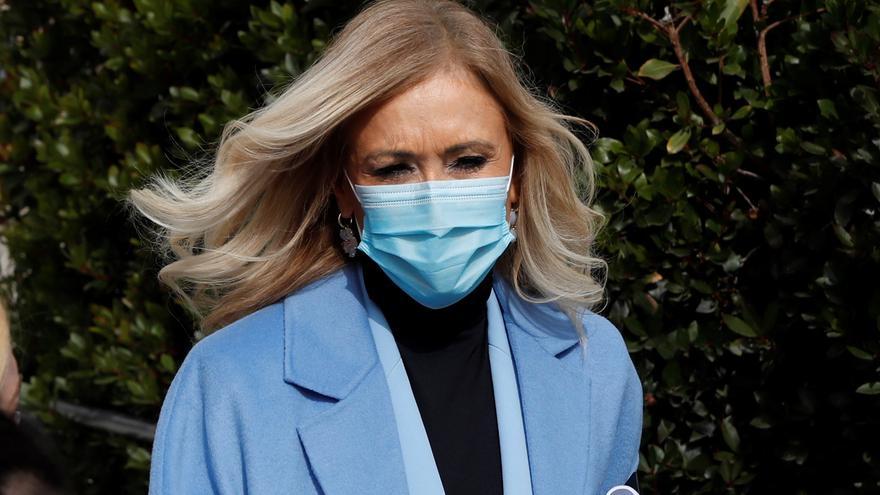 The Provincial Court of Madrid has refused to reopen the case against elDiario.es journalists Ignacio Escolar and Raquel Ejerique, who uncovered Cristina Cifuentes’ false master’s degree. The former president of Madrid had asked that the case against them be reopened after an investigating court in Madrid closed the investigation, considering that they did not commit a crime of discovery and disclosure of secrets and indicated that their information was protected by the right to freedom. of information that the Constitution collects.

That decision was appealed by both Cifuentes and the Rey Juan Carlos University, where the former Madrid president obtained a master’s degree in 2012 with the falsified notes.

In his appeal, Cifuentes insisted that the journalists of elDiario.es had committed a crime of revealing secrets because they had access to confidential data, which were transferred by a professor -also investigated in the case- “to create an absolutely untrue news regarding of a student “. “It is added that the data disseminated, registration fees, proof of delivery of the title, etc., exceed the limits of the right to freedom of information in its collision with the fundamental right to the protection of privacy”, adds the order .

The University, for its part, insists on the responsibility of several of its workers in accessing the Cifuentes file and expressly points out the professor, Salvador Perelló, who admitted having sent the file data to the media. This professor declared that those documents had appeared in his mail from the University and that he did not know the origin.

The order insists, as did the investigating judge, that there is no evidence that the journalists had contact with Perelló: “No connection with the rest of those investigated has been proven, nor that they were aware of the illegality in obtaining the data published, but they were aware of the public relevance of the information and the veracity of the publication made. ”

“The data published was strictly essential to fulfill the intended purpose of justifying the veracity of the news, having proceeded to cross-out, either by those investigated or by those who provided them with the documentation, of the personal data, so that no published any data not related to the news and the data published was strictly limited to the “newsworthy”, limiting itself to the legitimate exercise of the fundamental right to freedom of information “, argue the judges

The Provincial Court recalls that the investigations of elDiario.es and the information on the Master’s case fulfilled “all the necessary requirements to overcome the constitutionality canon: namely, the information disseminated had public relevance since it referred to the then President of the Community of Madrid, and the published data were truthful, they were contrasted, and no more data was published than those that were understood to be indispensable for this purpose “.

Finally, they maintain that there is no evidence that they knew the illicit origin of the published data: “The silence about how the information was obtained and all the circumstances to publish it is due to the exercise of professional secrecy, with constitutional scope, and this Silence should not be interpreted as a suspicion of having acted with knowledge of the illegality of obtaining the data, but as a constitutional right to receive truthful information and professional secrecy in the exercise of this freedom, as indicated above. ”

“It is not possible to attribute unauthorized access to the URJC database, appropriation of the complainant’s protected data and transfer thereof to the detriment of a third party, or publication of said data with knowledge of its illicit origin, to any of those investigated “, responds the Provincial Court. The arguments are similar to those of the investigating judge: the computer system did not collect which specific users accessed and therefore it is impossible to identify them. There were 400 authorized users.

The court recalls that in its appeal, Cifuentes requested the statement of the journalist Javier Negre and the identification of several users of the internal system of the Rey Juan Carlos University. The judges respond that his claims are not properly argued and that there is no relationship between the evidence he asks for and the conclusion he wants to reach.

“A different matter is that the appellants are not in agreement with the order that agrees the dismissal, but it must be remembered that the effective judicial protection does not suppose a right to obtain a favorable resolution”, add the judges.