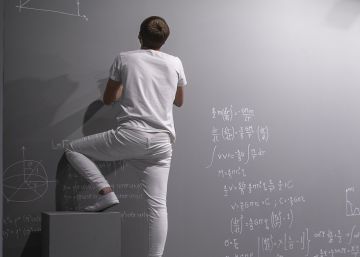 Arco acts arbitrarily in the selection of the gallery owners participating in each edition. It was said a year ago by the Court of First Instance number 81 of Madrid and now confirmed by the Civil Provincial Court of Madrid, which underlies the appeal of the contemporary art fair against that sentence that gave the reason “partially” to the gallery My Name’s Lolita Art, expelled in 2016. The resource has been expensive for the contemporary art fair, which has had to read a second sentence that indicates how the organizing committee of Arco acts against the principles of publicity, attendance, transparency, equality and not discrimination that should chair the selection process of the galleries that make up the tour.

From the current direction of Arco, EL PAÍS points out that “of course we will always be open to apply improvements that help galleries better understand the selection system”. The problem revealed by the two courts is not one of understanding, but of violation of mandatory compliance principles in the contracting of the public sector. The magistrate of the first instance determined, in November 2018, that the principles of equality and transparency were injured and left the dubious mechanism that indicates the 150 most appropriate galleries to be part of the national and international current art.

The unfulfilled requirements are essential to “avoid arbitrariness” in decision-making and according to the two courts, Arco has “broken or violated” three of the aforementioned principles of said Law when selecting galleries, during the time that Carlos Urroz directed the contemporary art fair. On the one hand, the gallery owners cannot know the result of the vote cast by each member of the organizing committee. Second, these members are allowed to hold conversations with only "some" of the applicants and not with everyone. And finally, some galleries are automatically accepted without even having to request it and without having to go to the intake filter.

What began in 2016 as a battle initiated by an expelled from the fair, after five years exhibiting in it, has become a matter of deep draft that has ended up affecting the constitution of Arco itself. In fact, in the appeal that Ifema, organizer of the fair, has just lost, he denounced that Judge Carlos Ceballos, of the first instance, had committed an “incongruity” to go beyond the demand and discover the arbitrariness of the process. The rapporteur of the National Court, Ramón Belo González, clarifies that, despite the fact that the ruling of the sentence handed down in the first instance does not coincide at all with the plea of ​​the lawsuit, it reveals the action demanded and therefore is consistent.

It has been discovered that none of the candidates can know the breakdown of points awarded by each member of the committee, so “it cannot even be controlled if there has been a simple arithmetic error in the sum of points”. In this way, the gallery owner who disagrees with the decision cannot defend in his appeal that there has been no equal treatment. "It is evident" that the "principle of transparency of selection" is not complied with, the sentence read by the judge of First Instance is read.

Each member of the committee casts their votes on the candidates in a terminal through a computer form and this vote does not retain evidence on paper or digital media. Nor is there debate or deliberation, "everything is limited to voting individually, without any evidence of what each member of the committee has voted for." The vote reaches the president or secretary of the committee, which adds the different individual votes and obtains the overall score. The director signed the document. The year of the events, the current director of Arco, Maribel López, served as secretary of the organizing committee, and acknowledged at the trial held in October 2018 that “it was a mistake of his not to hand over those individual voting data that they were on the computer to be delivered to those who expressed their intention to appeal. ”

As if that were not enough, the rapporteur of the National Court has drawn attention to the fact that the same gallery owners who decide are at the same time requesting participation in the fair “and, far from abstaining, exercise their right to vote with respect to their own Gallery". Eight of the ten galleries that voted for themselves occupied the top eight positions. In addition, Ifema tried to demonstrate in the appeal that being a consortium - constituted by the City Council, the Community, the Official Chamber of Commerce and Industry and the Savings Bank and Monte de Piedad in Madrid - does not belong to the public sector.

If so, it should not comply with the Public Sector Contracting Law. But the ruling of the Provincial Court clarifies that although Ifema does not deny being an entity of the Spanish public sector, "it does not want to submit itself, in the preparation and adjudication of its exposure contracts, to the aforementioned principles." And it emphasizes that Ifema cannot feel excluded from its legal obligations, because the hiring with the exhibitors, even if they are private contracts, must be governed by the same contracting principles of the public administration and has injured several of them.

The Provincial Court dismisses the appeal, but Ifema can appeal to the civil court of the Supreme Court. However, the director of Arco informs this newspaper that “in the light of the result of the sentence, all those galleries that request their score will be provided, as we already do, but broken down by each member of the organizing committee, for greater clarity and transparency ”.