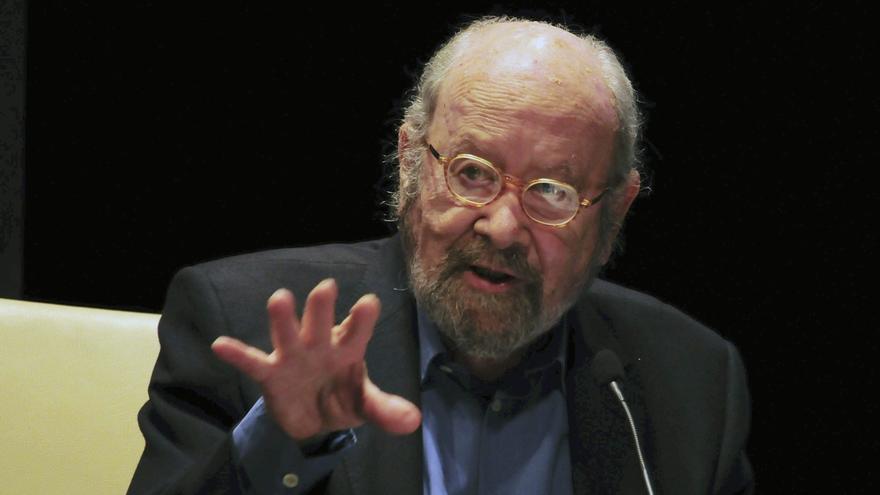 Cádiz, May 9 (EFE) .- Friends, writers and institutional representatives of the province of Cádiz have today shown their enormous regret for the death of José Manuel Caballero Bonald, born in Jerez, and strongly linked to other cities such as Sanlúcar de Barrameda and Cádiz, where today they also mourn their loss.

“José Manuel was not only a great writer, an essential pen, but he was also a man committed to his land, for which he was deserving of the title of favorite son of the province,” the president said in statements to the media. of the Diputación de Cádiz, Irene García.

The mayor of Sanlúcar de Barrameda, Víctor Mora, has written in his social networks that the death of Caballero Bonald, who was the adopted son of the city, “has left a great void” and has highlighted the enormous value of his “immeasurable work” .

The Jerez-born writer used to take a boat ride along the coast of Cádiz with some of his friends such as Luis García Montero, Felipe Benítez Reyes, Almudena Grandes, Rafael Román, José Ramón Ripoll or Jesús Fernández Palacios.

“His grace, his very fine wit, his love of the sea, of chamomile stood out … he was an outstanding man,” said Román, one of his companions from those trips and former president of the Cádiz County Council.

“He had been preparing for this moment for years, he was in dialogue with death, he was saying goodbye in his books,” he added.

His friend Felipe Benítez Reyes has highlighted his enormous literary legacy, as a “consolation” for the loss of the person he loved so much.

“His books will continue to mean a lot to Spanish literature and we are left with that partial consolation as the author of memorable books, which will outlive him,” the author stressed.

The Caballero Bonald Foundation, which will take care of his legacy, has organized a minute of silence this Monday, which will serve as a farewell act.

Just yesterday, a day before the death of the writer, the Foundation had shown the Cádiz City Council its explicit support for Cádiz to become the venue for the language congress in 2025.