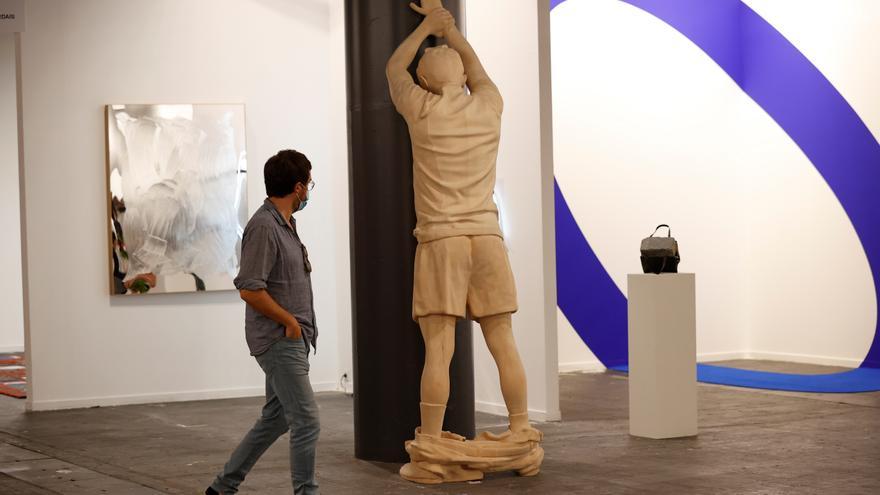 Madrid Jun 8 (EFE) .- ARCO, the contemporary art fair in Madrid, will today be the scene of an act of denunciation for the arrest of Hamlet Lavastida, a Cuban artist arrested on June 26 in Cuba after an artistic residency in Germany .

The Cubans Marcos Castillo, half of the famous duo Los Carpinteros, the curator Gerardo Mosquera, together and the curator Sofia Lemos will address the arrest of the Cuban artist today, Thursday, July 8, at 3:00 p.m., at one of the discussion tables that hosts the fair contemporary art, officially inaugurated today by the Kings.

The objective of this table is “to open a space for dialogue around the arrest and accusation of the artist and to address respect for freedom of artistic expression in the Caribbean country.” The meeting, where “the immediate release of the artist will be requested”, is part of the forums organized by TBA21 (Thyssen-Bornemisza Art Contemporary) at ARCO, as detailed by TBA21 in a statement.

Lavastida, 38, is known for including criticism of the Cuban government in his works – such as videos, collages, public interventions and installations. He returned to his country on June 21 after an artistic residency at the Kunstlerhaus Bethanien gallery in Berlin.

He was arrested on Saturday the 26th by State Security agents and transferred to Villa Marista, the main headquarters of the Cuban military intelligence and counterintelligence body, according to the group 27N, made up of critical intellectuals, informed Efe in Cuba.

There the authorities informed his partner, the poet Katherine Bisquet, that Lavastida is being investigated for a conversation in a private chat of the opposition group of artists 27N on the Telegram application, according to his partner.

In that conversation, the artist suggested the idea of ​​marking legal tender Cuban bills with stamps from opposition organizations, without this proposal ever materializing.

The “Intellectuals with Words” collective, made up of critical intellectuals from the island, has started a collection of signatures on the change.org platform and has launched a manifesto that condemns the artist’s arrest and calls for his release.

More than a hundred intellectuals have joined the manifesto, which condemns “the criminalization” of Hamlet Lavastida by the Cuban government.

“He is a Cuban citizen and artist who has done nothing more than exercise his constitutional right to express himself,” they defend. Although Hamlet is today the target of Cuban state aggression, we understand that the criminalization of his thoughts, private conversations and art constitutes an attack on all Cuban artists and citizens ”.

The art fair, which opened its doors to the professional public yesterday, will be officially opened by the Kings today and will last until Sunday.