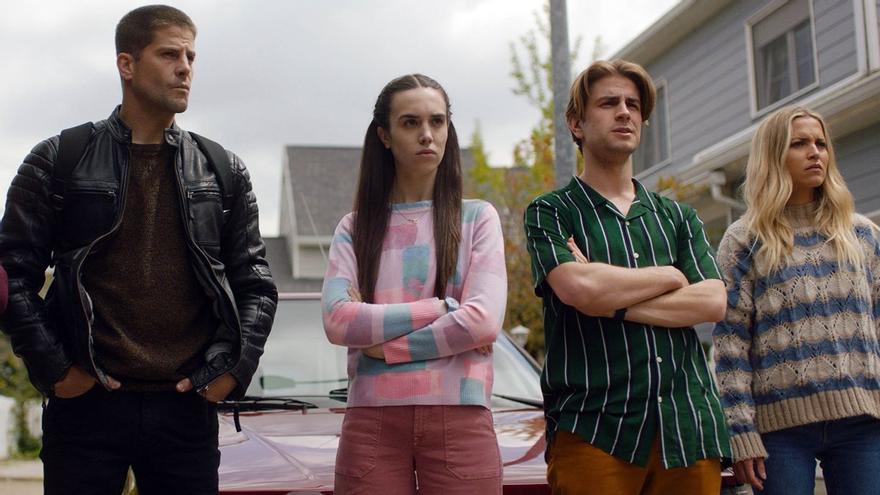 His loyal fans have done it. ‘The Protected’, the series of Science fiction starring a fictional family with powers, returns with one more season. Even if it’s just a little bit. Because the premiere this Saturday (8:00 p.m.) of the first chapter, on the payment platform Atresplayer Premium, it will be just an aperitif to satisfy the voracious hunger of its fans, who do not stop asking for their return in the social networks. The rest, the other three chapters, still in post-production, will arrive on a date yet to be determined.

ANDn ‘The Protected: The Return’ It is seen how the Castillo family, who had taken their separate path after having killed their enemy, the Elephant clan, decide to reunite eight years later upon receiving the news that they have kidnapped Dora, Sandra’s daughter. horror, that the clan has also returned. The reunion of the characters has made possible the reunion of the actors who gave them life in those first seasons, some very young, that this series launched to stardom.

An image of the Castillo, protagonists of ‘Los Protegido’, a decade ago. Atresmedia

And what is it that has caused a science fiction series, a genre not very explored in Spanish series, to have triumphed in such a way that when it was broadcast on Antenna 3, between 2010 and 2012, will achieve an average of more than three million viewers, and what is even more remarkable, will it generate a fan phenomenon that continues almost a decade later?

One family, one brand

Antonio Garrido, the actor who gives life to the patriarch, analyzes the phenomenon: “‘The Protected’ worked because it is a family. He managed to create a brand, which is the most complicated thing there is, and that is why, despite the fact that many years have passed, we still have a legion of followers. “According to the actor, they will realize that he has not lost the essence:” This season we tell what has always been told in ‘Los Protegido’, what happens that now we add “.

And what they add up to is, for example, special effects, that a decade later they have evolved enormously and make the final result more spectacular: “The question of the effects was obviously something that had to be considered, apart from protecting and caring for the very familiar and exciting spirit of the series. We had to take advantage of all the technologies, since, in its first stage, ‘The Protected’ innovated a lot. He brought home things that had not been seen on Spanish TV and we felt we had to do it again, “says Curro Novallas, executive producer and scriptwriter of the series.

Effects that do not disturb

In addition, these new technologies make it easier for the actors: “We worked a lot from the script with the effects so that it would allow them to be comfortable thinking only about their characters, their conflicts and their links.” Something that Ana Fernández confirms: “In the first season we were very aware of the shots of the powers, because the technology was more analog and we gave more prominence to those effect scenes. At this stage, the powers accompany to each character, but we forgot from them”.

The expectation to see the new chapter is maximum, since the networks run different hypotheses on how they will find the protagonists: “Seeing the ‘teasers’, people were already commenting on ideas they had about what a look or a phrase means,” explains Mario Marzo. Are you afraid that new season disappoint? They will feel disappointment if it is not what they had imagined, the actor assumes. “There will be everything. I think the vast majority will come out happy, but some will have to say: I don’t like this,” Garrido acknowledges. Although there is something that is sure not to disappoint: “Has not lost the essence, in addition to having other ingredients, “says the actor who plays Culebra. a magic between characters and actors who create a bond that can be seen, “adds Avilés. Magic and powers, an explosive mix.