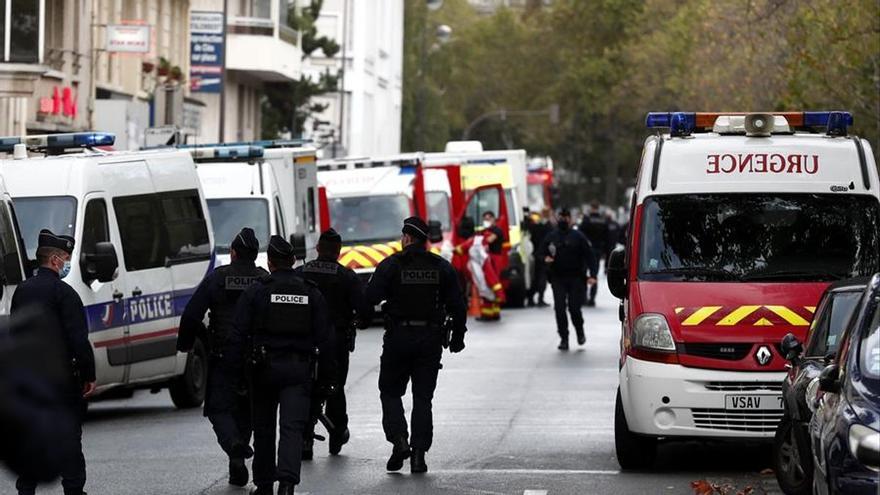 The author of knife attack that left two wounded – one of them serious – last week very close to the old offices of Charlie Hebdo wanted to attack the satirical weekly for the republication of the Muhammad cartoons, as reported this Tuesday by Jean-François Ricard, anti-terrorist prosecutor.

“He had planned to enter the publication’s offices and set fire to them. He thought that the victims worked for the medium and chose to attack them,” he explained. The main suspect, Zaheer Hassan Mahmoud, 25, Pakistani-born, had videotaped himself evoking God, but “did not pledge allegiance to any particular terrorist group.” The accused was “totally unknown” to the intelligence services, “added the prosecutor, who indicated that the accused had been” angry “with the magazine.

Ricard explained that the injured man suffers a skull fracture and “is still admitted in a very serious condition.” The other person has several wounds and fractures. The prosecutor has indicated that finally the attack, perpetrated with a knife, lasted between 15 and 20 seconds and was of “extreme violence.”

The satirical weekly decided republish cartoons in early September of Muhammad for which in 2006 he became the target of jihadist terrorists, who finally attacked the newsroom in 2015 and killed 12 people. The decision was made on the occasion of the beginning of the trial against the terrorists.

“We will never give in. We will never quit,” wrote Riss (pseudonym of Laurent Sourisseau) in the editorial. Riss survived the attack with serious injuries and today runs the weekly.

It is a series of 12 drawings that were taken up in 2006 by Charlie Hebdo after its publication in September 2005 in the Danish newspaper ‘Jyllands-Posten’. In them there is a caricature of the prophet crying on his knees and with the message: “It is hard to be loved by idiots. Muhammad, overwhelmed by the fundamentalists.” An illustration of Cabu, killed in the attack on January 7, 2015.