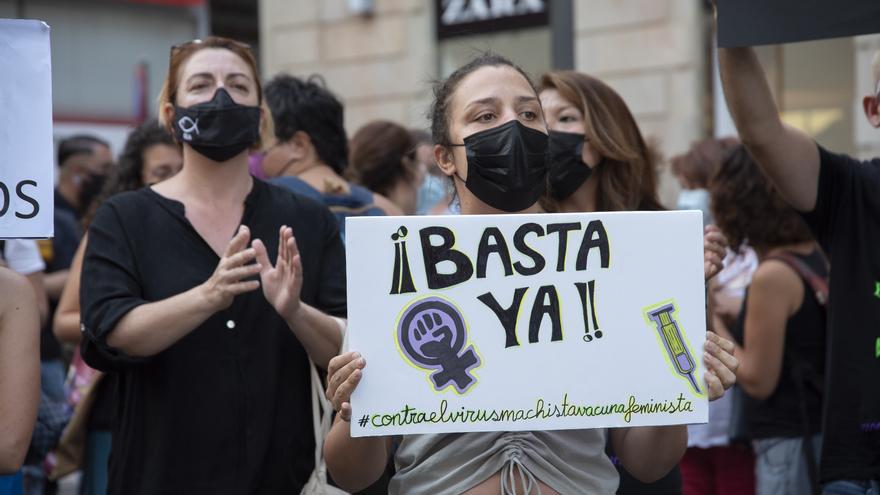 The Prosecutor's Office wants to know how many boys and girls visit their parents convicted of gender-based violence in prison by judicial decision. To carry out an analysis of the situation and "act in each case", the Prosecutor of the Delegate Chamber for Violence against Women, Teresa Peramato, has initiated a review of the visitation regimes imposed in these situations in collaboration with the General Secretariat of Penitentiary Institutions of the Ministry of the Interior, as confirmed by sources from the agency to elDiario.es.

The process has been launched after the entry into force last September of Law 8/2021, of June 2, which, among other things, introduced a reform of the Civil Code to prohibit these visits. The text vetoes the establishment of visitation regimes with parents "in prison" either provisionally or if they have already been convicted of "attempting life, physical integrity, freedom, moral integrity or freedom and indemnity of the other spouse or their children", reads since then article 94 of the norm.

The objective of the process initiated by the Prosecutor's Office, Teresa Peramato lists, is "that legality be respected", "to ensure the best interests of the minor" and that "in no case are the safety and integrity of the victims endangered, nor women or their sons and daughters. Minors are direct victims of the same violence suffered by their mothers, as the Spanish law left in writing in 2015.

Peramato explains that as a result of the reform "there arose the question of what the situation was" and the process began with a first phase of gathering information. The figures handled by the Prosecutor's Office suggest that there are "many more cases than we thought," says the prosecutor. Penitentiary Institutions has reported that there are currently "more than 800" prisoners communicating with their sons or daughters in jail, in the absence of data from Euskadi and Catalonia.

This does not mean that everyone has a visitation regime: "We do not know how many are seeing the minors. They may be personal or telephone communications and it may be that in some there is no civil procedure or regulation in this regard, but rather agreed visits," explains Peramato. That is why the process is currently focused on "knowing what the real situation is that occurs in each of the cases" in order to "act in each case".

From Penitentiary Institutions, the penitentiary centers have been asked to transfer each of these cases to the judicial bodies so that the prosecutors can rule. "You have to go down to the specific case and in some cases the prosecutor will have to request, even if the parties have not requested it, the suspension of the visitation regime based on article 158 of the Civil Code", which allows the magistrates to make the decision to instances of any relative of the minor or the Prosecutor's Office.

Although the specific figures are yet to be resolved, they are not isolated cases: justice has continued to grant visitation regimes, more or less extensive, to those convicted of sexist violence, even if they are going to go to jail. Some have transpired, such as the one established by a court in Torrent in september 2020 to a minor of six years with his father, in prison in Teruel. Although finally, after considering the request for suspension from the Prosecutor's Office and his mother, a victim of sexist violence, the court decided to put an end to it.

The decision of the Prosecutor of the Delegate Chamber for Violence against Women and Penitentiary Institutions comes after several reforms at the legislative level that represent progress in the protection of sons and daughters who are victims of gender-based violence, although still at the expense of evaluating how they are applying. Among them, the reform of the Civil Code in which visits in prison are vetoed, which also restricts them for parents who are being investigated for violence towards their spouses. The objective is to make the suspension of visits a general rule and to keep them exceptional only if the judge gives reasons for the decision and after evaluating the parent-child relationship.

Added to this is the approval of the Law for the Comprehensive Protection of Children and Adolescents against Violence, which prohibits the use of the false Parental Alienation Syndrome (SAP) and reinforces the right of minors to be heard. The background paradigm is the one that experts on sexist violence have been claiming for a long time: that the right of parents to have visits with their children does not prevail over their best interests and their right to have a life free of violence.