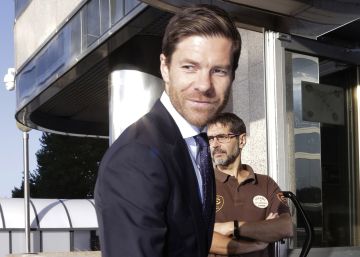 The Madrid Public Prosecutor's Office has appealed the acquittal of former soccer player Xabi Alonso of three crimes against the Public Treasury for evading the payment of five million euros in the fiscal years of 2010, 2011 and 2012. and has requested that the trial be repeated, tax sources have reported.

In the appeal, the Public Ministry also challenges the acquittal of its advisors Iván Zaldúa and Ignasi Maestre. He argues bluntly that the assessment that the Audience of Madrid made of the evidence was "incorrect", as well as that its resolution suffers from "legal rationality".

In the acquittal, the magistrates were against the position of the Prosecutor in determining that it was "adjusted" to the tax regime and that the facts did not constitute a crime. The prosecutor downgraded the request for a penalty of five years to two and a half years for paying three million euros.

The first reason for the appeal emphasizes that "several elements of evidence assessed in the judgment were not subject to contradiction at the oral hearing," while the second states that "the assessment of the evidence made by the court embodied in the judgment is incorrect." .

For the prosecutor, the contested judgment focuses the object of analysis, in order to determine if the defendant had committed the crimes against the Treasury, in the reality of the contract for the transfer of image rights to the Kardzali entity dated August 1, 2009, understanding that "the commission of crimes could only be imputed if such a contract did not respond to reality because it is an absolute simulation as the accusations defend."

Remember, for example, that the sentence speaks of an "unusual" way of behaving on the part of the defendants although at the time of motivating their acquittal the magistrates allude to a conviction built on the statements given in the phase of investigation proceedings of third parties "They were not subject to contradiction or immediacy."

He emphasizes that "he fails to understand" the reason why the magistrates dissect the statements given in investigation proceedings "discarding, on the other hand, part of the actions taken in the oral trial." The appeal also states that the contested decision suffers from both "insufficiency and lack of legal rationality in factual motivation."

The Prosecutor's Office states that its discrepancies with the magistrates are not "evaluative", but that the core of such discrepancies places it "in the lack of rationality of the factual motivation based on the evidence practiced in the oral trial and the coherence between them" .

Hence, he insists in his writing that the evidence be determined "logically" and "reasonably" because the facts that are judged have the "sufficient" entity so that the Prosecutor's Office is interested in a sentence of "greater" height given Alonso stopped taxing all amounts derived from the exploitation of his image rights amounting to more than 5 million euros.

By way of conclusion, the appeal emphasizes that following the tests carried out it has been proven that Kardzali is a structure "exclusively" intended to avoid paying the tax obligations of Xabi Alonso and, therefore, the transfer of his rights to it "can only be described as absolute simulation".

In fact, according to the fiscal resource, the Prosecutor's Office understands that Kardzali was "solely" dedicated to issuing invoices "and therefore was an instrument of income and payments."

Since the sentence concludes that several companies paid the defendant through the Kardzali company for the exploitation of their image rights, the representative of the Public Ministry asks, "Why does it conclude that they paid the defendant if he had yielded the exploitation of image rights to a society? " This circumstance draws the attention of the Prosecutor and confirms that the entity constituted "an instrument of income and payments".