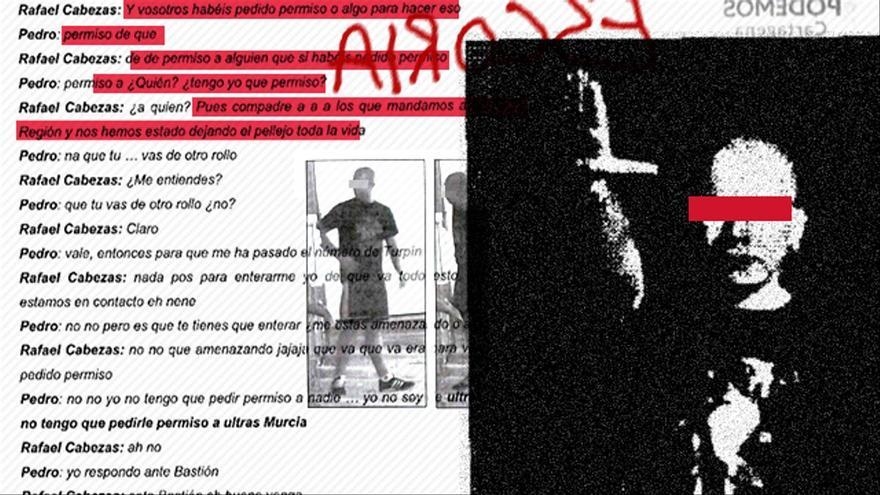 The Murcia Prosecutor's Office opposes that the investigations of the Nazi attacks on the headquarters of Podemos in Cartagena and Izquierda Unida in San Andrés de Rábago (León) are investigated in the National Court as crimes of terrorism. The Public Ministry considers that one of the alleged perpetrators, who participates in both sabotage, does not belong to an organized group, contrary to what is detailed in the reports of the Police Information Brigade.

The Murcia court investigating two neo-Nazis for allegedly participating in the attack on the Podemos headquarters in Cartagena on April 2, 2020, withdrew in favor of a León court for another sabotage committed by one of these two radicals, Francisco SM , against the local IU and the PCE in the town of San Andrés de Rábago, in the province of León. Francisco SM, whom his cronies call 'Ax Child', was arrested for the second time in August in connection with the attack in León.

It was then that the private prosecution, exercised by United Podemos, opposed said inhibition and requested that the facts be referred to the National Court for the existence of an alleged crime of terrorism, committed within the framework of a criminal organization. The legal representation of Unidas Podemos considered that, in addition to crimes that were the competence of the specialized court, the group had committed crimes in different parts of Spain, which reinforced the reasons for inhibiting the National Court.

In the allegations of the Prosecutor's Office, to which he has had access elDiario.es, the prosecutor María del Pilar Romera Caballero limits herself to pointing out that against Francisco S. M "the elements do not concur to affirm belonging to said group", in reference to the neo-Nazi organization that was behind the attacks. The prosecutor alleges that, according to the jurisprudence of the Supreme Court, for membership of a terrorist organization to be granted, "the mere presence or episodic intervention" must be overcome.

"The determining element is, therefore, the associative component, marked by the assumption of goals and the will to join said illegal organization, without prejudice to the greater or lesser intervention in it," adds the prosecutor in her letter.

The police investigation of the attack on the Podemos headquarters in Cartagena has revealed the links of its two alleged perpetrators with the groups that control the extra-parliamentary ultra-right in the Region of Murcia. The Provincial Information Brigade places Francisco SM and Javier BE as members of Ultras Murcia 1908, the group of radical followers of the team from the Murcian capital that acts as a catalyst for neo-Nazi activity in the region.

Likewise, the investigators have also found links between the two defendants with Lo Nuestro, a fascist and xenophobic organization that operates in the Levante area and whose members have starred in various incidents against minorities. In 2017, around thirty members of Lo Nuestro They broke into the LGBTI Pride parade in Murcia and attacked its participants with sticks.

In addition to the attacks on the headquarters of Podemos and IU, in Murcia and León, respectively, Francisco SM would have participated in the disturbances that took place on the occasion of the curfew in the Murcia region, also carried out by elements of the extreme right, and in which the Police were attacked with pyrotechnic material. The investigating magistrate referred the discovery of her presumed participation to the court investigating said altercations.

Among the reasons for the private accusation to request the transfer of the case to the National Court, United We can argue: "The motive for the crimes in question is not only based on a question of hatred towards a democratic ideology by members of extreme Right, since the headquarters of two parties belonging to United We Can and that are members of the Government of Spain at the moment are attacked, but the attacks have a clear intention, as shown by the conversations found on the mobile phone of the investigated, of destabilize the functioning of the political institutions of the State and seriously alter the public peace, in this case through the method of threatening a part of the coalition government. "