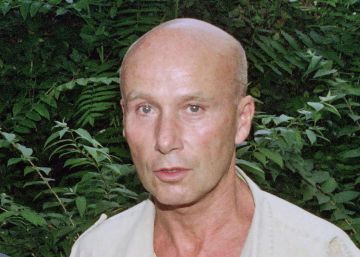 The prosecutor’s office in Paris has opened a preliminary investigation for “rape of a child under 15 years” against Gabriel Matzneff, as announced Friday. The decision has been taken by the prosecutor of the Republic, Rémy Heitz, after having analyzed the book The Consentement (The consent) of Vanessa Springora, which went on sale on Thursday and which tells the relationship she had in the mid-eighties, when she was a teenager of 14 years, with the writer, who was 50 at the time.

Although the author has stated that her intention was not to denounce Matzneff, who is now 83 years old, before the courts, She has decided to investigate on her own. The investigations, directed by the Central Office for the Suppression of Violence against Persons (OCRVP), specifically focus on the person of Springora, but according to the prosecutor’s office more alleged victims of the writer will be sought, than in several of their works, like Les moins de seize ans (those under 16 years old) report sexual relations with adolescents, boys and girls, up to 11 years old.

“At age 14, it is not normal for a 50-year-old man to wait for you to leave class (…) or find you in his bed, with his penis in his mouth, at snack time,” Springora writes about his relationship with Matzneff. The book, which is a reflection on the limits of consent in the case of such an unbalanced relationship – and in a country like France, which until today has not been established by law a minimum age of consent for sexual relations – also makes a criticism of the French intellectual world of the time, who never raised his voice against a man like Matzneff and who even granted him the Renaudot prize in 2013. And what this, as you remember in The Consentement, is shown in his works “away from any contrition and even any questioning” of his actions with minors. In fact, in a replica that the writer sent to L’Express on the same day as the book was published, he accused Springora of wanting to make him “a pervert” and “predator” and of wanting to throw him “into the cursed cauldron that photographer Hamilton, filmmakers Woody Allen and Roman Polanski. ” At no time, said the magazine before publishing the replica of Matzneff, makes this “no mea culpa or apologize.” In statements to Le parisienSpringora also said Thursday that all institutions “failed” to stop an individual like Matzneff.

“Beyond the facts described by Vanessa Springora in his book, the investigations will be dedicated to identifying all other possible victims who may have suffered violations of the same nature on the national territory or abroad,” the prosecution said in a release.

Your case, even if you conclude that it constituted a violation, would have prescribed. The Government reformed in 2018 the law against sexist violence and extended the prescription of the violation of a child under 15 years from 20 to 30 years, so that now the victim can file a complaint for this crime up to 48 years (the date starts counting from the victim’s age of majority). Springora is 47 years old, but the reform of the law is not retroactive and therefore the regulations in force at the time are applied, which makes Matzneff’s alleged crime not punishable.

However, remember Le monde, the prosecutor’s office has already adopted a policy of systematically opening an investigation a few years ago when it is aware of cases of a possible rape or sexual assault against a child, even if these facts have prescribed. Although the investigation cannot in this case lead to a process, this “allows not to leave the victims unanswered”, says the newspaper. At the end of the investigation, before closing it by prescription of the facts, the prosecution proposes in these cases a meeting between the victim and his alleged aggressor. “We have obtained confessions in this confrontation, letters of apology,” explained the former prosecutor of the Republic, François Molins, to Le monde.

In addition, it is not ruled out that there may be a victim whose case has not yet prescribed. Upon notification by the prosecution, the Secretaries of State for Equality, Marlène Schiappa, and for the protection of children, Adrien Taquet, made a “solemn appeal” so that “all persons who have had knowledge of pedophile acts committed in in this case, or in others, they go to justice so that justice is done ”.

“All forms of pedophilia must be fought with the utmost firmness and denounced in a systematic and unambiguous manner,” the senior officials said in a statement, who returned to “greet the value” of Springora with his book. This, along with the recent statements of actress Adèle Haenel, who at the end of last year accused film director Christophe Ruggia of harassing her and having performed it between 2001 and 2004, when she was between 12 and 15 years old and he between 36 and 39, have reopened in France the debate on sexual violence and its treatment by society and institutions.