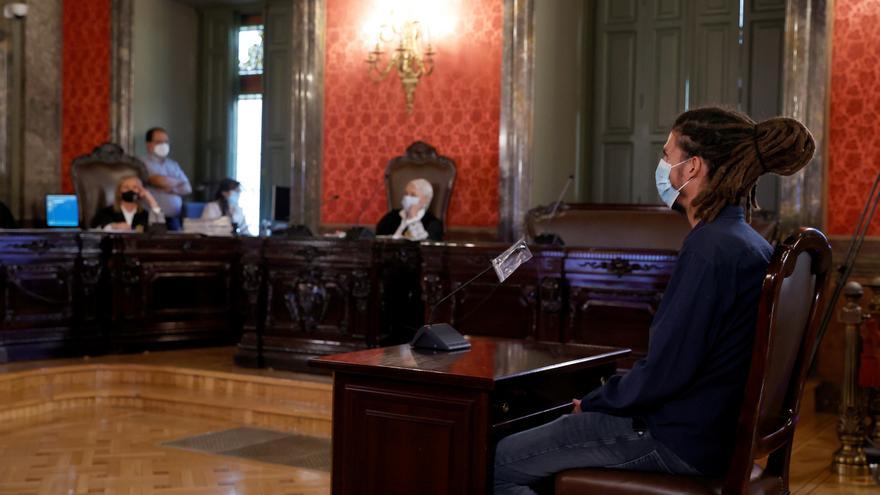 The Prosecutor’s Office has lowered its accusation against the deputy of United Podemos, Alberto Rodríguez, for his alleged attack on a National Police agent in a demonstration in 2014. The Public Ministry, which at first asked for 6 months in prison for him, has reduced his accusation to 3 months and 10 days on the understanding that the case has dragged on for eight years and that it must be taken into account as a highly qualified mitigating factor for undue delays.

The announcement of the representative of the Prosecutor’s Office has come after the statement of the parliamentarian of the purple formation, who has categorically denied having attacked the policeman. Rodríguez has assured that he was part of the permitted demonstration and that “when I arrive, these events no longer occur, I know them because I have seen them on YouTube.” According to the United Podemos parliamentarian, by the time he arrived at the La Laguna cathedral, the riots had already ended and he did not attack the agent who had identified him a few minutes earlier.

At this time, and to the perplexity of the prosecutor, Rodríguez assures that he was later identified for being part of social movements and having participated in numerous demonstrations. “It is a sad practice,” he said, accusing the Police of “criminalizing the protest” by identifying the visible heads of the social movements to hold them responsible for the attacks.

“It was other colleagues, they knew the name”

The statement of the allegedly assaulted agent has lowered the intensity of the injuries caused by the alleged kick. Where the Public Ministry declares it proven that “it took him five days to recover,” the agent explained that “no forensic doctor recognized me” and that “at night I no longer had anything” in the area of ​​impact. He has categorically denied having needed five days to recover and has rejected that Rodríguez also hit him on the hand, as the Prosecutor’s Office said at first and reflected the rationale sent to Congress: “It must have been … there was a lot of fuss, a lot movement and I was wearing the shield, I suppose it would be something else, “he said.

The head of the device has assured that he did not see Rodríguez “at any time” in the area of ​​the altercations and the agent allegedly attacked has affirmed that he detected him when a group of protesters tried, as he understood, to prevent any arrest. His testimony has made it clear, on the one hand, that he already knew him from other demonstrations: “He went to many demonstrations and we already knew him,” he said, although denying that he had had any kind of violent antecedent.

He saw him but did not arrest or identify him at that time, although he did so later when his colleagues told him who he was. “It was other colleagues, they had identified him in previous times and they knew his name,” he recalled. The report affirms that Rodríguez “is habitual in all kinds of demonstrations, altercations and attacks on the public force” although the agent has denied having had problems with him before. “With me in the demonstrations, apart from chants and normal in a quiet demonstration … no.”