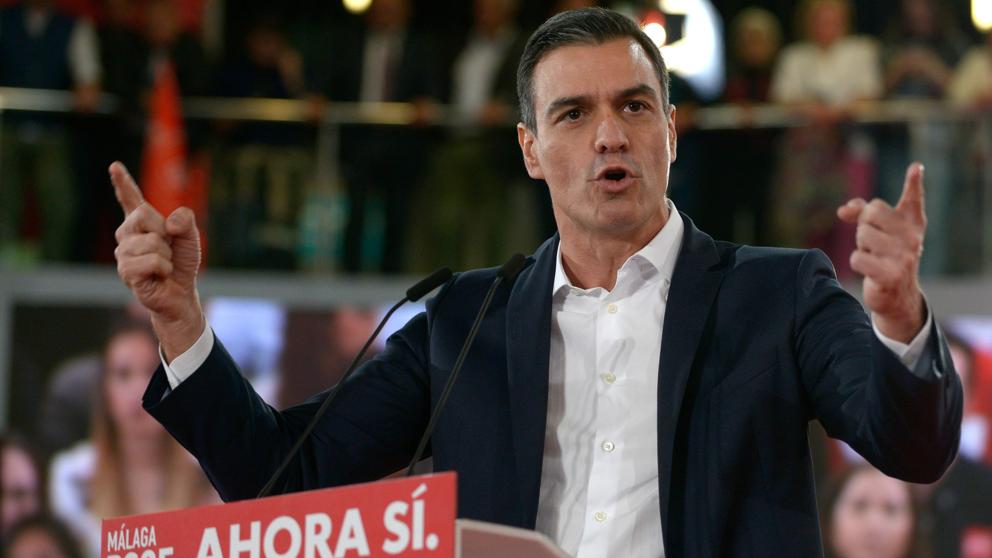 "The Prosecution It is autonomous. I was not precise, there are many interviews, many hours … ” The acting President of the Government and candidate of the PSOE at 10N elections He has admitted the “skidding”, in the words of the opposition, which he starred on Wednesday, when he assured that the Prosecutor’s Office “It depends" of the government. With his words on RNE, Pedro Sanchez He implied that the public prosecutor obeys the orders of the central executive and that he would do so to try to "bring back" the former Generalitat representative, Carles Puigdemont.

Speaking to La Sexta, the president has admitted that his statements on Wednesday clash with his usual consideration of the Prosecutor’s Office, of which he has assured that has always defended the autonomous character. This was highlighted when the independence workers claimed a year ago a gesture from the public ministry before the trial of ‘procés’, as a precondition for talking about the General State Budgets. His refusal, claiming that autonomy of the Prosecutor's Office, eventually led to the general elections of last April.

Now, after compromising that autonomy, the president has pulled humility to highlight his “respect for the autonomy of the Prosecutor's Office"And" independence of the judiciary. " "You have to be humble”, He has claimed in the middle of the mea culpa, to point out that what he really wanted to say is that“ there is no one above the law ”and that“ the social State and right commits itself to help the Prosecutor's Office and the judiciary ” in the case of the extradition of Puigdemont and in any other.

Asked about whether he has given or will give orders to the Prosecutor's Office to get the expresident to respond to Spanish justice, Sanchez has insisted that the public ministry “has all the trust"And enjoy" the independence of the government". So he has reiterated his "willingness to help" in favor of what he believes is "common sense", that “the escaped are not above justice and accountable"

Your promise to bring Puigdemont back

“They are expressions that are used in debates”, but it is a “commitment to ensure that justice and its sentences are fulfilled”


The fact that the socialist candidate launched the promise to bring Puigdemont back is nothing more than a way of expressing himself in an election campaign. "They are expressions that are used in debates", Has reduced, which in any case wants to express a"commitment so that justice and its sentences are fulfilled"

Sanchez has removed iron from the fact that the defense of the former identifier has announced his intention to use his words on the Prosecutor's Office to prevent extradition from Belgium. "They are the defense strategies of the lawyer of Puigdemont, but what we do is help to proceed to the extradition as soon as possible," he wanted to settle. And the same consideration has earned him the opinion of the British police on the euroorder on the former con-airport Clara Ponsati, of which he has valued that “we have received the sorry of the United Kingdom through his ambassador. "

"The siege is close to the independence radicals", but Torra must appear to give explanations

The president has also ruled on the call Operation Judas, whose latest revelations of the summary would reveal the connection of the detained CDRs with the president Quim Torra. After considering “serious"This information has highlighted that" the siege of the independence radicals is narrowed "from the judicial point of view, but has also claimed that" from the political point of view, Torra must appear to clarify the likelihood of this information"

Sanchez has also clarified that with the royal decree law just published in the BOE with which it is intended to curb the Catalan digital republic, “We do not intervene or close the internet" What is intended is to "act on public institutions and protect the data of citizens."

The royal decree to end the Catalan digital republic

“It is part of the community acquis to guarantee cybersecurity”

The president has warned that since the Govern "Pose the use of data for potential digital referendums"As well as to conform"a new catalan identity”, So the royal decree intends to stop that. But he also wanted to reassure by ensuring that the norm “It is part of the community acquis to guarantee the cybersecurity" In the case of Catalonia, Sanchez believes "evident" that the intention of designing a Catalan digital identity aims at "spurious use for things that have nothing to do with unity."

Sanchez has also addressed the issue of governance after the 10N elections. After insisting on the need for “a stable, progressive and strong government”, Has delved into the differences with United We can again. The candidate has come to indicate as an ideal situation that of a solo government capable of reaching parliamentary agreements with the other parties based on ideological affinities.

"The polls say that with Unidos Podemos we will not add, and the independentists have said that they will not facilitate a socialist government"

Sánchez has admitted that “we are in a maze”To which the important thing is to give strength to the PSOE. “The polls say that with Unidos Podemos we are not going to add, and the independentists have said that they will not facilitate a socialist government”, therefore, “the only guarantee that there is a government is to vote for the PSOE because no politician has assured that it will go to unlock, ”he concluded.

Thus, he has shown that in matters such as Catalonia, he has more in common with PP and Cs than with Unidos Podemos, which speaks of political prisoners and referendum agreed as the only way of solution; and in social matters, the leader has recognized the tune with the formation of Pablo Iglesias. However, it has also marked distances with Rivera and Casado by highlighting the inefficiency of the recipes of both parties in the Catalan question. “In Catalonia, 48 deputies are elected and the PP only won 1 in April,” therefore, “the PP will want to save the Catalans, but the Catalans do not want to be saved by the PP,” he has evidenced.

Sanchez has warned that Catalonia is going to focus the political debate for years because it has been left a long time, so “we are going to need determination, sight height Y sense of state" But without clarifying if Catalonia is a nationHe said he felt "very identified with Article 2 of the Constitution", and stressed that even PP and CS govern in communities defined in the Magna Carta as nationalities. "This is a diverse country, with nuances, it is not a centralist state, ”he has rejected.

The president has also been very critical of the center-right parties, who has been responsible for the rise of Vox by their pacts. "The agreements with the extreme right have benefited the extreme right", He said, before holding that this party" is nothing more than an invention of Aznar to destabilize Rajoy" To reinforce this definition, Sanchez recalled when former president Aznar praised Santiago Abascal like "that boy with great qualities." That is a consequence of "now they have imposed themselves ideologically on the right", to the point that "they are being eaten electorally"And" there is a risk that they are a third political force, "he said.

For the socialist leader, PP and Cs have bought all the arguments of the extreme right and “they are doing it in Catalonia”, and that is why the PP reaps such poor results in Catalan lands. In this eagerness to whiten the space of the extreme right, it has occupied the electoral space of the right, to the point that they “have gained weight” in their electoral expectations with their pacts, among which they have set the example of Andalusia.