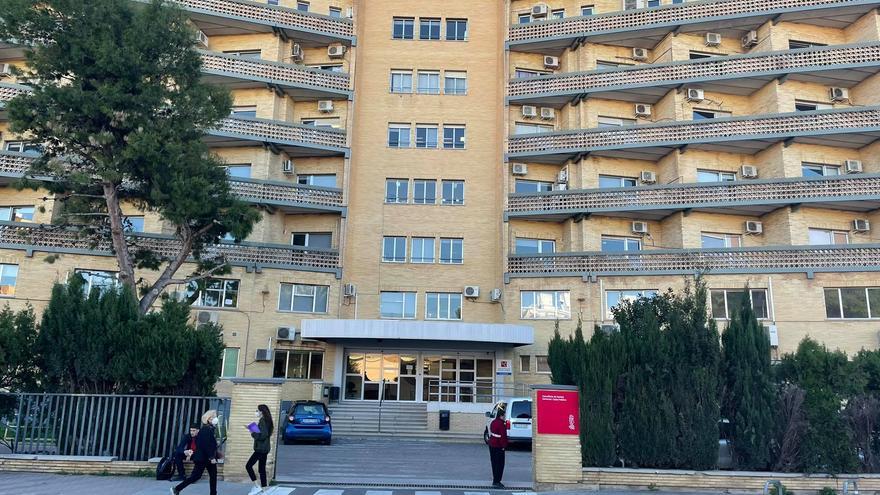 The Provincial Prosecutor’s Office of Valencia has started this Tuesday criminal investigation proceedings following the complaint filed by Carmen Flores, from the Patient Defender association, in relation to the situation in which the patients admitted to the nursing school of the old Hospital la Fe, as confirmed to elDiario.es by the superior prosecutor of the Valencian Community, Teresa Gisbert.

The Ministry of Health enabled this facility, as reported at the time, for mild patients with 166 beds and began receiving COVID patients on December 2 with the main objective of decongesting the care pressure of other health departments.

However, most of the patients it welcomes are people over 80 years of age with other associated pathologies that require more attention and the facility has different deficiencies, both materially and in terms of staff deficiencies, as revealed by the newspaper El Español.

According to Gisbert, in accordance with the provisions of article 773 in fine of the Criminal Procedure Law, the prosecutor “will cease his proceedings as soon as he becomes aware of the existence of a judicial procedure on the same facts.”

The Prosecutor’s Office has also sent the aforementioned proceedings to the Examining Court No. 21 of Valencia, which is hearing a complaint filed for the same events last Saturday, January 30. The complaint was made by the PP deputy, José Juan Zaplana.

In this regard, health personnel (prefers not to identify themselves) have confirmed to elDiario.es that, taking into account the type of patients they attend, they are not the most suitable facilities and there is a significant deficit of toilets: “These are converted classrooms In rooms that are very small, they do not have a television and the interphones with which patients must notify the staff if they need something do not work, which makes the work more complicated because they can only be attended to between two and three times a day; , the hot water has also been out of operation for a long time. ”

This situation means that, on occasions, they are forced to immobilize the patients in their beds “to prevent them from taking off a track, falling to the ground or getting up and going down the corridors.” In addition, he has ensured that “the ventilation is very bad and the garbage can where used diapers are thrown is inside the same room, with what this entails”.

After the information about the deficiencies of the center was made public, the Ministry of Health issued a statement in which the director of Nursing of the Valencia-La Fe Health Department, Ana Regueira, reported that since the old nursing school was opened, it has there have been approximately 250 admissions of COVID patients and that “at the moment there are a hundred patients, of which only a third are mild.”

The vast majority are people over 80 years of age who also suffer from many associated diseases: “It is important to emphasize that these are patients who suffer from an exceptional disease, so they need exceptional and complex care”.

According to Regueira, all the measures adopted seek to protect the patient: “For example, when the decision is made to apply a physical restraint measure, the objective is to avoid a possible fall or to remove a pathway or tube,” he acknowledged. .