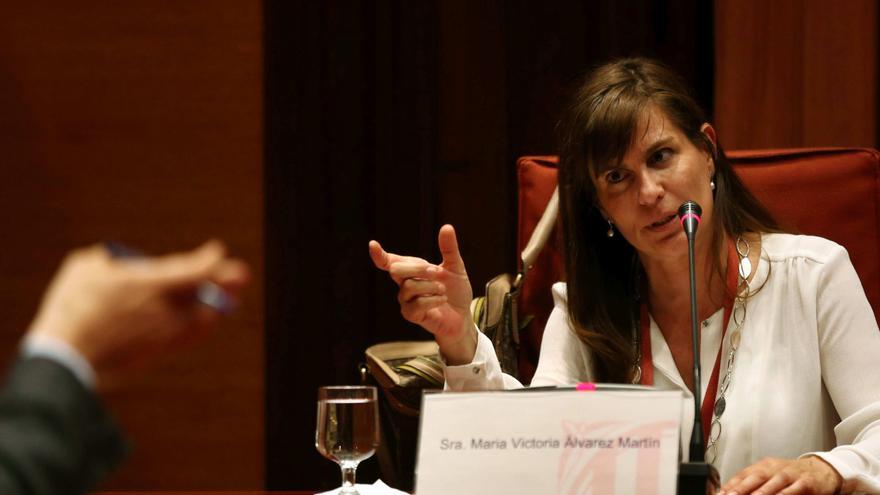 The Prosecutor's Office dispenses with proposing as a witness in the Pujol family trial Victoria Álvarez, the ex-partner of the first-born son of the former Catalan president who uncovered before the Police, in a complaint instigated, according to her, by Commissioner José Manuel Villarejo. In its indictment, Anticorrupción asks the National Court to summon more than 200 witnesses for the trial of the Pujol case, most of them businessmen and people close to the Pujol family, but without proposing Victoria Álvarez - although it does ask that Attach your judicial statement in the case - nor that of the financier Javier de la Rosa, reports EFE.

Álvarez denounced in December 2012, first before the Police and later before the judge, that he had accompanied his then partner Jordi Pujol Ferrusola on trips to Andorra, where, according to his account, the first-born carried backpacks with a large number of 500 bills euros. Later, the witness herself admitted that she came to report the alleged corruption of the Pujols at the General Police Station of the National Police in Madrid at the request of former Commissioner Villarejo, who contacted her posing as a journalist, and a partner of hers. And in 2014 elDiario.es revealed that the then chief of staff of Mariano Rajoy, Jorge Moragas, He had encouraged Álvarez's ex-girlfriend by SMS to report the opaque money handling to the Police

The statements of Jordi Pujol Ferrusola's ex and those of the businessman Javier de la Rosa - who the Prosecutor's Office does not want as a witness either - led the National Court to open an investigation in 2012 on the economic activities of the first-born. In parallel, a Barcelona court opened proceedings as a result of the confession letter of July 2014 in which Jordi Pujol recognized the hidden fortune in Andorra, a cause that allowed issuing rogatory commissions and obtaining bank information on the movements of his accounts in the Principality and that ended up being unified with the one that the National Court had in place.

In fact, in the letter requesting penalties of between eight and 29 years for the Pujols, the Prosecutor's Office begins its exposition of facts referring precisely to Jordi Pujol's confession letter, a key piece of evidence for the accusations. Subsequently, the public prosecutor details that in December 2012 a complaint was filed "for who had a personal relationship" with the first-born, implicitly referring to Álvarez, stating that he had large amounts of cash and high-value bills , which introduced Spain from Andorra.

The Prosecutor's Office, which does not include Álvarez's name in its account of events, points out that in order to determine the veracity of the complaint made by the ex-partner of the first-born of the Pujols, various procedures were agreed to prove the laundering of funds. Victoria Alvarez's relationship with the former commissioner places her testimony in a delicate position, since the defenses could frame it in the parapolice maneuvers of the group of commanders led by Villarejo who were already on the verge of contaminating the case by the pendrive with information from the Pujols which they took to the National Court, as recognized by the judges who tried this matter.

Anticorruption is limited to requesting that the DVD of the statement that Victoria Álvarez gave to justice be attached as documentary evidence, as well as a complaint that she presented in January 2013 assuring that "her communications, both telephone and telematic, had been manipulated and intercepted ". The Prosecutor's Office is also not interested in Javier de la Rosa's statement - despite the fact that one of the questions that will be clarified in the trial is whether Jordi Pujol Ferrusola charged an omission in an operation related to Grand Tibidabo - although he also requests that it be attached as a documentary his statement incriminating the family.

Among the witnesses that the Prosecutor's Office does request for the trial are the businessman Jordi Puig, brother of the former CDC seller Felip Puig, as well as the administrator of Hispart, Juan Manuel Parra, who has already been convicted in the Palau de la Música case for masking the payment of commissions from Ferrovial to Convergència and that has pulled the blanket in the case of 3%. It also proposes the former head of the government of Andorra Oscar Ribas as a witness, as well as several businessmen, including Javier Suqué, president of Inverama and one of the owners of the Peralada group, and Xavier Teuler, former CEO of Copisa.

Other witnesses raised by the public ministry are the financier Carles Tusquets, who was president of the management board of FC Barcelona, ​​as well as the businessmen and former directors of the Barça club Jaume Ferrer -who held his position in the first stage of Joan Laporta- and Jaume Masferrer, who was the right hand of former Barça president Josep Maria Bartomeu.

In his brief, the conclusions and main arguments of which the public prosecutor already announced last Friday, the Prosecutor's Office maintains that the former president of Pujol took advantage of "his political position to weave a network of patronage according to which" he and certain businessmen related to the party which led, the defunct CDC, "distributed the large profits from public tenders whose resolution depended on the different Catalan administrations under the control of the CDC." Later, the assets that he earned "illegally" were hidden from the Treasury and later surfaced "through systematic laundering operations in which members of the Pujol family intervened in a coordinated manner over many years."