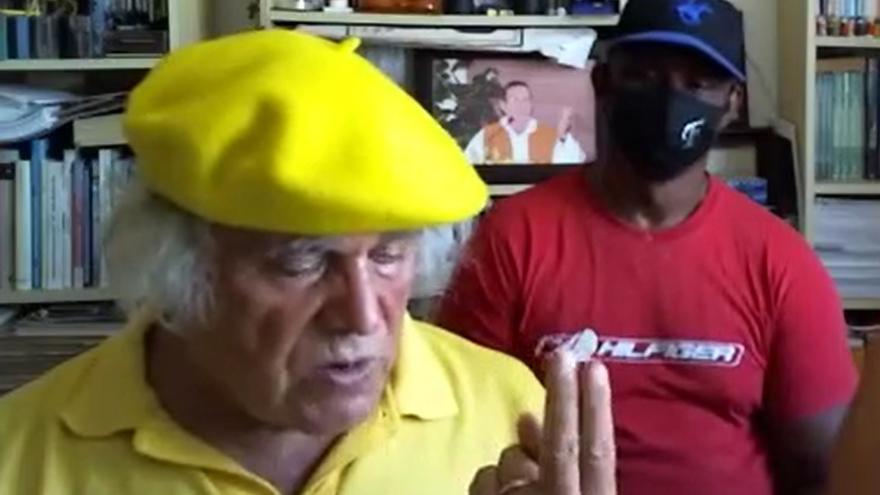 The Las Palmas Prosecutor’s Office has agreed to report to the parish priest Fernando Baez Santana for an alleged crime of justifying sexist violence before his statements in various media and social networks about the mother of the girls who disappeared in Tenerife after taking them away from their father, from whom she was separated.

In a brief made public this Tuesday, the Public ministry reports that it has adopted this decision after completing the investigation initiated to assess the statements made by the priest last June in which he blamed the girl’s mother Anna and Olivia of what happened.

For the Prosecutor’s Office, these statements may constitute a crime of discrimination provided for in article 510.2.b of the Penal Code, punishable by six months to two years in prison.

Specifically, this crime is committed by anyone who “praises or justifies by any means of public expression or dissemination the crimes that have been committed against a group, a part of it, or against a specific person by reason of belonging to that group for racist reasons. , anti-Semitic or others referring to ideology, religion or beliefs, family situation, the belonging of its members to an ethnic group, race or nation, their national origin, their sex, sexual orientation or identity, for reasons of gender, illness or disability, or to those who participated in its execution “.

The controversial Gran Canaria priest attributed the behavior of Tomás Gimeno to the “infidelity” of the mother of the girls Anna and Olivia, statements that were disavowed and rejected by the Bishop of the Canary Islands, José Mazuelos, at first and that, later, culminated in his dismissal.

The Bishop Mazuelos agreed to remove Báez from his office as parish priest in Gran Canaria and He cautiously prohibited him from officiating the Eucharist for having blamed the mother of the girls Anna and Olivia for his death.

Likewise, he demanded not to make, in his capacity as a priest, demonstrations and statements in the media or through social networks, in a decree that Mazuelos signed on June 16.