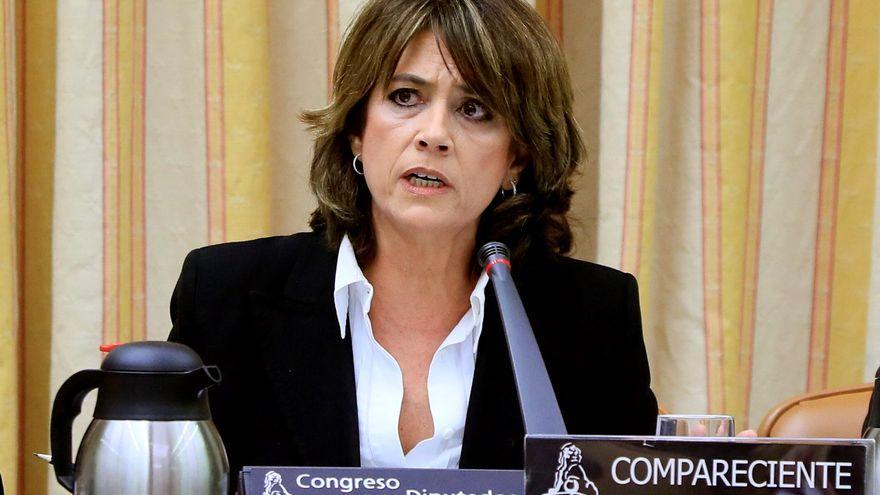 Juan Carlos I has covered himself with three cloaks to avoid a lawsuit that could put him on the bench: the inviolability that protected him when he was head of state, the prescription of possible crimes committed and the recent regularization before the Treasury of the amounts defrauded. The Prosecutor's Office defends that the king emeritus complied with the legal requirement to pay the treasury spontaneously and not as a reaction to the notifications that he was being investigated and that the institution that Dolores Delgado directs made him.

In the event that the Tax Agency had notified a file to Juan Carlos de Borbón for defrauding amounts greater than 120,000 euros in a single year, the complaint of the Prosecutor's Office for a tax offense would have been inevitable. Hence the importance of the controversial explanation that the Prosecutor's Office makes denying that his notifications were a kind of tip that would alert the king emeritus of what he could face if he did not hurry to pay the Treasury.

“Neither in the decrees of initiation of investigation proceedings 17/2020 and 40/2020, nor in the respective notifications, was there a reference to the facts to which the tax returns made on February 2 and 3, 2021 by SMD Juan Carlos de Borbón, for the simple reason that at that time the circumstances to which they refer were unknown, "summarizes the State Attorney General's Office in the press release that accompanies the closing decrees of the research.

According to the Prosecutor's Office, at the time he informed Juan Carlos I that he was being investigated "he had no record of non-compliance with tax obligations, conduct that has subsequently been outlined, after the tax returns made by the representation of SMD Juan Carlos de Bourbon". That is, the Prosecutor's Office notified the king of the opening of some proceedings against him, as an internal document of the Prosecutor's Office has forced to do since the year 2000. And if from that, the king, as all the media did, deduced that would lead to an investigation for tax crime, in the slightest of cases, it is something that does not concern the Public Ministry and cannot be equated to a tip.

As the Chief Anti-Corruption Prosecutor, Alejandro Luzón, explains in his brief, for the tax regularization "to have neutralizing effects of criminal law" the amount owed must be paid. But also, with the following chronological stocks: before the Tax Agency notifies the announcement of actions; or before the Prosecutor's Office or the State Attorney's Office files a complaint; or before the judge or prosecutor "carry out actions that allow him to have formal knowledge of the initiation of proceedings."

The notification to Juan Carlos I of the investigation proceedings for the funds he had received from the Lucum Foundation occurred on June 24, 2020, three months after a Swiss newspaper revealed the investigation of the Prosecutor's Office of that country for the donation from Saudi Arabia. The king waited until February 2021 to pay more than 4 million euros that he owed to the public treasury. Between the notification and the regularization, eight months passed, a period in which there was neither opening of an investigation by the Treasury nor the Prosecutor's Office filed a complaint.

Regarding the donations of the Anglo-Mexican businessman Allen de Jesús Sanginés Krause, the Prosecutor's Office notified the investigation proceedings to the king emeritus on November 3, the same day that elDiario.es revealed the secret investigation. Until February 2021, the king had three months. He paid what his advisers calculated he was owed and, for the second time, he escaped any criminal responsibility because neither the Treasury nor the Prosecutor's Office had acted against him in the form of a notification or complaint, respectively.

The Luzón prosecutor concludes: “Since the investigated party did not have formal knowledge prior to the presentation of the complementary tax declarations, in accordance with the provisions of article 305.4 of the Penal Code, such declarations have exonerating effect from criminal responsibility ( …) The principles of legality, strictness, certainty and legal certainty, which demand a strict interpretation of the criminal law, do not support, in the opinion of the prosecutor, another interpretation.”