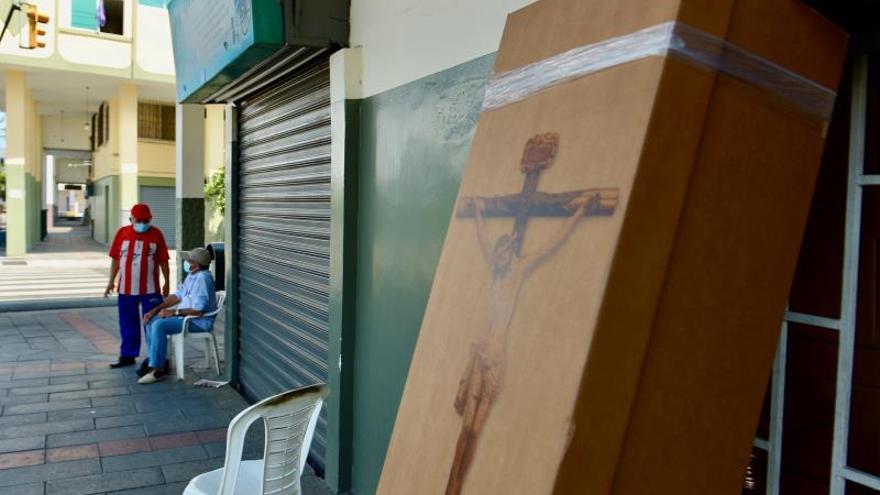 The Prosecutor's Office of the National High Court has filed the complaint filed by the United We Can parliamentary group in relation to various content disseminated by social networks during the confinement in which content was manipulated to falsely accuse the Government during the management of the health crisis. The Public Ministry frames the preparation and dissemination of these hoaxes or "fake news" in the midst of a pandemic in the exercise of freedom of expression.

"An opinion cannot be restricted or criminally prosecuted solely for being contrary to the Government and for considering that the images that accompany it do not conform to reality, and much less when the conduct does not fit into the typicity of the crimes that are they say committed ", ditch the chief prosecutor of the National Court, Jesús Alonso. United We can attributed to those responsible for the dissemination of hoaxes the crimes of insults and slander to the Government, public disorder and criminal organization.

One of the messages included in the complaint reproduced a video of a hospital in the Ecuadorian city of Guayaquil accompanied by the following text: "Do you want to see the reality that the Government hides from you? Well, this is it. Recorded today with a camera at the Ramón y Cajal Hospital in Madrid. There are not 1000 deaths a day. There are many more. Dumped on the ground, in bags , like dogs".

According to the chief prosecutor of the National Court, "these are mere critical demonstrations against the government's action as a result of its management in the face of the tragedy caused by the Covid-19 virus." "And even when they are accompanied by an infographic and a video that do not obey the current reality - he continues - the truth is that such images, in essence, if they respond to the officially verified reality, and that is that in our In the country thousands of citizens are dying as a result of the virus. "

The Public Ministry concludes that the act of passing some images from another country at another time through a Spanish hospital to attack the action of the Executive cannot be considered an insult or slander against the Government. "It is not a relevant piece of information when considering the facts as constitutive" of the aforementioned crimes, he writes. Injuries, he adds, involve "the action or expression that injures the dignity of another person, undermining his fame or undermining his own esteem" while slander occurs by imputing a crime "with knowledge of his falsehood or reckless contempt for the true".

Jesús Alonso goes further by stating: "The image (of Ecuador) does obey reality, the enormous number of deaths that took place daily in our country (more than 800 people a day for a week), which forced us to enable the Community of Madrid two provisional funeral homes on each ice rink to be able to process everything related to the burial of corpses due to the overflow of mortuaries in Madrid and neighboring cities. In fact, images finally appeared in some media similar to the one of the published tweet (dozens of coffins lined up) ".

The prosecutor assures that the number of deaths was not reported

The chief prosecutor of the National Court also believes that "there was a problem regarding the management of the high number of deaths that were occurring in our country as a result of the virus, a fact that was not known with certainty and that motivated a logical concern among citizens ".

Regardless of the falsity of the images, Alonso recalls that jurisprudence establishes that "the limits of admissible criticism are broader with respect to a political man and, ultimately, with respect to the actions of a state power.

The chief prosecutor also highlights that in the message "there are no expletives, insults, swearing expressions, but an opinion on the responsibility of the Government in managing the Covid-19 crisis in the sense that the real number of deaths was being hidden ".

Unidos Podemos has expanded its complaint on several occasions, but in which it attached the false video of the Madrid hospital, it included another in which insults are being poured at the Government, but which is not analyzed in this letter from the Prosecutor's Office, dated June 29 . In that other video, a person who claims to be a carrier shows the content of a supposed medical material manufactured in Spain that is going to be sent to other countries and that was actually folios. He adds that there are "200 trucks to load" and adds that Spanish is a "Government of sons of bitches." The Prosecutor's Office also does not refer to the Police Deputy Inspector who amplified it on social networks, Alfredo Perdiguero, identified in his complaint by United We Can and which the Ministry of the Interior avoided filing.

Another of the crimes attributed to the complaint by deputies Enrique Santiago and Juantxo Uralde was public disorder, considering that the dissemination of these contents simulated a situation of alarm. Here, the prosecutor assures that the state of alarm was such because it was decreed by the Government and that a CIS survey concluded that 96% of the respondents said they were "quite or very concerned" about the Covid-19 crisis, for so the messages did not cause any additional concern.

The Prosecutor's Office of the National High Court, which during the last government of the PP promoted the criminal prosecution of comments on social networks, including jokes, and formalized accusations of glorifying terrorism, now assures that messages with falsehoods such as those denounced by United We Can is "a critical exercise essential for the freedom of individuals in a democratic society "and that citizens, through them," control "and" control the action of power. "