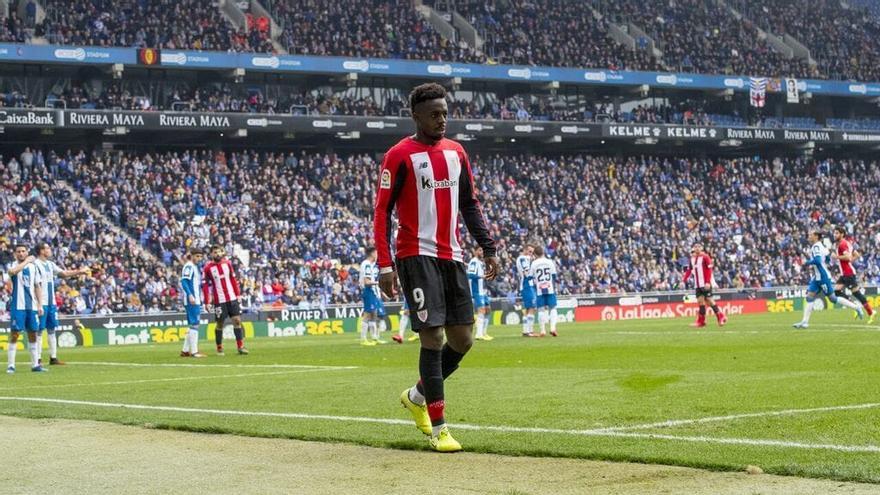 The Barcelona Hate Crimes Prosecutor’s Office has sued two Espanyol fans who allegedly yelled racist screams at Athletic Bilbao player Iñaki Williams. This is the first complaint filed by the Prosecutor’s Office for racist insults in a League match.

The events occurred on January 25 at the Cornellà stadium while the Espanyol – Athletic Bilbao match was being played. When Williams was replaced in the middle of the second half, the prosecutor says, the two defendants “screamed and scoffed” at the Basque player “with the undoubted effect of humiliation and undermining his dignity for racist reasons.

According to the prosecutor Miguel Ángel Aguilar, the expressions of contempt for Williams consisted of “simulating the gestures made by primates” as well as “reproducing the sounds ‘uh, uh, uh, uh’ by repeatedly shouting”, an onomatopoeia that imitates the sound emitted by the least and that, the complaint recalls, has been emitted on other occasions by groups of fans “to publicly offend black-skinned footballers in the course of a soccer match.

At the discretion of the prosecutor, the racist yelling at Williams may constitute a hate crime punishable by imprisonment from six months to two years and a fine for having damaged the dignity of the player through humiliation or disparagement for racist reasons. The complaint has already been admitted for processing by the Cornellà Investigative Court 2, which will investigate the facts.

In addition to the two defendants, Aguilar’s previous investigation identified a third person, a minor, as responsible for the racist yells at Williams. The Professional Soccer League itself He filed a complaint with the Public Prosecutor’s Office against the crimes of Hate in Barcelona after the match, and the Competition Committee opened a file with the Catalan club. Espanyol finished the season in last place, descending to the Second Division.

Politicians, sports leaders and footballers and former footballers showed solidarity with the Athletic Bilbao striker after the racist insults he received from Espanyol fans.

Why Salesforce Buys the Productivity Tool Slack for € 22.96 billion