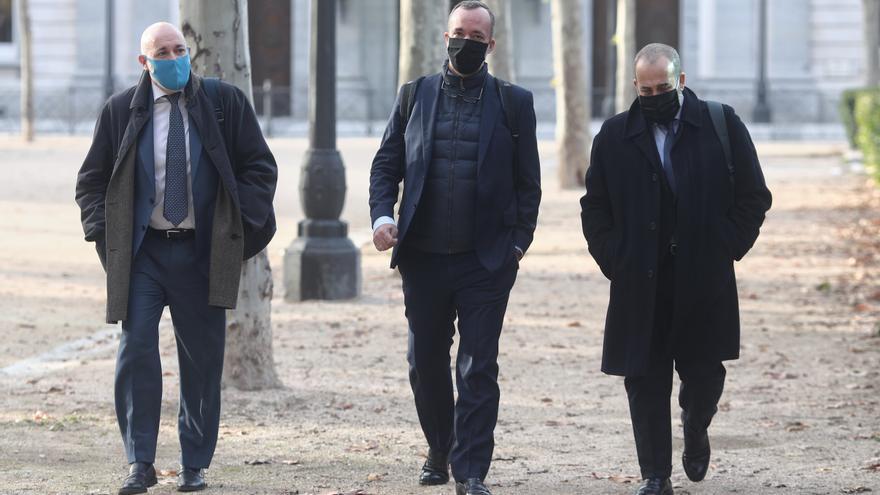 The Anticorruption Prosecutor's Office has asked the judge in the Villarejo case to initiate investigation proceedings against the notary Alberto Vela Navarro-Rubio for having warned Francisco Martínez that the prosecutors had gone to seize the messages with Jorge Fernández that the former number two of the Interior had deposited before him. The magistrate Manuel García-Castellón has agreed to inhibit himself in favor of a court in the Balearic town as it is competent to investigate the facts, possibly constituting a crime of revealing secrets.

The notary received a request on March 11, 2020 in which he was warned of the "secret nature of the proceedings." Despite this, on Francisco Martínez's phone, which was seized three days later, an exchange of messages was found with the notary, a friend of his, in which he said to the former number two of the Interior: “How is it erased? Martínez answers: "The chat is deleted and that's it."

The notary Vela Navarro-Rubio must appear as a witness before García-Castellón in relation to the accusations of the former Minister of the Interior, who assures that the messages he deposited at his notary Francisco Martínez are manipulated. The instructor of the Villarejo case will allow the notary to be accompanied by a lawyer since his statement may lead to evidence of crime in his performance.

The judge, also at the request of Anticorruption, has also summoned a second Madrid notary as a witness, before whom Martínez also protocolized messages. Faced with the possibility that some of them, such as the one in which Fernández Diaz reports the dump of the content of three Bárcenas telephones, was a forwarding of another sent by a policeman, the judge has again summoned the one who was deputy operational director Eugenio Pino, and the commissioner who directed that mobile operation, Enrique García Castaño, both previously accused.