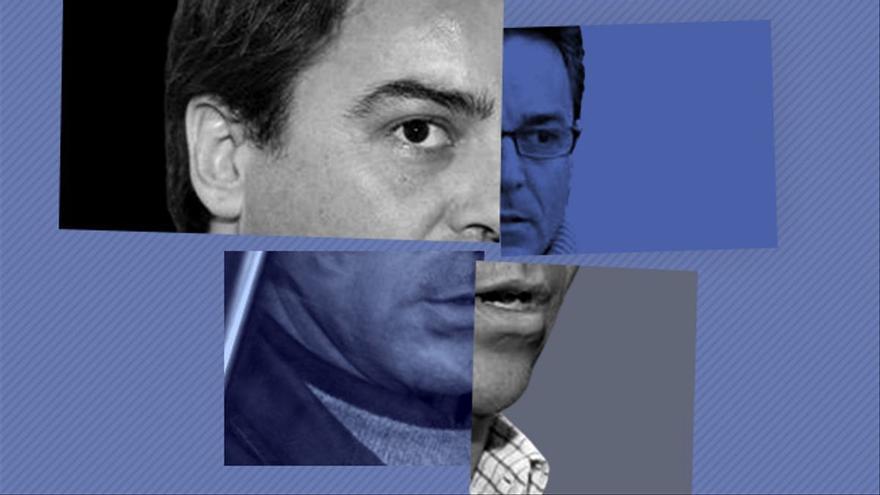 The Madrid Prosecutor’s Office has appealed Rodrigo de Santos’ two-year sentence for sexual abuse a prisoner in the NGO in which he held a position of responsibility. The Public Ministry asks that the ruling be rewritten and add to that sentence at least seven sexual assaults on a second inmate, who was also passing prison permits in a foster home of the Fundación Padre Garralda-Horizontes Abierta.

The prosecutor Dolores Ramírez Gordillo requested in the trial 20 years in prison for De Santos, five for the sexual assault that the court considered credited and another 15 for the same crime, committed at least seven times against another inmate. De Santos was freed from this accusation because, although the court considered the victim’s testimony credible, there was not enough evidence to lead to a conviction, according to the ruling of the Provincial Court.

De Santos had already been convicted in another proceeding for the abuses committed against two minors, friends of his children, but the Supreme Court considerably lowered the sentence of the Palma Court. After getting out of jail, the former politician began as a volunteer in Father Garralda’s NGO, with a board closely linked to the Popular Party. Despite his background, he ended up being hired and responsible for the inmates’ shelters, with whom he was left alone at times. The Prosecutor’s Office considers that he abused them by blackmailing them with informing Penitentiary Institutions against new permits. In the ruling of the Provincial Court of Madrid, the NGO was convicted as a subsidiary civil liable.

In their sentence, the magistrates considered it proven that De Santos took a young inmate home on November 8, 2016 on one of the permits he had. He gave him alcohol to drink, tried to kiss him and touched his penis, according to the account of the events. The WhatsApp messages that De Santos had previously sent him were decisive for the conviction. “The truth is that I would love for you to be mine ‘,’ if you were bisexual like me you would be 100% ‘,’ I’m going to sleep Rachid [nombre figurado], if you want to go down to sleep in my bed, I’ll leave you open ‘,’ I promise to treat you with great care and respect, as if you were my son … my house is your house and my bed is your bed. my side to sleep hugging you, I love you my Rachid ‘”, they pick up those messages.

In the case of the other young man, there is only a description of the abuses that Rodrigo de Santos would have committed against him using the “prevalimiento” that his position in the NGO gave him, as defined in the trial by the Prosecutor’s Office. Although it acquits De Santos of the abuses of this second inmate, the Madrid Court considers Benjamin’s testimony [nombre figurado] “credible, credible and even persistent,” as the prosecutor recalls in her appeal, to which elDiario.es has had access.

The sentence negatively assessed the fact that the victim added details in the successive statements he made during the investigation phase. For the Prosecutor’s Office, this circumstance is “logical”. The crimes against sexual freedom cause, he alleges, “a state of post-traumatic stress in the victims, who, as they overcome their fear and recover in their mental health, remember new data that they naturally incorporate into their statements. “.

The ruling that convicted De Santos alludes to a possible “spurious spirit” of the victim, consisting of seeking a change of guarantee, which the NGO granted to another family member. However, the Prosecutor’s Office alleges that this guarantee was already granted when Benjamin decided to go to the police station to report the events. Finally, the sentence refers to the fact that Benjamin’s complaint occurred some time after the last alleged abuse. In this case, the Prosecutor’s Office recovers jurisprudence in the form of four judgments of the Supreme Court that rule out that this delay is an element that diminishes the credibility of the testimony, but rather, a reaction of “normality in the victims.”

The Public Ministry disputes that Benjamin’s testimony “lacks elements of corroboration.” In this regard, it cites the reference testimonies in the case of people who, although they did not witness the attacks, did “have knowledge of the victim’s story in the moments before or immediately after the filing of the complaint.” “Even some of these witnesses directly witnessed the state he was presenting at that time (hair loss, uncontrolled crying, changing mood …)”.

For its part, the defense of Rodrigo de Santos has also appealed the ruling but demanding that the Superior Court of Justice of Madrid absolve him of the crime of sexual abuse against Rachid. They consider that the young man has presented “multiple incongruities” in his different testimonies and that the court commits “a clear and manifest error” with the dates on which the WhatsApp with Rodrigo de Santos took place with respect to the moment in which the events occurred. , which would not corroborate them but quite the opposite.

Other messages after the events, which the defense reproduces in its brief, do not precisely show “rejection or rejection” of De Santos, such as when Rachid conveys his support, with expressions of affection, when a chat of NGO workers was published. criminal record of the emerging value of the Balearic PP. “My client wonders if a person victim of abuse would send a message of encouragement and motivation to his executioner. The answer is obvious: no.”