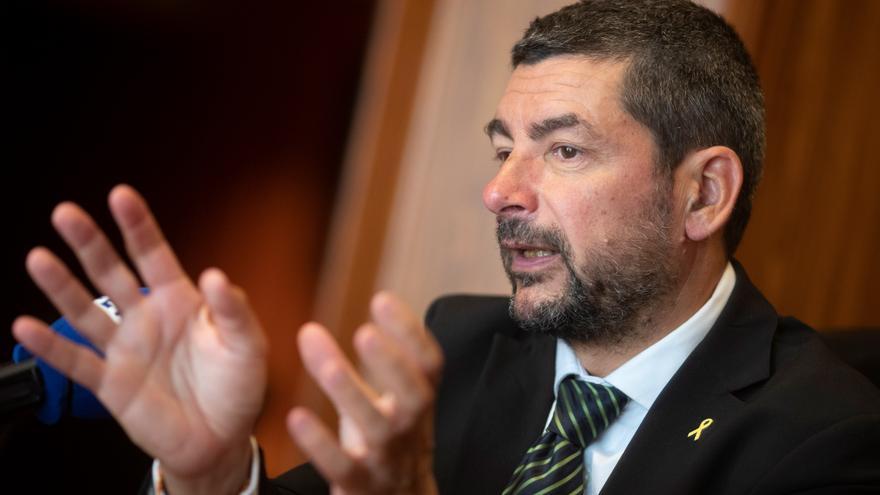 The Barcelona Prosecutor’s Office has asked to annul several agreements of the electoral board that the presidency of the Barcelona Chamber of Commerce gave to Joan Canadell, of the independence candidacy Eines de País, for not counting hundreds of remote votes as valid. Canadell has made the leap to politics and will be part of the Junts per Catalunya lists in the next elections to Parliament.

In 17 appeals presented by the opposition candidates to Canadell in the contentious-administrative courts of Barcelona against the agreements of the electoral board for the chamber vote, the Prosecutor’s Office maintains that the decisions of the body constituted a violation of the fundamental rights of access to public office and equality, recognized in the Constitution.

The Prosecutor’s Office is based on the fact that “contrary to law”, the electoral board responsible for validating the results of the elections – regulated by a decree of the Department of Business of the Generalitat – declared hundreds of remote votes null due to defects in the system computer of the vote. For the Prosecutor’s Office, the origin of these irregularities is the use of a computer system that lacked the necessary guarantees for an electoral process, both in the case of the Barcelona Chamber and in that of the other chambers of commerce in Catalonia.

If a judge attends the request of the Prosecutor’s Office, advanced this Wednesday by The confidential, the Barcelona Chamber of Commerce could have to re-hold the elections that last May raised Canadell to the presidency of the institution. Canadell’s list, openly pro-independence and promoted by the ANC, was made with 32 of the 40 members of the Barcelona Chamber, the most important chamber of the community. The candidacy of Eines de País was imposed against the lists of Enric Crous, Carles Tusquets, Ramon Masià and the 50X50 women’s platform in elections that were carried out electronically, with two modalities, one in person and the other remotely.

Precisely, Carles Tusquets and Ramon Masià presented individual appeals against the results of the chamber elections before the contentious-administrative chamber of the Superior Court of Justice of Catalonia (TSJC) and before the Government, which they asked to suspend the constitution of the plenary, which finally took place. Last March, the TSJC, in a non-firm decision, annulled the Generalitat decree that regulated the elections of the Catalan chambers of commerce, considering that the citizen participation process was not respected.

Sources from the Barcelona Chamber of Commerce have indicated to the ACN agency that the position of the Prosecutor’s Office refers to the actions of the Electoral Board, and has nothing to do with specific candidates. They have also stressed that the auditor of the elections considered a series of suspicious votes and that for this reason the board annulled them. In some cases they had left the same terminal.