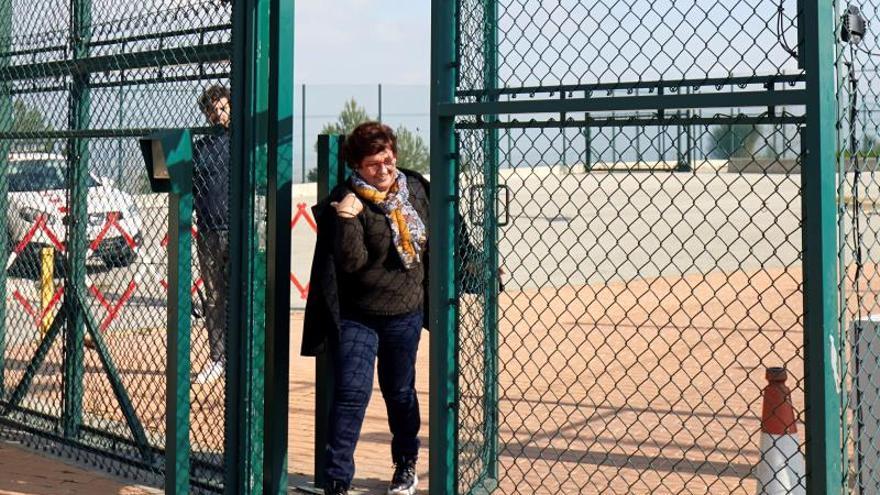 The Prosecutor’s Office has asked the Supreme Court to revoke the third degree of the former president of the Parliament Carme Forcadell and the former Minister of Labor Dolors Bassa when assessing that “their stay in prison is more theoretical than real.” The High Court already has on the table all the resources of the Prosecutor’s Office against the semi-release of the prisoners of the procés, some of them pending resolution for almost two months.

The judge of prison surveillance endorsed the semi-freedom of Forcadell and Bassa considering that the “seriousness of the crime” and the time to serve the eleven and twelve year prison sentences to which they were sentenced for sedition “do not constitute insurmountable obstacles” to the third degree granted by the prison services of the Generalitat. The judge especially appreciated that both former leaders did not want to return to politics and prioritized spending time with their family.

In its appeal, the Prosecutor’s Office insists that only an effective internment –without work opportunities or to take care of family members– can make the convicts “recognize the crime” and not only the facts for which they were convicted, as they already do. To achieve the “criminal assumption”, the Prosecutor insists that Forcadell and Bassa carry out “a treatment program” on sedition, something that the Catalan judges of prison surveillance saw contrary to ideological freedom but that the Supreme Court endorsed when he decided to paralyze the work opportunities of the prisoners of the procés.

Until this program is completed “satisfactorily” and the convicted women “assume that what they did and for which they were convicted is a crime,” for the Prosecutor’s Office there is no room for progression to the third degree.

Bassa and Forcadell remained in preventive prison from March 23, 2018 until the Supreme Court ruling on October 14, 2019. Three months later, with their final convictions, the Catalan prisons allowed them to go out to care for relatives. Unlike the Lledoners inmates, the judge who upheld his third degree did not suspend him in the summer. However, the penitentiary law states that once the Prosecutor’s Office appeals the semi-release before the sentencing court – in this case, the Supreme Court – it is automatically suspended until the judges decide.

In the case of Bassa, the Prosecutor’s Office rejects the findings of the prison surveillance judge and the technical team of the prison and affirms that the former councilor “maintains all the deficits that led her to commit a crime: lack of respect for the laws and the courts of justice , belief of a superior mandate of the Parliament of Catalonia over the mandate of the Constitutional Court “. Regarding Forcadell, the Prosecutor’s Office emphasizes that, if the third degree is granted, which allows prisoners to go to prison only to sleep during the week, “it would be impossible to continue” the treatment on sedition.

The Prosecutor’s Office also believes that the low risk of recidivism presented by both prisoners, a fact that the judge took into account to endorse the third degree, is not relevant. The reason is that, according to the Public Ministry, the system to assess the risk of criminal repetition used by prison professionals “is intended for the offender in general” and “is not applicable” to those convicted of sedition.

“Being a drug addict or lack of education is considered, in this system, risk factors that increase the chances of criminal recidivism, however, if the intern [Forcadell y Bassa] suffered these deficits, she would never have been able to commit the crime for which she is sentenced, since she would never have reached the position of responsibility necessary to commit it, “the prosecutor reasons in his resources.

Moreover, for the prosecutor if the possibilities of family, labor and social reintegration of the prisoners were valued “only” to grant the third degree without taking into account the “level of assumption of responsibility” of the facts for which they were convicted and “The treatment needs” would generate “an unbearable and unconstitutional inequality in the system itself, which would give this type of criminals who are not related to social or economic marginalization a letter of marque.” “The sense of punishment and the constitutional principle of equality before the law would thus be emptied,” adds the Prosecutor’s Office.

Rull and Turull disfigure the Supreme Court their “procedural lethargy”

With the appeal against the third degree of Bassa and Forcadell, the Prosecutor’s Office has completed the challenges of the semi-release of the nine prisoners of the process that two judges of penitentiary surveillance have endorsed in the first instance. The final decision rests with the Supreme Court because it was the court that issued the sentence on the prisoners.

Unlike Bassa and Forcadell, in the case of the seven prisoners from Lledoners, the appeal of the Prosecutor’s Office is pending resolution by the Supreme Court since the end of September, because the prison surveillance judge endorsed her third degree more quickly than the magistrate in charge of deciding on the semi-release of the former president of the Parliament and the former minister of Labor. Before the appeal of the Prosecutor’s Office, the judge of the Lledoners prisoners decided to automatically suspend third grade, an opposite decision which the magistrate took regarding Bassa and Forcadell.

In this sense, the former councilors Josep Rull and Jordi Turull and the former leader of the ANC and current secretary general of JxCat, Jordi Sànchez, have sent a letter to the Supreme Court in which they remember that the prison regulations establish that they will be resolved “preferentially” the appeals against the classification in the third degree, for which they have demanded that the High Court abandon the “procedural lethargy” of their case and resolve “urgently” the challenges of the Prosecutor’s Office to the semi-release.