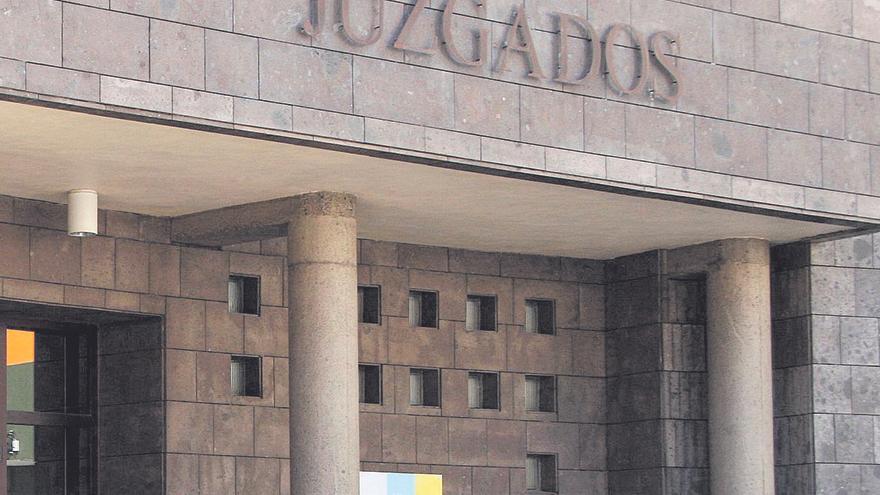 The Prosecutor’s Office requests two years in prison for two men for a hate crime, since they allegedly insulted and harassed a couple on different occasions for their homosexual condition in the municipality of Güímar. In addition, the Public Ministry demands for each of the denounced the payment of a fine of 2,160 euros, as well as the prohibition of approaching or communicating with the affected persons for a period of two years. The private prosecution, exercised by the lawyer Patricia garrocho, requests six years in jail, 4,620 euros of fine and 1,794 euros to compensate damages, as alleged perpetrators of two hate crimes, one of threats and another minor crime of material damage. In addition, the lawyer for the complainants suggests that their clients be compensated with 10,000 and 8,000 euros in civil liability.

The defense lawyer of one of the accused, the owner of a restaurant, requests free acquittal, since “it is not true that the complainants have been humiliated, insulted or harassed, especially because of their sexual condition.” In addition, this last part considers that the couple intends to use their sexual orientation to achieve, by criminal means, what they have not achieved from the administrations, “such as closing the restaurant.” According to the order issued by Court No. 2 of Güímar, it all began when the complainants moved to live in their home, on the El Puertito de Güímar promenade, next to a restaurant that has been open for several decades.

The complainant, Jorge Machado, complained about the installation of multiple chairs and tables of the business next to the facade and windows of his home, for which he reported the events to the City Hall. Based on the aforementioned judicial order, the owners and managers of the premises “developed a certain animosity against the complainants,” especially against Machado, as he led the complaints, due to his status as lawyer. This has presented dozens of complaints in different organizations, such as various departments of the Canary Islands Government, as well as in various councils of the Güimarero town hall, the Common Council, the Tax Agency, Labor Inspection, Health and security forces.

The court order states that, as a result of this tense relationship, the business owner allegedly made public incitements and obscene gestures towards the complainants; “All of them related to the sexual condition of both”, Jorge Machado and his partner, Ángel Paz. In one of the recordings contributed by those affected, said man can be seen “gesturing sexual acts, such as grabbing his penis in the direction of the house” or shouting his preferences for the VOX political party and his desire that it “end with homosexuals ”. As a result of the aforementioned animosity, always according to the text of the magistrate-judge’s order, several restaurant employees “addressed the complainant and his partner with insults, humiliations, laughter as a mockery”, among other things. According to the accusation, on April 3, 2019, one of these workers addressed Jorge Machado with the following words: “Come here to give yourself, fag!”

Two weeks later, the same restaurant employee allegedly told the homeowner to warn him that if he called the police again, “they were going to kill him, tear off his head.” On another occasion, on April 28, always as he picks up the car, the business owner allegedly stated in a very loud voice: “Have you voted yet? Vote for VOX, which is going to kill all the fags ”. Days later, on May 4, the employee denounced in this process addressed Jorge Machado in the following terms: “Don’t look at me, clown, you fucking fag.” On the same date, the owner of the restaurant shouted again in the direction of the aforementioned home of those affected: “The house of the fags, they are pigs, they must be killed.”

And on May 6 of last year, in the house of the aforementioned couple, burnt cooking oil was allegedly poured through a window, in a considerable quantity and, due to the smell, fish had been prepared there; the product in which the aforementioned restaurant establishment specializes. Less than three months earlier, on February 9, the vehicle of one of the complainants appeared with the rear view mirror on the driver’s side broken. In addition, the car had the word “fag” painted on it and a drawing of a penis. In the initial complaint filed by the aforementioned neighbors, there were also three other people, a woman and two other men, but against them there was no evidence to prove their direct participation in the events, according to the magistrate-judge.

The court order states that the two accused “developed a personal animosity towards the complainants, partly as a result of the previous complaints about the activity” of the restaurant presented by Machado. “The defendants focused their animosity (hatred, after all) towards the complainants through these insults related to their sexual condition and carried out different acts of harassment or retaliation for those complaints or complaints,” states the judicial authority. As clarified by the head of Court number 2 of Güímar, “the hate crime does not require that those investigated be truly homophobic, but that they incite hatred or hostility, discrimination or violence against certain people because they belong to a group such as homosexuals” .

The defense attorney Gonzalo Vargas rejects that his client carried out humiliation or humiliation towards the aforementioned couple, nor that the owner and the restaurant workers agreed to act in that way. In fact, he explains that, sporadically, when there is a large clientele, a waiter, who is homosexual, works in said place, who has declared that he has never felt offended or belittled by the staff or the property of the business. This lawyer comments that, over more than two years, the owner of the house located opposite the restaurant and the complainant has filed more than a hundred complaints with different agencies and security forces. And it cites a City Council decree, which warns that, if they had to attend to all the requirements and complaints of the main complainant, they should leave the attention to other citizens and companies uncovered. Last September, a complaint was filed by the restaurant’s owner’s wife against Jorge Machado for false accusations and harassment, according to the aforementioned defense attorney.

“The victims of these situations do not have to endure humiliation”

The lawyer Patricia Garrocho explains that there is no reason to put up with more expressions such as “fag; crazy; Come on, I’m going to make you a man, or dressing as a woman is not normal ”. According to the lawyer, the victims of these situations “do not have to put up with that damage, that humiliation, those humiliations, which were once considered normal and which today are less common, but still exist in our society.” “Now it is a crime, since the introduction into the Penal Code, after the reform of Organic Law 1/2015,” says Garrocho.

Remember that article 510 of the Penal Code is within the crimes “against the Constitution, in the fifth chapter, dedicated to those related to the exercise of fundamental rights and public freedoms.”

“This denotes its relevance, since its purpose is the protection of discrimination as an autonomous right derived from the right to equality in article 14 of the Spanish Constitution,” says the lawyer. And he cites that “all Spaniards are equal before the Law, and our sexual option has passed, after the aforementioned reform, to be rigorously protected, avoiding the suffering that has been caused by homophobic people to their victims, just by having a different sexual orientation; in this case, the law regulates and protects dignity that, until 2015, was not included in the Penal Code ”.