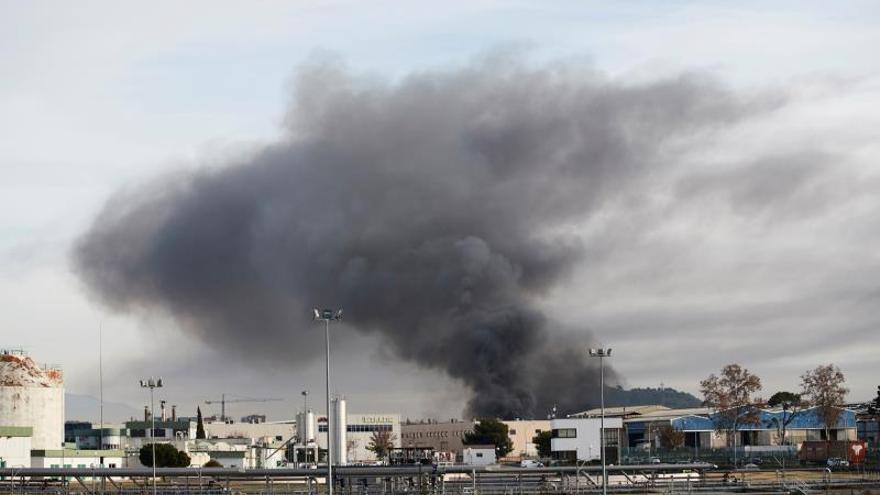 “An ecological disaster of the greatest magnitude of those recently remembered in the Spanish territory.” This is the expression of the Barcelona Environmental Prosecutor, Antoni Pelegrín, in his complaint against three directors of the company owned by the Montornès del Vallès (Barcelona) waste recycling plant, whose fire caused the spillage and solvent contamination of the Besòs river.

In his complaint, which has already been admitted by Investigative Court 2 of Granollers (Barcelona), the prosecutor Pelegrín accuses the general director of the Ditecsa company; to his delegate in Catalonia; and to the person in charge of the Montornés plant of a crime against natural resources and the environment and another related to the protection of flora and fauna due to the spills in the Besòs river generated by the fire of the company that caused the death of thousands of fish and serious damage to fauna.

The complaint goes over the trail of irregularities that the company maintained for years, and that it did not completely rectify despite successive inspections and fines from the Catalan Waste Agency. The Generalitat even fined the company with penalties of 3,000, 15,000, 48,000 and 10,000 euros in 2014, 2016, 2018 and 2019 for successive breaches of waste regulations, despite which those responsible for the company, continues the prosecutor , they continued to accumulate and mix waste against the regulations, which ultimately caused the fire and the subsequent discharge into the river in December 2019.

According to the complaint, those responsible for the company were “aware at all times” that the Montornès plant had “a significant accumulation of waste and dangerous products” greater than that allowed by the regulations, and that they were also kept in “places not authorized “, without properly labeling and without knowing” what was the true content of the container “, something expressly prohibited by the legislation that requires the labeling of toxic and dangerous waste containers.

In addition, the prosecutor continues, the defendants knew the plant workers were not properly trained to mix toxic waste – an activity that they did despite being prohibited – or to react correctly in the event that any of the drums reacted with smoke or fire. For this reason, when a 200-liter drum began to burn during the night shift of December 11, 2019, the prosecutor abounds, nobody knew what to do.

The reaction continued inside the drum due to the prohibited mixture of residues it contained, which caused it to be at 7.36 am. will start to burn, rapidly affecting the rest of the drums and the entire Montornès plant. The prosecutor points out that the dumping of waste during the fire affected the flow of the Besòs river and left it “with a disastrous quality that made it impossible for the existing aquatic life to be maintained from the points of discharge to the river to the mouth of the Mediterranean” .

The prosecutor recalls that the “huge mixture of toxic and dangerous compounds” that reached the river due to the spills and that lasted for days “caused very serious damage to the balance of the ecosystems” of the Besòs river as well as the death of hundreds of fish –In a few days 99% of the fauna died– and a chronic damage to the ecosystem.