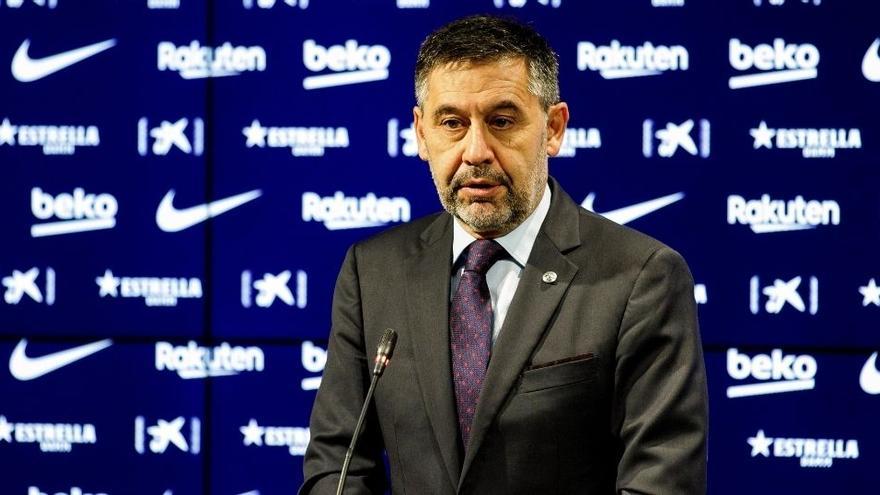 The Barcelona Prosecutor's Office has commissioned the Mossos d'Esquadra the open investigation against Joseph Maria Bartomeu and other people as a result of the complaint filed by Barça, as confirmed to 'EL PERIÓDICO', a newspaper that belongs to this same group, Prensa Ibérica, sources familiar with the case. From the outset, the agents must analyze the documentation provided by the Barça club and request, if they consider it necessary, from files to statements by witnesses or defendants. The machinery has been put into operation due to the possible existence, according to sources of the case, of behaviors that are under suspicion and due to the indications that a crime has been committed in some of the reported operations.

The investigations focus on the payment of commissions for the transfer of soccer players, among them Antoine Griezmann and Malcolm, payments of fees considered excessive to lawyers, some of them linked to a player, the Espai Barça, the possible splitting of payments and the creation of companies to formalize disbursements. The FC Barcelona, according to the same sources, has offered to the prosecution to collaborate in the investigation and provide the documentation deemed appropriate to clarify the alleged irregularities. Being an economic issue, the complaint has been assumed by a prosecutor specializing in this type of crime. The initial period to investigate is six months, although it can be extended.

The fact that the Mossos are the ones that track the data provided in Barça's complaint is not surprising. And it is that the police of the Generalitat is in charge of another investigation, in this case already judicialized, against Bartomeu, that of Barçagate, on alleged unfair administration for the alleged improper use of social network monitoring contracts to launch campaigns against opponents of the board of the former president of Barcelona and journalists critical of his management. In this case, curiously, some of the defendants are judicially resisting the agents to analyze their computers and mobile phones.

The two investigations in which Bartomeu appears, therefore, will take place in parallel. The former president of Barça already presented a document a few days ago to the prosecutor's office, signed by his lawyer José María Fuster Fabra, so that he could be transferred to the Barça club's complaint. nearby sources to the predecessor of Joan Laporta They have assured this newspaper that for now they have not received anything. Other people who appear in the lawsuit have also approached the prosecution with the intention of demonstrating that they have not committed any irregularity and, therefore, no criminal act.