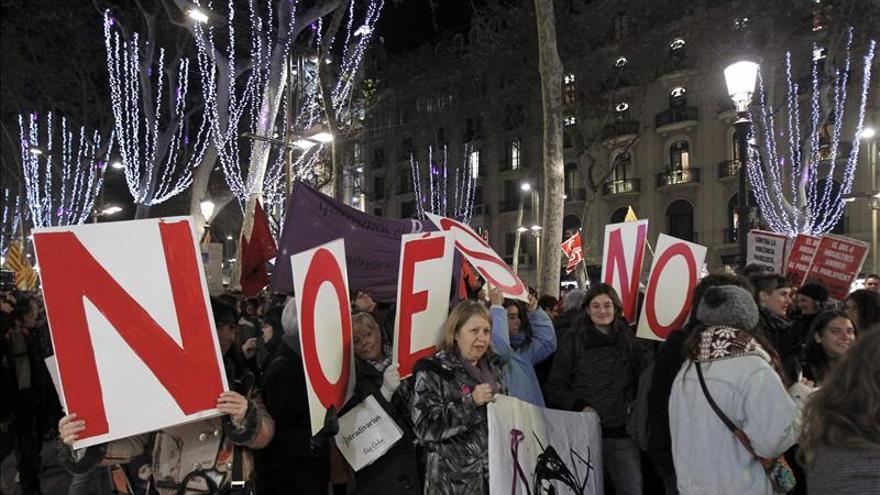 “Contempt for women”. This is the reason that, according to the Prosecutor’s Office, led a man to attack two women in Barcelona with a cutter. The defendant faces a request for a sentence of eight years in prison and compensation to the two victims amounting to 40,900 euros.

The events occurred on May 5 in Barcelona. According to the prosecutor in his letter, the defendant, DN, a homeless person without a residence permit in Spain, approached a woman who was pushing a baby carriage down the street and tried to stab her with the blade, although he did not succeed because a witness pushed him and separated him from the woman.

On the same day, continues the prosecutor, he later addressed a woman who was watching his mobile phone distracted and, after insulting her shouting “daughter of a bitch”, attacked her twice with the cutter: first he broke her mask, later he caused a cut from the eye to the ear of his right cheek and finally he fled.

The sole purpose of the attacks, argues the prosecutor, was to undermine the physical integrity of women due to the “contempt” that the defendant feels towards them and his desire to show his feeling of superiority and demonstrate that he considers them inferior.

In its indictment, the hate crimes Prosecutor’s Office highlights that the defendant had already shown “despotic attitudes” and “inconsiderate manners” with the techniques of the municipal shelters and reception centers in which he had been after his arrival in Spain, until the point that he acted violently when his wishes were not met.

According to the prosecutor, the “contempt” that the defendant, in provisional prison for this cause, feels towards women “for the fact of being” triggered his two misogynistic attacks, one of them unsuccessful, to make clear his feeling of superiority. The 18-year-old victim suffered a four-inch wound that prevents her from raising her eyebrow and has left a four-inch scar from the tail of her right eye to the top of her ear.

Due to these facts, the Barcelona hate crimes prosecutor’s office attributes to the accused a crime of attempted injuries – for which he asks for two years in prison – and another of injuries with deformity and use of dangerous instrument – for which he requests other six years in prison -, in both cases aggravated by gender discrimination.

In addition, he requests that he be prohibited from approaching less than a kilometer from the second victim for ten years, and that he compensate her with 40,900 euros, for the injuries, the aesthetic damage and the moral damage caused.

The Prosecutor’s Office also asks that the fulfillment of all the jail sentences that end up being imposed on the accused be agreed, since it believes that in this case it is not a “disproportionate” measure, taking into account the “nature and seriousness” of the crime. However, if before completing the sentence he is classified in the third degree or agrees to conditional release, he requests his expulsion from Spain as he lacks a residence permit.