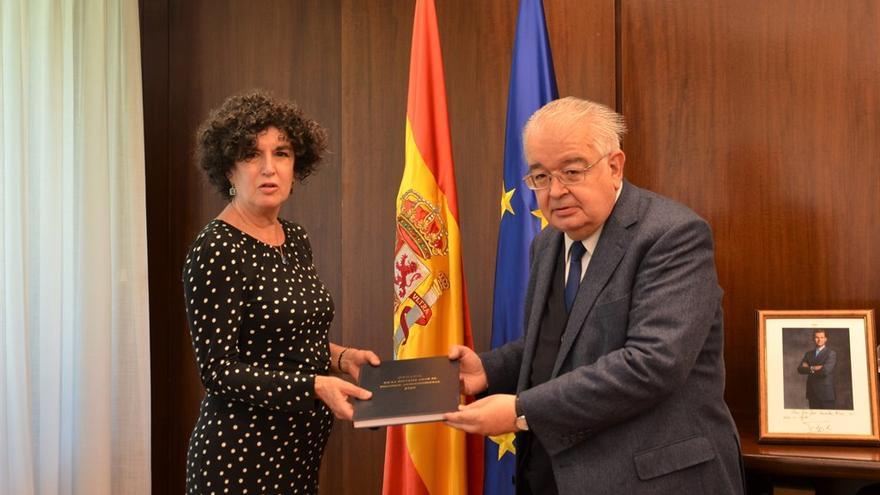 Ángeles Sánchez Conde will be proposed as a fiscal lieutenant of the Supreme Court, a position that involves occupying the 'number two' of the career behind Dolores Delgado, tax sources inform elDiario.es. This has been communicated by the attorney general herself to the members of the Fiscal Council meeting this Tuesday to address the replacement in this position of Juan Ignacio Campos, who died last December, and who was also in charge of the investigations into the emeritus king Juan Carlos I. She will be the first woman to hold this position.

Sánchez Conde, Prosecutor of the Chamber attached to the Criminal Chamber of the Prosecutor's Office of the Supreme Court, has received the support of the four members of his association, the Progressive Union of Prosecutors (UPF), and the head of the Fiscal Inspection, Maria Antonia Sanz Gaite. They are the same support that another candidate has garnered, the former State Attorney General Consuelo Madrigal, who has been supported by the five members of the conservative Association of Prosecutors (AF), to which she is associated.

The Fiscal Council is the advisory body of the Public Ministry and is made up of three ex officio members and nine representatives of the associations: five from AF and four from UPF. Although her reports are not binding, the attorney general does have to listen to her judgment before making her nomination proposals to the Council of Ministers. In addition to those mentioned, the prosecutor of the Supreme Court Javier Zaragoza also opted for this position; the chief prosecutor of the Anti-Drug Prosecutor's Office, José Ramón Noreña; and the prosecutor of the Supreme Court José Javier Huete.

Sánchez Conde entered the career in 1982. After passing through various destinations in Cádiz, Barcelona, ​​León or Bilbao, in 1992 she was appointed chief prosecutor of the Superior Court of Justice of Madrid. In 1997 she moved to the Constitutional Court, where she was appointed lieutenant prosecutor in 2006. In 2021 Dolores Delgado appointed her as a court prosecutor attached to the Criminal Chamber of the Supreme Court Prosecutor's Office, a position she currently holds.

Tags: Àngels, count, it will be, number, progressive, prosecution, Sanchez