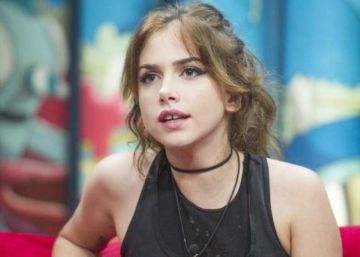 The producer of Big Brother, Zeppelin, announces that it will take measures in the program to "address possible situations of violation of rights." The announcement is made in a statement that "regrets and acknowledges that it was a mistake the first communication" that was made to Carlota Prado, the contestant who in the 2017 edition was allegedly the victim of sexual abuse by José María López , another participant in the program.

Some videos published by The confidential they showed how the program kept recording the contestant while he was shown the images of the alleged sexual abuse he had suffered while he was unconscious. The producer acknowledges that, despite the measures that were taken "to try to safeguard the privacy of the two contestants," the way of communicating the facts to Prado "was not correct, in a case where there was no background in all the history of the contest in Spain ".

In the statement, Zeppelin announces that it has decided to review the protocols in Big Brother "and reinforce the teams to face possible situations of violation of rights." Specifically, the producer says that the program "studies to strengthen the privacy of the confessional in exceptional situations, to establish the policy of zero alcohol and to reinforce the attention to the contestants during and once they have left the house".

The announcement comes after Almost a dozen brands have decided to withdraw their advertising campaigns from the program, which currently issues the seventh edition of GH VIP, the version with famous participants. Companies such as MediaMarkt, Nestlé, Reina Desserts, Trolley or Adeslas have put an end to their relationship with space. "Given the recent events that have come to light on the alleged case of sexual abuse of a contestant Big Brother of the 2017 edition, they terminate the sponsorship agreement that linked them to the program, for their total rejection of any type of sexual abuse or violence, "the telecommunications operator Fi Network said in a statement published on social networks.

The events occurred during Big Brother Revolution, the last edition with unknown contestants that has been broadcast on Telecinco. Zeppelin recalls in his statement what was his way of acting at the time it was detected that the contestant could have had non-consensual sex. "The producer activated the established protocols, immediately filed the complaint, expelled José María from the contest and moved Carlota to a hotel where, accompanied by independent and family psychologists, she remained because she decided to return to the contest, which only happened once she obtained the high. "

"The team of Big Brother, which has always condemned this type of behavior, decided that, in addition to the usual procedures, it should file a complaint that would allow an investigation to be opened to clarify the facts. Therefore, the executive producer of the program himself appeared in the Civil Guard to inform him of what happened during that night at home. "Zeppelin says that since then, the program has always collaborated with the authorities providing the necessary evidence for the investigation, "duly encrypted and guarded".

For its part, Mediaset has also released a statement in which it "deeply regrets the confusion created by the denigrative campaign against Big Brother on events that occurred two years ago "." Mediaset Spain undertakes to work responsibly to overcome this situation as soon as possible, protecting one of the programs preferred by the Spanish audience, "says the note." From our firm and demonstrated commitment to Against all types of abuse, it is necessary to remember that the case is in the hands of justice, in a process that Mediaset Spain is not part of and has not been called to testify, "the statement said.