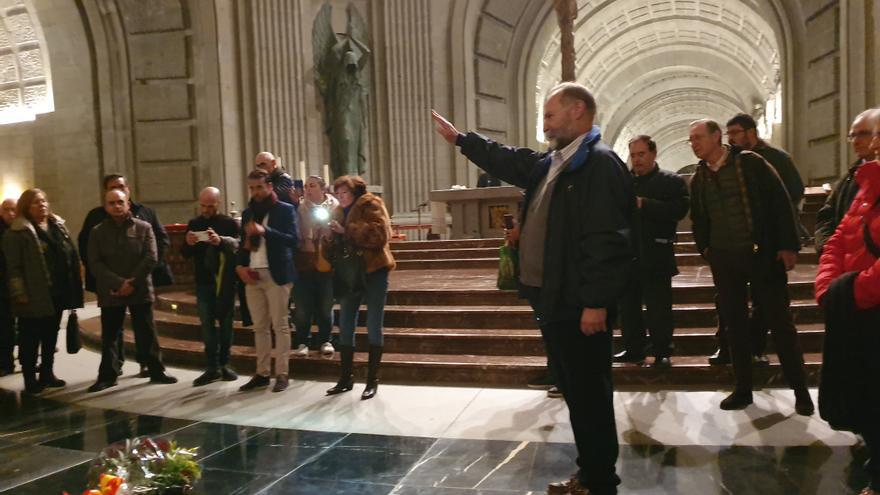 This Friday marks the 45th anniversary of the death of Francisco Franco. The dictator, who for a year left the Valley of the Fallen and now rests in Mingorrubio, was the true 'savior' of the Catholic Church, to whom he granted all kinds of privileges that, even today, in full democracy, remain untouchable . Now, the nostalgic people of the Franco regime are preparing a series of tributes, including several masses and a 'pilgrimage' from the Valley of the Fallen (with a homily by Santiago Cantera included) to Mingorrubio, where a responso will be said. And they do it divided, and with insults crossed between one and another. So much so that even the Franco Foundation has distanced itself from them.

The events have been called by the Spanish Catholic Movement, an ultra-Catholic entity that has also organized a fascist meeting in the Plaza de Oriente, next Sunday at 12 noon, to claim the legacy of Franco and Primo de Rivera. A convocation from which the Falange, which has organized its own acts, has been unmarked, accusing the MCE of "extreme right-wing and reactionary organization."

The response of the Catholic Movement has not been long in coming: "After a decade of collaboration and joint struggle, our comrades now discover that we are pathetic reactionaries who make the beautiful things we touch disgusting. However, nothing is more pathetic and reactionary than those nineteenth-century manners of prima donna jilted ".

'Pilgrimages' from the Valley of the Fallen to Mingorrubio

The two sectors of the Spanish far right will go separately to the Valley of the Fallen. Thus, while the MCE has organized a 'pilgrimage' for Friday, with a mass presided over by Santiago Cantera and a response in the Mingorrubio cemetery, the Falange will not go to Cuelgamuros until Sunday, while on November 19 they will celebrate a mass by José Antonio in the church of Santiago. On 20N, for its part, has called a 'Blue March' to Genova street.

And what happens in the rest of Spain? Last year around twenty masses were celebrated in different parts of the country. Alicante, Almería, Cartagena, Castellón, León, Seville, Valencia, Valladolid or Zaragoza will host Masses in memory of Franco and José Antonio this year, but there will no longer be them, for example, in the Jesuit Church of Serrano (Madrid), or in the Mausoleum to the Fallen in Pamplona. Despite what the archbishop himself, Francisco Pérez, dropped, finally there will not be a mass for Franco in the Navarran cathedral. Neither in the cathedrals of Granada, Albacete or Jaén, where they were held last year, or in the church of El Pardo.

Yes there will be a mass, on Saturday 21, in the chapel of Santiago Apóstol, managed by the Lefebvrians in Madrid, which will be attended by the Spanish Catholic Movement, but not the Falange.