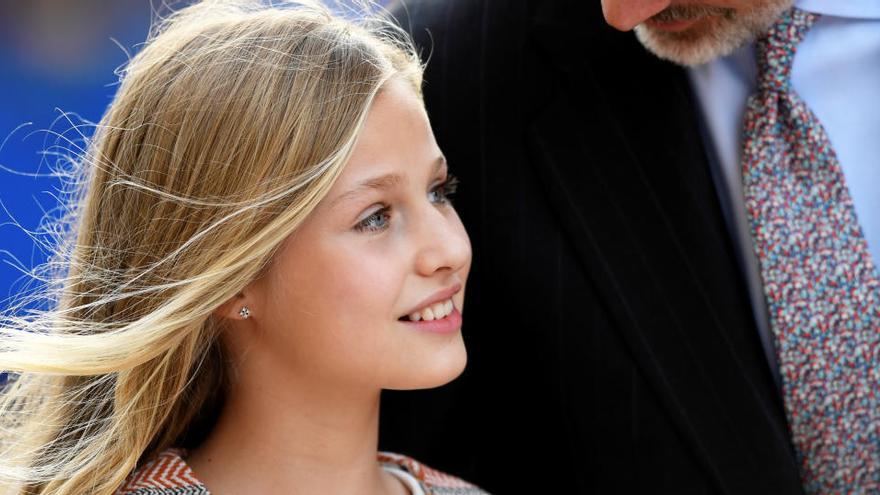 Spain will have as of this Saturday, October 31, a princess of Asturias quinceañera, age that leads to a growing institutional activity temporarily conditioned by the pandemic and in a situation unknown until now by the Crown being the target of criticism that comes even from the coalition government.

Doña Leonor He turns 15 two weeks after he presented the awards bearing his title for the second time in his life in Oviedo, a scenario in which his words, his gestures and even his wardrobe (for the first time with high heels), denoted that left childhood behind and progresses in learning the role that it is called upon to play.

Along this path, the year since its last anniversary has been a crash course on the difficulties faced by both the country and the monarchical institution itself.

His life has undergone in this period some changes identical to that of most adolescents, who, as a result of coronavirus, have seen how they had to seclude themselves at home, change habits and follow their classes by videoconference.

Together with his sister, in full confinement, he joined the wave of solidarity at the time that Spain was living and, in a video broadcast by Zarzuela, he recalled the suffering of those who had lost a relative due to the disease and thanked their work to everyone who was helping in the fight against it.

“You are all important”, then said the princess in what was her second public presence of the year after accompanying her parents on February 3 to the solemn opening session of the Cortes.

Almost all the others have been linked to the pandemic or made reference to it in their interventions.

Thus, in mourning, he participated with the king, Doña Letizia and the Infanta Sofía in a minute of silence in Zarzuela for the victims of covid-19, he attended the central act of tribute to all of them at the Royal Palace, and in his speech at the delivery of the Princess of Asturias Awards he called for the responsibility of young people before him coronavirus.

In several of these acts and in others such as the celebration of the National Holiday on October 12, Mrs. Leonor has coincided with representatives of United We Can who, already as members of the Government, have continued to criticize the monarchy.

Attacks on the Crown

The age of the princess makes her fully aware of what she represents, what the institution entails and the attacks she suffers from some political and collective groups of various kinds.

And you can also already understand the scope of a situation like the one that has led to your grandfather, King Juan Carlos, to leave Spain before a situation that has served to feed the arguments of those who want to end the monarchy.

Faced with this, Doña Leonor prepares for her role as heir to the Crown, the one that the queen did not hesitate to remember when this summer, in the Balearic Islands and on the princess’s first visit to a social inclusion center, a young woman asked her that I wanted to be when I grew up.

“What it has to, not what it wants to be,” recalled Doña Letizia, appealing to the smooth evolution of history.

His 15 years already glimpse a gradual increase in its institutional presence and they approach the answer to questions such as whether he will have military training, what type, what studies he will undertake, whether he will study one abroad …

Also when will she represent Spain for the first time in an international event, a premiere that her father starred in Cartagena de Indias when she was the same age that the princess is now.

For now, Dona Leonor, more and more involved in her public appearances but still without abandoning shyness, she continues with her preparation.

Until he comes of age, unknowns will continue to be cleared about his future, and when he turns 18 on October 31, 2023, he will have to swear before Congress, as his father did, fidelity to the Constitution.

On that day, if the current legislature is hurried, Spain will be at the gates of some general elections. And if the government remains unchanged, the princess will see in the blue bench some of those who wish she would never reign.