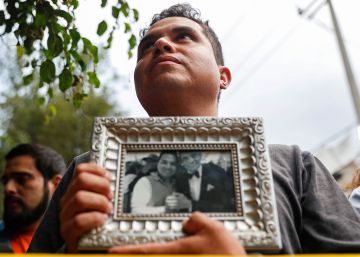 Game over. Game over. So says the meme that circulates on social networks about the recent death of José José, the prince of the song. In black and white photography appear Rocio durcal, Juan Gabriel, Camilo Sesto Y Jose jose. After Camilo's death, we are all amazed that the survivor of that time of great balladists was the one who (they say) took care of himself. Although he no longer had that great voice that led him to the summit, José José was still alive despite several operations and a precarious state of health.

He no longer did tours or concerts, but his voice was still present in the recordings he made in his more than 50 years of artistic career. It has never been absent: it sounds on the radio of taxis, of collective transport; in the living room of Mexican homes, at meetings and parties; in karaoke, in bars and canteens where thousands of street musicians pass with their guitar and for a few pesos delight you with one of Jose Alfredo, from Chente, from Juanga or of Jose jose.

I do not consider that the memes circulating from José José are offensive. On the contrary: they are a tribute to the popularity and affection that has its mythical figure. And it is that in addition to classics like Hawk or dove, What one day was will not be, Forty Twenty, The ship of oblivion, The sad, The past is the past, Love and love, Pillow (to mention a few) we know one or several stories of their endless parties, either first-hand by people who worked by their side, on their label or on tour, or by word of mouth gossip, from heart magazines. But those stories do not make us move away: on the contrary, they bring us closer to the artist because we see in him a human being like us, not perfect but vulnerable, who drowns his sorrows, and his triumphs in alcohol. How many Mexican rockers we don't owe our alcoholism so much to Jim Morrison like José José!

José Rómulo Sosa Ortiz was a great musician. Maybe not what his parents wanted: his father was an opera singer, his mother pianist and he rebelled by going to popular music. When the they discovered played the double bass in a trio of bossa nova. He had a powerful, baritone voice, which he never touched, with a very wide tonal range that reached both high and low notes. Although he did not compose the songs he sang, he made them so his that no one hesitated to call them José José's songs.

In the group to which I belong, Tacvba coffee, we have always approached songs by other composers and singers to honor them. One of them is One morning composed by Claire Fisher popularized in Spanish by José José. When we wanted to use it for our third album Avalanche of successes, we learned that Fisher was not at ease with the version of The Prince, so he sent us another version in Spanish for us to use. We did not want: the reason for our approach to that song was José José, changing the lyrics was to get him out of the play. We didn't record it, but we kept playing it live. It was until the José José BMG / Ariola record company made a tribute record with Mexican rock groups that we could record it. I do not doubt that in the tour that we are currently, that of our 30th anniversary, we will touch it again to accompany José José on his trip to the stars.

One does not realize the admiration he has for a person until he dies. It is sad but it is. Receive in recent times the news of the death of creative people that I admire as Celso Pineapple, Francisco Toledo, Daniel Johnston, Camilo Sesto, Ric Ocasek and now José José, however eclectic it may seem, all these deaths I feel and I suffer with the same heart.

Mrs. Death, take the destroyers and leave us to the creators, that they make us enjoy more of this world in which we live. Have a good trip, José José, or rather: cheers!

Joselo Rangel He is a musician, member and founder of Café Tacvba