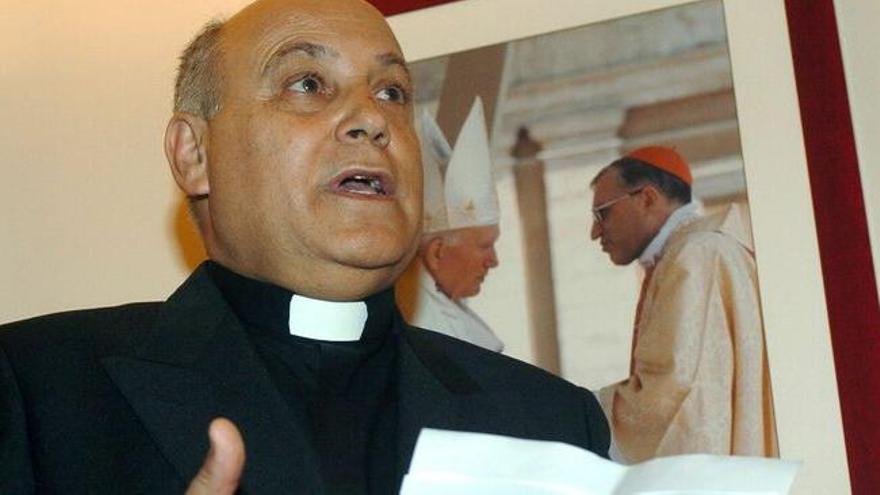 “Copy sent to JF”. A short SMS links a priest with the protagonists of the espionage of Luis Bárcenas. And not the false priest who snuck into the house of the former treasurer, but a real priest. Silverio Nieto (Almendralejo, 1947) is not just any priest. It is one of the most powerful and influential in the recent history of the Spanish Church, and now it is known, thanks to the summary that investigates the “parapolice operation”, that it was the intermediary of messages between the former Minister of the Interior, Jorge Fernández Díaz (JF ) and then number two indoor, Francisco Martinez. It is Commissioner Enrique García Castaño, investigated in the plot, who delivers to the judge and prosecutors the message that the Secretary of State for Security wrote, warning that if he fell, Fernández Díaz and probably Mariano Rajoy would also do so.

Silverio Nieto is not a common priest. He has had many lives. He was a sailor, a policeman – he worked for Interpol -, a spy, a judge, a magistrate, a priest … Through his hands all the secrets of the Spanish Church have passed, and from his head many of the legal strategies of the bishops have emerged in the last decades, especially during the long term of Cardinal Rouco Varela, whom Nieto has brought out of many wrongs.

Personal friend of Fernández Díaz – the former minister points out in his memoirs that Nieto was one of his references at the time of his religious conversion, and many say that the priest ended up becoming his personal confessor, something that the priest denies – Silverio Nieto it had a very relevant role in Church-State relations during the Zapatero governments and, especially, Mariano Rajoy.

The guardian of the secrets of the Church

As director of the Civil Legal Service of the Episcopal Conference since the beginning of the century (a position he no longer occupies, although he remains as such on the Spanish Episcopate’s website), Silverio Nieto, ordained a priest in 1999 in a never explained ‘late vocation’, he had to deal with financial scandals like those of Gescartera or Cajasur; assumed the common action of the bishops in the more than dubious registration of goods on behalf of the Church that occurred between 1998 and 2015 (some 40,000, according to the report of the College of Registrars, which has not yet been made public); and, above all, he was the head of the management of cases of pedophilia, which, first by dropper and later in gush, emerged in the Spanish Church.

Silverio Nieto is largely due to the drafting of the anti-abuse protocol of the bishops of our country – approved in 2010, but not released until eldiario.es published it in 2015, in full ‘Romanones case’ – which had to be reformed months ago after the new Vatican ordinances.

With Nieto’s advice, the Spanish dioceses faced the pedophilia scandal with uneven results. In fact, the victims accuse the cleric of acting as a “double agent” in cases such as the abuse in Granada or the “Gaztelueta case”, for which an Opus Dei professor was convicted of abuse at the first college founded by the Work in Spain and of which this media widely reported

With García Castaño in his detention

Very close to Rouco Varela, Silverio Nieto had his moments of glory during the pontificate of Benedict XVI. With the arrival of Francis, some ecclesiastics brought to Rome their doubts about the cleric’s actions and his strong links with judicial, political and police forces of dubious reputation. In fact, when García Castaño was arrested in July 2018 for his involvement in the Bárcenas case, it was Silverio Nieto who was with the former commissioner.

After the ‘Gaztelueta case’, the priest-judge-police fell into disgrace – his appointment as representative of the Spanish Church in the Vatican’s anti-abuse commission was paralyzed – and he is seen on rare occasions in Añastro, headquarters of the Episcopal Conference in Madrid). Visibly slimmer, although maintaining his perfect tan, the priest continues to exercise his ministry in the parish of La Concepción in Madrid, while one of his nephews is responsible for the legal affairs of the episcopate. Your phone rings a lot less now than before. Although surely, in recent days, you have received more than one SMS. “Copy sent to J. F”.