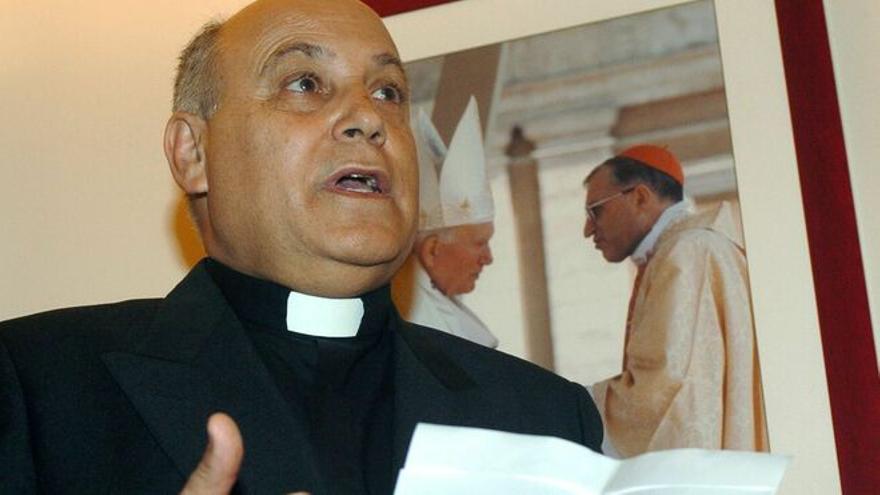 Silverio Nieto, the priest who allegedly acted as an intermediary between the former Minister of the Interior, Jorge Fernández Díaz, and the one who was his number two, Francisco Martínez, has denied this Monday in court to have any kind of influence in the former positions of the Ministry of the Interior that are being investigated in Operation Kitchen.

The priest, who is a personal friend of Fernández Díaz, has assured that he is not aware of the notarial acts of Martínez in which the SMS that his former boss allegedly sent him with instructions on the espionage operation to Luis Bárcenas are printed. According to sources present in the statement consulted by elDiario.es, one of the prosecutors in the case, Miguel Serrano, has assured that some of the priest’s statements “do not conform to reality” and that “seem to deny” his version that they do not it dealt with professional matters with those involved. Nieto was summoned as a witness and, therefore, with the obligation to tell the truth.

Nieto is one of the most powerful and influential priests in the recent history of the Spanish Church. His name is cited in the summary of the Kitchen operation because of the messages that Martínez sent him and that he forwarded in turn to Enrique García Castaño, head of the Central Operational Support Unit (UCAO) during these alleged parapolice maneuvers and who is also being investigated. It was this commissioner, also Nieto’s “person of trust”, who voluntarily showed and read them in his statement as investigated in March 2019.

According to a report from the Anti-Corruption Prosecutor’s Office, in one of those communications, Martínez commented on his intention to provide the judge with the messages that Fernández Díaz would have sent him with “very clear and explicit instructions” about Kitchen – collected in the aforementioned notarial acts – and warned that this movement would entail “the summons of Jorge [Fernández Díaz] and probably from [Mariano] Rajoy ”. This message was sent on Thursday, January 23, 2020, a day before the former Secretary of State appeared as investigated in the National Court.

Nieto has acknowledged that he received that message although he did not give it importance because he understood that Martínez sent it to him as a “relief” and also that he forwarded it “without any comment” to both García Castaño and Fernández Díaz, who replied that he did not remember having No message sent to Martínez and less about police operations. In this way, the priest has assured that he already knew the version that the minister has given in court, which ensures that he did not send the messages that incriminate him. In fact, the former minister has delivered an expert report to the judge concluding that the messages that certify his knowledge of the espionage of Bárcenas are manipulated.

During his statement, Nieto has denied having influence on the professional matters of those investigated. Regarding Fernández Díaz, who says in his memoirs that he was one of his references at the time of his religious conversion, he has assured that he maintains a friendship for many years although they did not talk about things about his position. Regarding García Castaño, he has acknowledged that he is his friend, who met in his police stage, although he has also denied that they discussed professional issues. Regarding Martínez, of whom he was a professor at ICADE, he said that he did not talk about work with him either, that he did tell him that he felt “abandoned” and that he became a kind of “civil confessor” for him. He has insisted that, in any case, they could be asked a question regarding his defense in the framework of this investigation since he is also a magistrate.

Silverio Nieto is not an ordinary priest. In addition to being a judge and a policeman – he was assigned to Interpol – he was a spy and from the beginning of the century held the position of director of the Civil Legal Service of the Episcopal Conference. From that position, which he no longer holds, he advised the Spanish dioceses in various pedophile scandals. Some victims accuse him of acting as a “double agent” in cases such as the abuse in Granada or the “Gaztelueta case”, for which an Opus Dei professor was convicted of abuse.