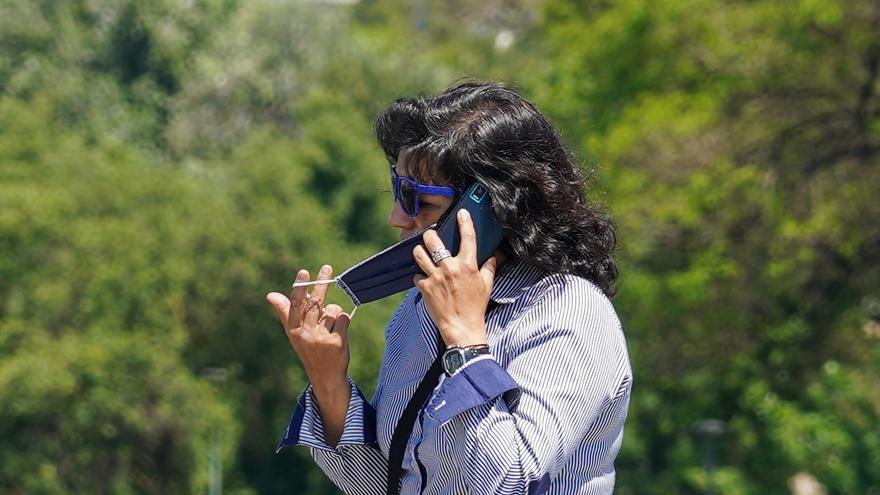 It is enough to see a commercial break on television or look at the advertisements that appear when browsing the internet to see the price war waged between the telephone operators in recent weeks. The different companies seek positions for the new course, attracting customers from rivals after a state of alarm in which company changes were halted. Now, with a renewed telecommunications law on the horizon and with the arrival of new competitors in recent months, the sector is once again raising the pressure on prices to swell its list of clients.

Telecommunications services have become essential with the coronavirus crisis, confinement and the rise of teleworking and distance education. However, the big telcos are not reaping good results on the stock market. Among the big three that operate in Spain, Orange leaves this course for 32% of its value; Vodafone, 41%; and Telefónica, which this week hit its minimum since privatization, 52%. Singular Bank analysts noted this week that among investors there is no confidence in the business of telecommunications companies: “It is a sector that has failed to meet investor expectations in recent years despite the boom in mobile telephony.” To this are added other factors such as doubts about 5G or the great debt of these companies.

Against this background, companies in the sector are concentrating on improving their business volume in two ways. On the one hand, significant investments have been made in television content to attract customers through packaged contracts (those that have several services together), which are the ones that pay the highest monthly bill. On the other hand, it has sought to win customers through aggressive mobile or fiber price offers. The big companies play in both leagues, since they have second brands for the lower cost segments: Telefónica has O2, Vodafone has Lowi, and Orange plays with different brands such as Amena, Simyo or República Móvil.

“Unfavorable prices” in a “saturated market”

The question is whether this low price strategy benefits a highly competitive sector. A recent Morgan Stanley report, quoted by Europa Press, stated that “although the (Spanish) market remains polarized between the high end and the low end, we consider that the trend is moving in the wrong direction in all segments.” “Unfavorable prices for the sector, with offers with more data, faster speeds and / or lower prices reflect the state of a saturated market that recently saw two new competitors enter and where low-end brands become more aggressive and premium brands are forced to reorganize, “the report noted. “It is not foreseen that this trend will have a near end,” he concluded.

In the presence of Movistar, Vodafone and Orange, MásMóvil has joined in recent years, gaining customers from the big three through its offers and the acquisition of small operators. This year Euskaltel has come to eat its share of the cake, which with an alliance with Virgin, has launched its services throughout the country, being the fifth operator in the entire territory. This market has been joined by increasing competition from other smaller operators, such as the Romanian Digi. Although it already has a history of several years, initially linked to the Romanian community in the country, in recent times it has been leading the gain in mobile phone customers among the lowest cost segments.

Both Digi and Vodafone come from being the companies that captured the most mobile lines last August, according to unofficial data from the sector, in the absence of confirmation by the CNMC, responsible for the benchmark statistics among operators. Both the Romanian and the British, together with MásMóvil, are the three companies that have earned the most clients so far this year. The latest official data that are known were made public this Friday and correspond to the month of May, in full alarm. In that month, 295,000 users changed their mobile phone company, which is almost half the levels that existed in the same period of 2019. The statistics are weighed down by the government’s ban on portability in the first weeks of the state of alarm .

Another factor that looms in the future of the commercial battle between the telephone companies is 5G. For the beginning of next year, the great auction of the radioelectric spectrum of this new connection technology is planned throughout the territory. Some companies such as Movistar, Vodafone, Orange or Yoigo have already launched services of this new technology, called to be a new generation for connection services. It remains to be seen the repercussions on the market when this service expands in Spain, although Singular Bank analysts already warn: “Investors are somewhat skeptical in trusting that 5G represents a true revolution and that those billions invested in the technology to be ultimately profitable. ”

This tough fight for the market comes just when the Ministry of Economy has presented the text of the draft of the new General Telecommunications Law. The new regulation is focused on incorporating into Spanish legislation the directives approved by the European Union. The Secretary of State for Telecommunications explained that this new text focuses on harmonizing the rights of users with those in force in the rest of Europe and facilitating the portability process for customers who want to change telephone company. At the moment it is a text prior to the bill, which should enter into force in the middle of next year.

Offers must be clear and comparable

In a market where the number of offers multiplies, especially in periods such as the current one, with many differences between speeds, amount of data or technical characteristics, the new draft Law highlights in its articles the need for these commercial proposals to be clear, understandable and comparable to each other. So much so that the future law contemplates that the Ministry itself “will guarantee that end users have free access, at least, to an independent comparison tool that allows them to compare and evaluate the different internet access services and communications services. available interpersonal skills. ”

Regarding contracts, the new law requires companies to be more transparent regarding the services included in the offer and what their conditions are. In addition, it includes a maximum time limit of two years for these contracts. After this period, which must be informed by the companies when it expires, users will not have to pay to cancel it. Furthermore, users may terminate a contract if the operator applies changes to the conditions of service, unless they are modifications “exclusively for their benefit”.

Another novelty of the new law is that this time if packaged contracts are contemplated within the law. These contracts incorporate various services, linking, for example, mobile, landline, internet connection and television. Capturing this type of customer has been the objective of telephone companies in recent years, as they are customers with a higher bill. Consumers will be able to cancel these contracts free of charge if one of the included services does not comply with what is agreed in the contract.