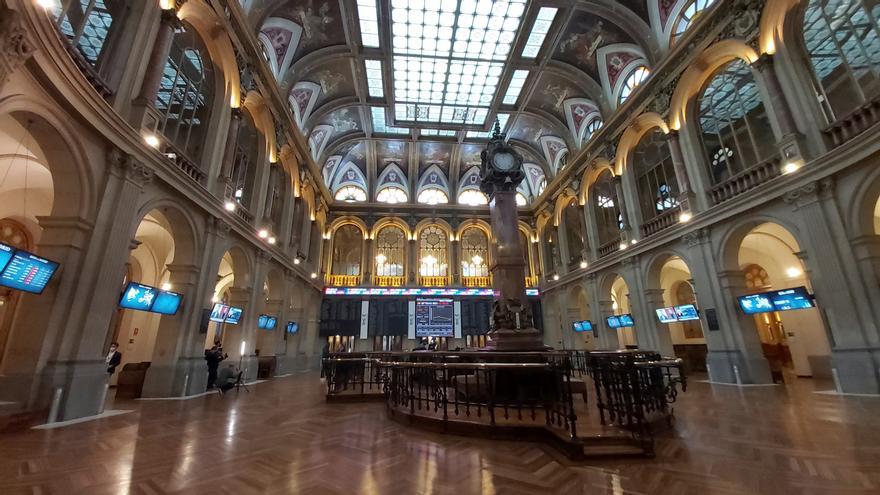 Gas futures prices fell 15% this afternoon to 68 euros per megawatt hour, according to the reference TTF for the month of March. The fall in the price of this fuel coincides with the relaxation by Russia announced this Tuesday of the presence of troops near the border with Ukraine, dispelling fears among investors of an imminent invasion that hovered over the markets on Monday and caused a general fall in the stock markets. The price of gas falls to levels at the end of January.

After the widespread falls on Monday, the European stock markets have closed this Tuesday in positive after the announcement by Russia of the withdrawal of some of its troops that were near the border with Ukraine. This has caused the stock markets to breathe after a difficult day. The Ibex 35 marked a rise of 1.68%, with which it has again overcome the barrier of 8,700 points lost on Monday. The rest of the main European markets also closed in green, with the German Dax growing by 1.8%; the Paris Stock Exchange with a rise of 1.7% and the Milan Stock Exchange above 1%. European indices, which had started negative, benefited from the rise in US markets at the open. The Moscow Stock Exchange, with the reference Moex index, also recorded an increase of 1.8%.

Siemens Gamesa has been the company with the best performance on the Spanish Stock Exchange with a rise of over 7%, driven by a possible takeover bid. Rovi, IAG, Ferrovial or Meliá are the other companies that have recorded an increase of more than 3% on Tuesday. Only six values ​​have closed in negative, among which Naturgy stands out, with a drop of more than 1%.

Other indications also mark a relaxation after Monday's data. This is the case of the risk premium —the differential that Spain pays with respect to German debt—, which has given a slight respite after its significant growth last day, going from 85 to 102 basis points. It remained at 100 points, following, yes, at the highest levels since the summer of 2020. The euro is also trading at 1.13 dollars, which represents a slight increase compared to Monday's reference.

The situation between Ukraine and Russia has also affected the price of oil, which yesterday reached a maximum since 2014. In the case of the barrel of Brent, a reference in Europe, it fell 3.3%, standing at 93.25 dollars per barrel, while the West Texas, a reference in the US, fell 3.88%, to 91.76 dollars.

The increase in tension between Russia and Ukraine caused a general downward closing in European stock markets on Monday. The Spanish, with the Ibex 35 as a reference, dropped 2.55%, while in Milan the drop was just over 2% and in Frankfurt the fall was 1.92%. All of them managed to soften the falls in the last trading hours but could not avoid closing in negative.

The Credit Suisse bank has estimated this Tuesday that world markets will experience a 'rally' in the event that the crisis between Ukraine and Russia ends through a negotiated agreement, with positive effects for the whole of Europe. In a report published on Tuesday, Credit Suisse chief investment officer Michael Strobaek said an agreed solution would quickly reduce market volatility and raise risk tolerance.

"The stock and credit markets would suffer a 'rally', along with Russian assets (shares, debt and the ruble), as well as the European Stock Exchanges," said the executive of the Swiss bank. This scenario would be the most positive for the economic growth of European countries and will normalize their inflation rates, which would allow the ECB to move away from any rate hike.