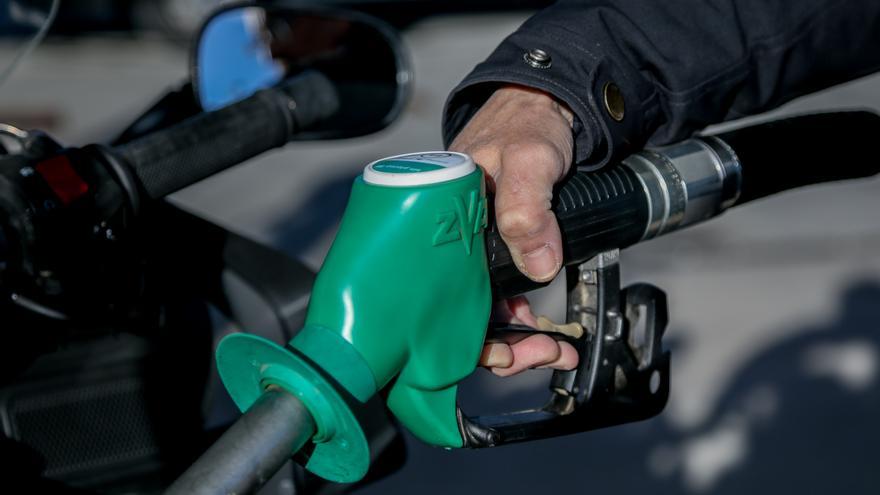 The price of fuel will be the highest in history during Easter, despite the bonus of 20 cents per liter that came into force on April 1 for all consumers.

The price at each gas station this Thursday: check the cheapest gasoline in your area

The average price of a liter of gasoline and diesel already registers this discount this week and they have fallen to 11.27%, although it remains at levels never seen for this holiday, which happens to be the first big 'macro bridge' of the year.

Specifically, the average price of a liter of gasoline has dropped by 11.27% compared to last week, to stand at 1.613 euros, its lowest level since the end of February, according to data from the European Union Oil Bulletin collected by Europe Press.

In the case of diesel, which consolidates the 'sorpasso' that gasoline starred in last week, exceeding its price for the first time since December 2011, the fall is 10.34% compared to seven days ago, to go back to 1,647 euros per liter, at the levels of the beginning of March.

Thus, in both cases the discount of 20 cents per liter of fuel is consolidated in the prices -of which the State assumes 15 cents and the big oil companies a minimum of 5 cents-, a measure that will be in force, in principle, until the next June 30, and which was adopted by the Government within the framework of the plan of urgent measures to mitigate the effects of the war in Ukraine.

In any case, this respite, in the form of aid, in fuel prices, which represents a reduction of almost 11 euros in filling the tank, will not prevent this from being the most expensive Holy Week in history for drivers, also coinciding that it will be the first since 2019 with mobility without restrictions due to Covid-19.

Thus, after two years in which journeys have been conditioned by the pandemic, between April 8 and 18, 14.6 million long-distance journeys are expected in the country, 2.10% less than in the Week Santa of 2019, according to data from the General Directorate of Traffic (DGT).

In the wake of the oil price

The rise in fuel prices, especially in the last month and a half, was recorded in the context of the rise in the price of a barrel of Brent, which after the start of the war in Ukraine climbed to 131 dollars. This Thursday it was trading above 101 dollars. In the case of American Texas, the barrel was exchanged at almost 96.5 dollars.

The price of fuel depends on multiple factors, such as its specific price (independent of oil), the evolution of crude oil, taxes, the cost of raw materials and logistics, and gross margins.

In this way, the evolution in the price of crude oil is not transferred directly to gasoline prices, but rather with a time lag.

Despite these levels, the price of unleaded gasoline of 95 is in Spain below the average of the European Union, located at 1,855 euros per liter, and of the euro zone, with an average price of 1,918 euros. Something similar happens in the case of diesel, since the price in the EU is 1,861 euros and 1,891 euros in the euro zone.

The lower level of final prices with respect to surrounding countries is due to the fact that Spain, despite VAT, higher taxes and levies on biodiesel, continues to have lower fiscal pressure, in general, than the community average.

You can search on this map for the gas station closest to your town to check the prices: