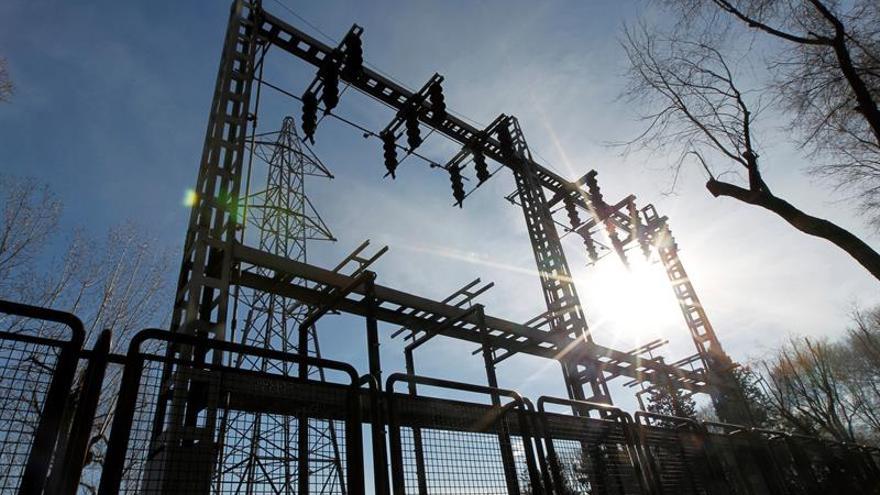 Never seen. The average price of the wholesale electricity market, which determines a part of the bill, will reach this Thursday, August 12, the record figure of 115.83 euros per megawatt hour (MWh), chaining its fourth consecutive historical maximum and pulverizing the record of 113.99 euros / MWh registered this Wednesday.

This succession of unprecedented records comes with Spain already mired in the first heat wave of the year, which will boost the demand for air conditioning, and boosted by the very high prices of CO2 emission rights and natural gas.

Permits to pollute already exceed 57 euros per ton, compared to 30 euros in December, and the price of gas in the Mibgas market (the reference in the Iberian Peninsula) is close to maximum, in a context of strong demand from Asia and supply problems from Russia.

However, it is hydraulics, and not combined cycle plants (which use gas as fuel), the technology that is driving the price of electricity these days in most hours in the wholesale market. According to data from the Iberian Electricity Market Operator (OMIE), between Monday and Wednesday, with three consecutive records in the pool, it was the source that set the price 75% of the hours. On Monday he did it for 22 hours.

The price set for this Wednesday is almost triple that of the second Thursday in August 2020 (40.5 euros per MWh) and is 1.61% higher than the previous maximum of this same Tuesday. It is the fifth historical record that has been reached in the last month, since last July 21 the so-called pool stood at 106.57 euros per MWh, surpassing the previous maximum of January 2002.

In the first twelve days of August, the pool stood at more than 99 euros / MWh on a daily average, compared to 36.2 euros in the same period of 2020 and 92.41 euros in July, the most recent month so far. expensive ever. Last month’s spiral already made 2021 the year with the most expensive pool in history. The average price so far in 2021 already exceeds 65 euros / MWh, compared to just over 30 euros a year ago (unusually low due to the pandemic) and 60.18 euros in the same period of 2008, the year most expensive so far. Forecasts point to high prices for the remainder of the year.

The lack of control of prices, with the Government on vacation, has caused a political storm and this Wednesday the Deputy Secretary of Communication of the Popular Party, Pablo Montesinos, has raised the tone against the Executive and has urged the president, Pedro Sánchez, to resign if not It already presents a “shock plan” against this “scandalous” rise. On Tuesday, the Minister of Finance, María Jesús Montero, blamed the escalation on the previous governments of the PP.

In a note released this Wednesday, the Aelec electricity employer, made up of Iberdrola, Endesa, Viesgo and EdP, assures that companies “are not benefiting from the price increase in the wholesale market. On the contrary, gas activity is the one that has benefited from the current market situation ”.

It also affirms that generation without emissions, “where Aelec’s companies mainly stand out, contributes to lower pool prices”. He adds that this situation is affecting the rest of the European markets, but the regulated rate model of the voluntary price for small consumers (PVPC) “transfers volatility to the residential customer”, with an impact that he estimates at “about 4 euros per month”.

The price of the pool has a weight that the National Commission of Markets and Competition (CNMC) recently estimated around 24% in the electricity bill of the more than 10 million consumers covered by the PVPC, although this percentage has been increased with the increases of the last weeks. The 17 million supplies that are on the free market are not directly affected by upward swings in the pool, but neither do they benefit when they occur downward, as happened last year.

Despite the publicity of the electricity companies that urges them to contract their offers, all the experts recommend PVPC to domestic customers, because in the long run it is less expensive. Recently, Iberdrola and Endesa demanded changes in the semi-regulated rate in order, according to Endesa, to “protect” the consumer from fluctuations in the pool.

The spectacular escalation has eaten up the effect of the measures approved by the Government so far: VAT reduction from 21% to 10% on the electricity bill and temporary suspension in the third quarter of the tax on electricity generation (7%). The Executive has proposed to the European Commission a reform of the marginalist market, which rewards all technologies at the price of the most expensive, to reduce the impact on consumers’ pockets. The other two measures that he has proposed, via a bill, to lower the bill (a fund to remove the premiums for renewables from the rate and a mechanism to cut the extra benefits of CO2 from hydroelectric and nuclear) will take months to complete. come into force.

This week, the consumer association Facua called on the coalition government to “undertake new measures at once to curb speculation in the setting of electricity rates” with a decalogue of requests, including a change in the rules of the auction of the wholesale market, the reduction of VAT permanently, the control of “fraudulent offers” of the electricity companies and the approval of a new model of social bonus that represents at least a 50% discount on the invoice and which can be benefit families that earn no more than 2 minimum wages, which would increase to 3 depending on the number and characteristics of the members.

The association also demands a recovery for the State of the hydroelectric power plant concessions that expire, as Podemos has been claiming for years and is rejected by the third vice president and minister for the Ecological Transition, Teresa Ribera, “to integrate them into a public energy company, so that with it, fair prices can be set to help reduce the electricity bill. ”