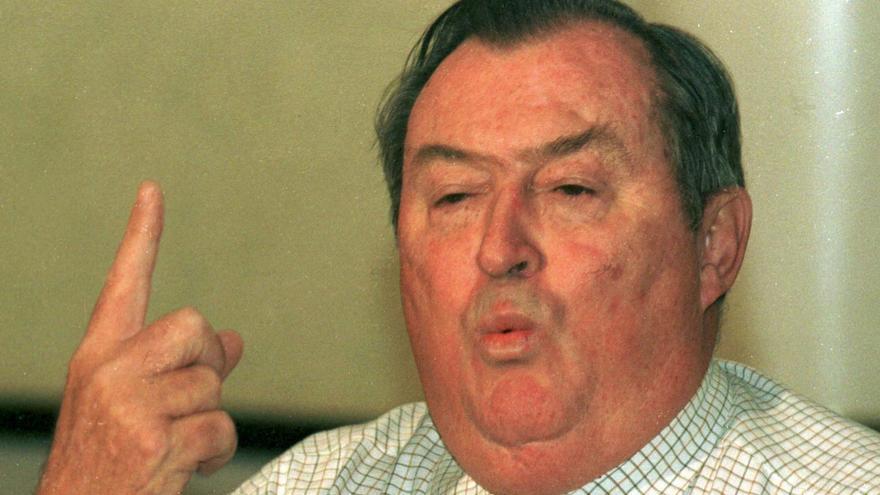 The paleanthropologist, conservationist against hunting sneaky and white Kenyan politician Richard Leakey He died this Sunday at the age of 77, Kenyan authorities confirmed.

"In addition to his distinguished career in public service, Dr. Leakey is famous for his prominent role in the vibrant civil society of Kenya, where he successfully founded and directed several institutions, "the president of this African country said in a statement released this Sunday, Uhuru Kenyatta.

The Kenyan Government did not specify the cause of death.

Born in Nairobi In 1944 and the son of two renowned archaeologists, Leaky led the Kenya Wildlife Conservation Service (KWS) for four years and promoted controversial measures against the poaching.

Under his leadership, the KWS was considered the governmental body "more corrupt" the country to become "an example" of how to reverse this situation, he himself pointed out in an interview with Efe in 2015.

In his fight against the mafias of ivory trafficking and rhino horn, Leakey drew controversy on numerous occasions, such as when he decided to burn dozens of tons of confiscated ivory.

"It was dramatic", recalled in that conversation, and attracted a lot of publicity towards elephants and poaching, something Leakey always sought, knowing that public awareness was the best way to raise funds and promote international laws against the sale and trafficking of ivory.

Leakey worked in the field of paleoanthropology, with such outstanding discoveries as "The men of Kibish" - 195,000-year-old Homo sapiens fossils, the oldest to date - or "The Turkana boy" - the complete skeleton of a child who died 1.6 million years ago-.

His work "The Making of Mankind" is a world reference on the evolution of first hominids.

After his work at the KWS, Leakey entered politics, joining the Government of Kenyan President Daniel Arap Moi (1978-2002) between 1999 and 2001, when he was removed from office.