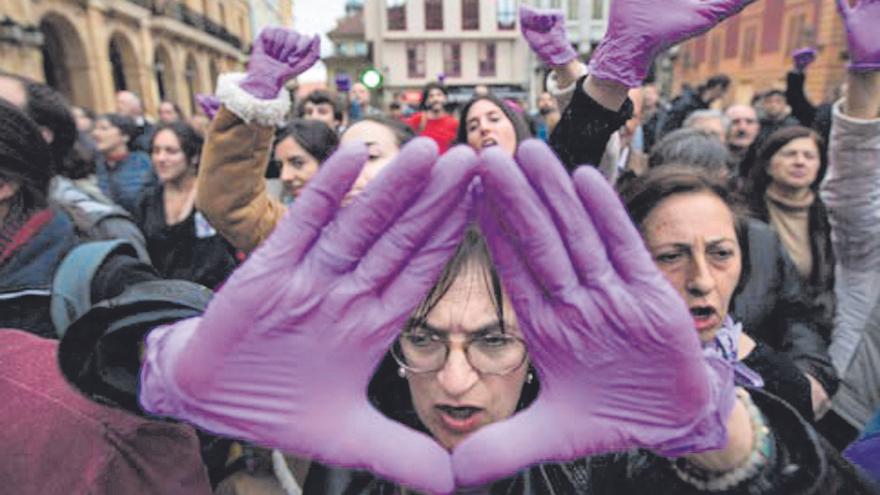 The increase in sexist attacks and homicides after the pandemic is not new. In other emergency situations, which also limited the movement of people, this upward trend was also observed. This happened, for example, after the tsunami in Japan or the wave of fires that devastated Australia.

The president of the Observatory Against Domestic and Gender Violence, Ángeles Carmona, affirms that “sexist violence has been rampant during the health crisis and, with the return to our habits prior to the pandemic, it has once again shown itself with all its cruelty ». In his opinion, supported by data, “restrictions on mobility have allowed abusers to have absolute control over their victims. With the return to normality, the situation has changed: that tight control has disappeared and the consequence is what we are all witnessing with horror.

With the disappearance of the confinement it seems that the “pressure cooker” has exploded. On the one hand, as Carmona points out, there is the end of that absolute control and the greater social life of women, which has reactivated the physical violence exercised by the abusers. On the other hand, as pointed out by the Feminist Platform of Asturias, and as a consequence of this 24-hour-a-day control during the “confinement”, “it is quite logical to deduce that this period has caused an increase in their decision to abandon the abuser at the end of this situation. The victims “have exceeded that limit that moves them towards that change, a change that the abuser does not accept and that moves him to increase the level of violence that he exerts on her”, with the tragic end of the murder in those 21 cases in which It is the 13th year since the end of the state of alarm.

The feminist Eva Irazu, clarifies that her association is not a specialist in sexist violence, although it is directly involved. Even so, and with caution due to the seriousness of the situation, he explains that “in view of the information available through the studies carried out and the accumulated and recent data, we do share the idea that this rebound may be due to the loss of control of the macho man over the woman who decides to abandon him and over whom he loses control. The situation of confinement and semi-confinement that we have experienced has resulted in an even greater control of the abuser over the woman.

The Ministry of Equality is rethinking its strategy and has started a series of meetings with different groups to design new protection measures for battered women. For Irazu “the solutions are complex.” In the opinion of the feminist collective “it is necessary to increase the quality of support and defense services for women victims of gender violence. Because they fail and that is undeniable. One of the keys is in the complaints, which have decreased in this period.

“The system doesn’t work and they (the victims) know it, they don’t trust it. He re-victimizes them and it is understood that, faced with these risks and with little hope of a favorable solution, they decide not to report. Added to the fact that they know that the complaint will have negative consequences for them as well and the victims do not want them to do badly. They just want to live quietly and feel safe. On many occasions they go to complaints only when they do not see another available outlet.

Asturian feminists ask to change the focus a bit, to broaden the view, because they believe that “it may be more effective to control the person who commits the crime, not the victim. Because monitoring them is proving ineffective, as well as unfair. «Part of the solution may come from diverting attention to them, to the abusers. From all fronts. In these cases, the whole of society, including also the media, we focus on them. An analysis that is rarely carried out with them, if not towards the exoneration or mitigation of the crime ”, they point out.

The sociologist Sandra Losada, an expert on gender issues, agrees that “the de-escalation has produced an increase in the number of murders and gender violence”, something that is confirmed “with the alarming data that we are experiencing.” Losada goes further and believes that “the pandemic has only highlighted structural problems in our society, including sexist violence.”

The sociologist insists that “the last few weeks have been alarming and almost every day we hear on the news terrifying cases that make our hair stand on end. These data, coinciding with the end of the state of alarm and the relaxation of restrictions due to health reasons, suggest the relationship between the de-escalation and the increase in murders and sexist violence ”.

In his opinion, “during the months of confinement there was a considerable increase in the number of calls to 016 (telephone for attention to victims of gender violence), but this has not been the case with the number of complaints or fatalities.” Women victims of gender violence have had to face many difficulties in this pandemic: “The impossibility of leaving their home, the health situation and the perceived insecurity or the possible loss of employment or economic dependency.” In addition, Losada adds, “in many cases the victim has been locked up living with his aggressor 24 hours a day.” All this social isolation and therefore the reduction of social support networks “have left the victims more exposed than ever to the control of their partners,” he stressed.

Since Ana Orantes told her story on television in 1997 and shortly after she was murdered by her husband, which led to the approval of the law on Comprehensive Protection Measures Against Gender Violence, considerable progress has been made in the fight against it. social scourge, starting by naming it and making it visible by making it a social problem and not a personal issue that must be resolved within the couple.

“But in recent years we have been witnessing the normalization of a denialist discourse with the consequent deterioration that this supposes in the social advances that had occurred”, warns the sociologist Sandra Losada, who adds that “the pandemic, the confinement and the state alarm bells have done nothing more than to highlight a problem that already existed ».

For this reason, the specialist believes that establishing a parallelism between the end of the state of alarm and the increase in the number of fatal victims of gender violence “may lead to the simplification of a structural problem and not to investigate its root, the present machismo in our society”.

Once a good part of these restrictions have been eliminated and given the possibility for women to reestablish their social networks, to rebuild a life or to see the end of this pandemic closer and closer, this «has encouraged many women to make the decision to abandon their partners. There, according to Sandra Losada’s reflection, one of the keys may be, since «if we take into account that the most visible expression of this type of violence, murder, occurs mainly when the woman makes the decision to abandon her couple is here where we can find the cause of this increase in the number of murders. In the fact that the woman decides to break with her chains and the control exercised by her partner and not the end of the state of alarm itself.

The psychologist Noelia García Toyos abounds in the idea that the pandemic and confinement have exposed “dynamics of structural violence established in society.” “This is always happening,” he insists. “It is because women have a subordinate position in society and that is what we must change.” García Toyos agrees that “the tight control to which the victims were subjected ended with the end of the confinement and when there began to be a little more freedom of movement.” However, she wants to make it clear that “we are in a sexist society and this is a structural violence that occurs against women permanently.”

The psychologist explains in this regard that in recent weeks “all violent responses towards women have increased, not only femicides, but also harassment, rapes or assaults, and that is, in part, a response to the advances of the equality of women.

Regarding the last cases, García Toyos asks that no case of mental illness of sexist murderers be mentioned. “This has a social origin, which is something very different from mental illness, something that must be destigmatized,” emphasizes the expert, who maintains that before the end of the state of alarm, the recovery of social contacts and the decision of the battered women abandoning their partner, “men respond with violence because they are socialized to give that response,” said the psychologist.

They all agree on what the Asturian feminist platform emphasizes, that “the whole of society should be very clear that we must never accept this situation as inevitable.”

In the last few sectors of feminism, a certain discouragement has spread when seeing how the effort and work carried out over the years has not managed to end the scourge of sexist murders. That is why they insist that “we must continue to put all our effort into individual and collective change to achieve change in measures, structures, education, resources …”, in short, “in continuing to defend the right of women to live a life free of violence of any kind.