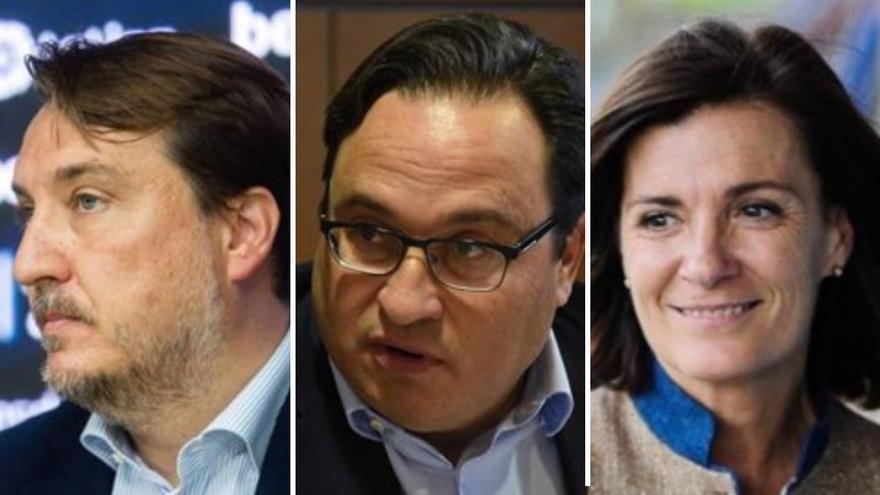 The presidents of LaLiga Santander Y Smartbank they emphasize that LaLiga’s agreement with CVC why this investment fund will inject 2,700 million into Spanish football is a “great step” and will boost professional clubs in its growth and consolidation as the best championship in the world to overcome the crisis due to the pandemic.

This was indicated the presidents of Real Betis, Angel Haro; from the Levante, Francisco ‘Quico’ Catalan; from Sportig de Gijón, Javier Fernández; and from Eibar, Amaia Gorostiza. “I think it is a very important agreement for the growth of LaLiga and for the growth of all the clubs. Because that money will mean a better balance, improve equity and provide the resources to continue growing as a club,” said Ángel Haro .

Haro He pointed out that Betis had “certain limitations” for the preparation of the squad, and that this agreement will allow them to complete it “in a reasonable way”, apart from investing in infrastructure.

“We are not going to go crazy and we are going to follow the criteria of not spending more than we have. Betis has been investing in structures such as the Ciudad Deportiva and the stadium for a long time.. This agreement is important not only for our club but for LaLiga as a concept“, he stressed.

For the president of Levante, Francisco Catalán, the agreement with CVC of LaLiga Impulso is a “unique operation” and “totally innovative” within the sector and stressed that the fact that the investment fund wants to help LaLiga grow is “great news.”

“In the short term, it will solve situations caused by the pandemic. But the most important thing is the effect in the short and medium term: consolidate a project and help a project that is LaLiga grow. To be much more competitive worldwide, to become the first benchmark at the sports and entertainment level, “he stressed.

In his opinion, the fact that an industrial partner has opted for LaLiga is a leap into the future to strengthen the structures of the clubs and make them more competitive, and to invest in infrastructure.

“The practical application that it will have in the clubs themselves is the investment in the structures and in those departments that have to evolve as technology, research, digital, and in Communication. It is an important advance, a great responsibility and it will allow us to all build the best league in the world, “he summed up.

In this sense, the president of Sporting, Javier Fernández, the agreement is a “boost” for LaLiga and its clubs, as well as for its growth and to reduce the space with respect to the ‘Premier League’. “For those of us who are part of LaLiga, it is an encouragement that a company like CVC commits itself to us and gives us industrial support. It is a personal pride that they look at us. It will give us peace of mind at the beginning regarding everything that is consequence of COVID and, from there, think about infrastructures and digitization, “he said.

Fernández stressed that Sporting is a club with a significant mass of fans paround the world and with agreements with powerful teams in China, so this agreement will help them in their expansion. “We are all very happy, proud and satisfied that we have a League that is playing for the future with many weapons,” he said.

Also, for the president of Eibar, Amaia Gorostiza, said agreement is a “great step” in the growth and consolidation of LaLiga domestically and worldwide.

“Capital is injected as a participatory loan that allows the clubs to be stronger and more financially solvent and to improve our infrastructures, among other things. And, on the other hand, CVC’s investment by Laliga prevents other competitions from gaining ground“, he pointed.

Gorostiza assured that Eibar is an economically sustainable club, but that thanks to this alliance it will be able to face investments that it would have carried out more progressively. “We have notably remodeled Ipurua, we have started the works of our Sports City and this income will allow us to cover its cost with more relief. Likewise, it will allow us to take a step further in our digital transformation strategy, facilitating and bringing even closer the relationship between our fans and the club, as well as offering them new services and new experiences that improve the show “, he commented.

A boost to the future

As reported on Wednesday, LaLiga has reached a strategic agreement with the international investment fund CVC to inject 2.7 billion euros into the competition and the clubs with the aim of continuing its transformation into a global digital entertainment company.

‘LaLiga Impulse‘, as the operation is called, was ratified by the LaLiga Delegate Commission and the Investment Committee of the investment fund, and will be executed through this new company to which the Spanish club employers will contribute all its businesses, subsidiaries and ‘joint ventures’ and the investment fund will have a minority stake of about 10 percent of the capital.

What’s more, LaLiga stressed that “it will keep intact” in this new society its sports and organization competitions, as well as the management of the commercialization of the audiovisual rights of the Spanish professional clubs.

The transaction places the value of LaLiga at 24,250 million euros, which recognizes, in the opinion of the management, its “leadership” as one of the most outstanding sports competitions “worldwide, as well as its growth potential through a greater digital presence focused on direct interaction with fans, investment in sports brand and project and internationalization.

The agreement will allow LaLiga to lead the transformation that the entertainment world is experiencing and to maximize all the growth opportunities that the clubs have to develop a new business model that allows them to diversify and intensify their revenue generation and marketing models, accelerating their digital transformation.

The 2,700 million euros that CVC will contribute will be directly concentrated 90 percent in the clubs, also including women’s football, semi-professional and non-professional football through the Royal Spanish Football Federation (RFEF) and the Higher Sports Council (CSD), which will be equivalent to more than 100 million euros.